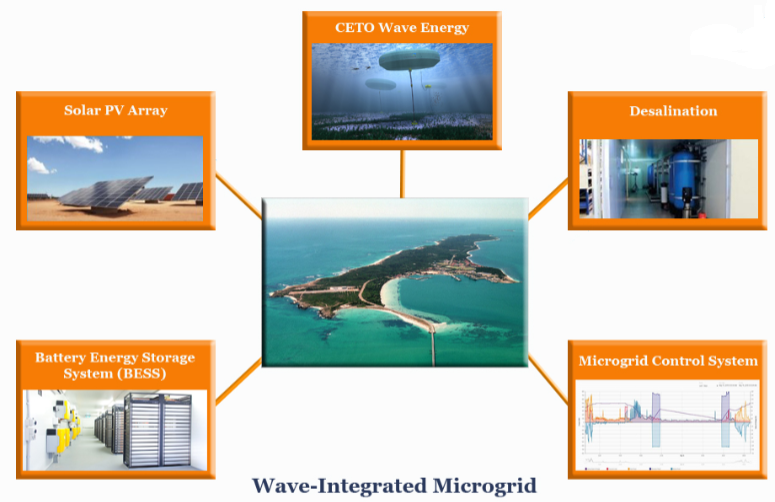 Carnegie previously announced on 30 April 2018 that it had initiated a Share Purchase Plan which allowed all eligible Carnegie shareholders to purchase between AU$2,500 and AU$15,000 worth of shares in Carnegie at 3.0 cents per share.

Carnegie said the funds raised would be used to move its wave and solar-hybrid businesses toward profitability, being used as working capital to deliver its existing projects, to further develop and convert its contract pipeline, develop its build, own and operate project pipeline and to pursue opportunities to expand its businesses either organically or through corporate transactions.

Carnegie’s managing director, Dr Michael Ottaviano, said: “We thank our shareholders for their support in the capital raise. We will now use this new capital and our existing funds to accelerate our businesses towards financial sustainability.”

In March, Carnegie started constructing the 10MW Northam Solar Farm, which will be amongst the first utility-scale PV projects to be developed on a merchant basis in Western Australia. The company also signed a joint venture (JV) agreement with property and infrastructure group Lendlease to deliver solar, battery storage and microgrid projects across Australia in December 2016. A few months prior to that, Carnegie Clean Energy announced a project pairing solar and batteries with a wave energy generation system. The company also built a solar-plus-storage microgrid for a military base in Perth, unveiled in August 2017 and welcomed by Defence Minister Marise Payne.

Elsewhere, a European consortium announced its intent to trial the use of energy storage with tidal energy, with a 0.6MW/3MWh redox flow unit from RedT Energy used as part of a European Union project to demonstrate the technical and financial feasibility of using tidal energy plus energy storage to provide reliable, renewable baseload energy.