It will mark one of the first major deployments for SolBank, a battery energy storage system (BESS) product launched by Canadian Solar subsidiary CSI Energy Storage in September last year.

The deal also deepens an existing relationship between Canadian Solar and Pulse Clean Energy. The developer was formerly known as Green Frog Power before being bought and rebranded by public sector institutional investor Investment Management Corporation of Ontario (IMCO).

As reported by our UK sister site Solar Power Portal in February last year, on rebranding Pulse Clean Energy announced that it was targeting a development pipeline in excess of 1GW in the country. The company said at the time that it had purchased nine diesel generation sites for repurposing to host BESS projects instead.

Announcing CSI Energy Storage’s new 550MWh deal with Pulse, Canadian Solar did not specify how many projects the capacity represents, nor their combined output in megawatts, simply that the SolBank equipment will be used in “various” utility-scale projects in the developer’s now 2,000MWh pipeline in the UK.

The technology company has also agreed to perform commissioning services on the projects, as well as providing long-term warranties and performance guarantees.

At the time of its launch, Canadian Solar said its annual production capacity for battery storage at its factory in Jiangsu, China, is presently at 2.5GWh, but set to be ramped up to 10GWh by 2030.

It marks the latest entry by a major vertically integrated solar company into BESS production, with others including Trina Solar, which launched its Elementa grid-scale BESS solution into the market through its Trina Storage subsidiary, also using liquid cooled LFP technology.

In November, CSI received an order from UBS Asset Management for up to 2.6GWh of BESS for projects in North America.

The company also has a battery storage development arm in the US, called Recurrent Energy. During last year Canadian Solar brought online one of the US’ biggest standalone BESS assets so far, the 350MW/1,400MWh Crimson Energy Storage project in California.

Crimson was featured in our recent retrospective look at 2022’s biggest projects, financing and offtake deals as the biggest BESS project to come online in the year that was covered by this site.

Energy-Storage.news’ publisher Solar Media will host the 8th annual Energy Storage Summit EU in London, 22-23 February 2023. This year it is moving to a larger venue, bringing together Europe’s leading investors, policymakers, developers, utilities, energy buyers and service providers all in one place. Visit the official site for more info.

February 8, 2023
Energy Networks Association has called on UK government to update energy security strategy to include energy storage by the end of 2023. 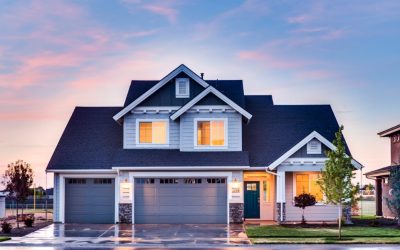