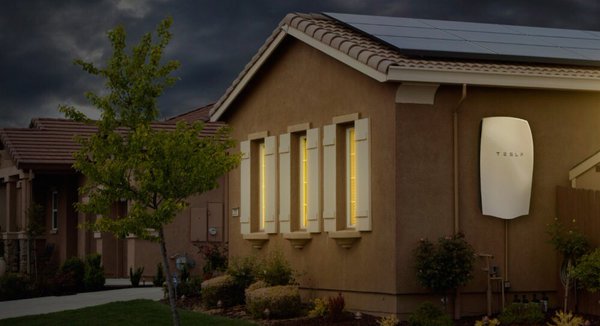 Equipment including Tesla’s Powerwall residential units will be eligible for SGIP support to 2025. Image: SolarCity/Tesla.

Following news of SB100, legislation that would set California on a path to 100% renewables by 2045, the state is also on the brink of setting up a rebate programme for energy storage equipment sales.

The rebate for energy storage equipment had been proposed some time ago. Last summer, Energy-Storage.news reported in June that the policy’s introduction appeared imminent, designed for mitigating the effects of California’s famous ‘duck curve’ of solar production versus load demand. Then, in July, the passing of the bill appeared to stumble, taken off the voting agenda at a California Assembly meeting.

At the time, analyst Brett Simon of GTM Research (now Wood Mackenzie), said it “spoke volumes” that the bill was excluded from the vote rather than “struck down” completely. Simon said that it was likely SB700 was being put to one side as California lawmakers sought to determine the future of the SGIP programme first before committing to new policy directions.

Yesterday, the California Storage + Solar Association trade group applauded as SB700 was passed by the California Assembly with a 57-18 final vote after passing the Senate with 25 votes to 13. It will now go to the attention of Governor Jerry Brown for his approval. The association said the Assembly’s vote was a “broad, bipartisan victory for local clean energy”, likening it to the start of 2006’s California ‘Million solar roofs’ programme.

As well as extending SGIP to 2024-2025, the bill will add up to US$800 million of support for storage and other clean energy tech, which could enable a total US$1.2 billion of customer-side investments in energy storage.

“If we are going to get to 100% clean energy, we need to be using solar power every hour of the day, not just when the sun is shining. This bill will protect clean energy jobs while also protecting consumers from ever rising energy bills,” Senator Scott Wiener said.

“SB 700 provides clear and consistent policy that will drive down costs, expand access, and support job growth. Solar combined with batteries is a clean, reliable and affordable solution that can and should be available to all,” Alex McDonough, VP of public policy for residential PV company Sunrun, said.