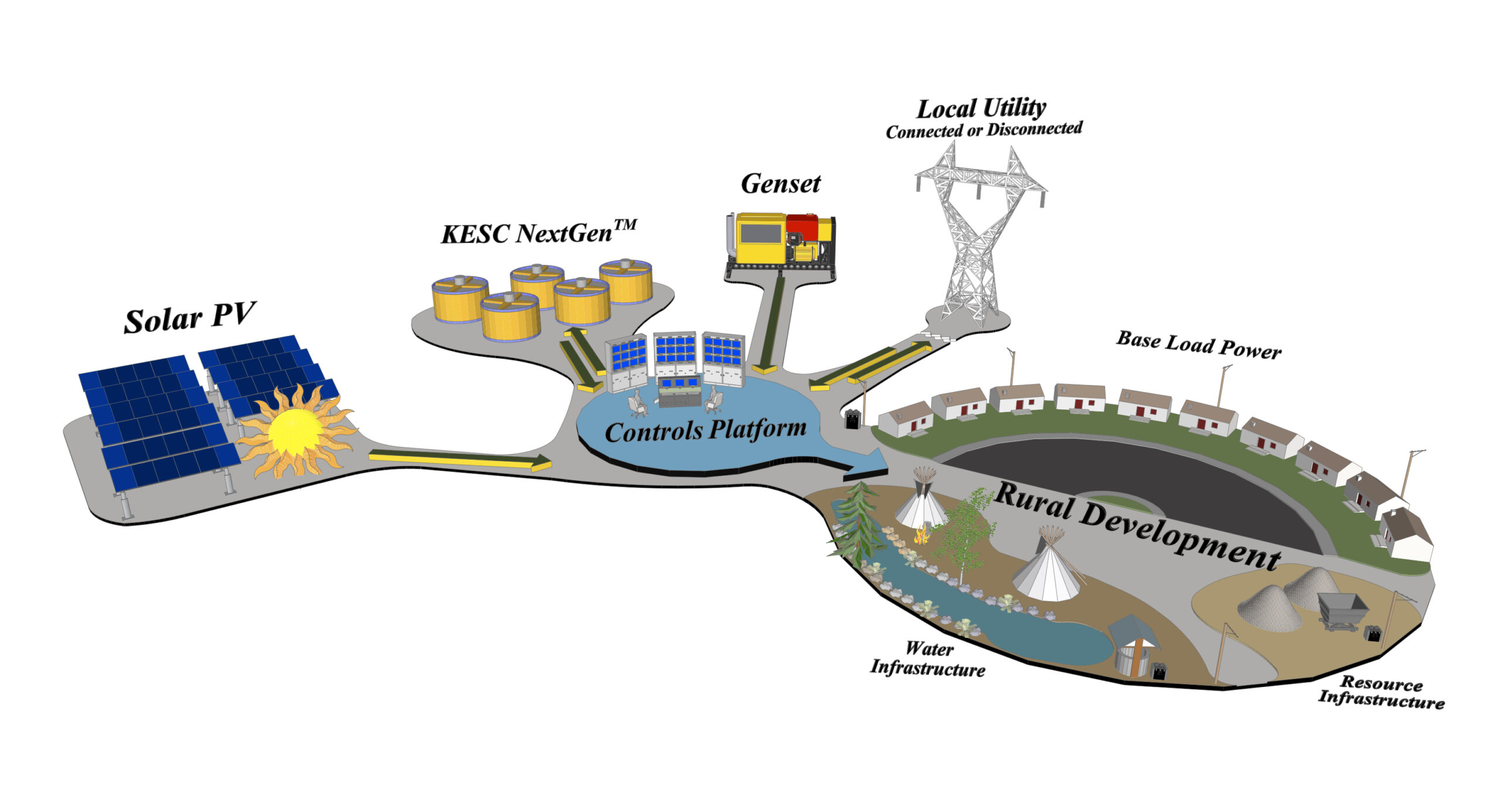 Indian Energy was also awarded a US$1.2 million grant by the CEC in its long-duration solicitation last year for a project including ‘NextGen’ flywheels made by KE Storage Corporation (KESC). Image: Indian Energy.

A project which will combine and then assess four different types of non-lithium technologies for long-durations of energy storage has been awarded a grant by the California Energy Commission (CEC).

A grant of “more than US$5 million” to help develop a workable long-duration storage system with 10 hours of storage has been accepted by Indian Energy, a grid-scale battery storage and microgrid development and systems integration company which is 100% owned and operated by Native Americans.

Indian Energy and construction partner Webcor will begin the creation of a handful of what have been dubbed ‘Hybrid Modular Storage Systems’ that include flow batteries, supercapacitors, fast-responding mechanical energy storage and zinc hybrid cathode battery storage. The project will be sited at a United States Marine Corps base, Camp Pendleton, where other microgrid and emerging energy resiliency solutions have previously been trialled.

The idea is that the different long-duration energy technologies will all be put into operation in modules that are optimised using a hybrid controller system, tested individually and then operated as one unit, helping to prove how they would come into action in the event of a grid power outage, for example.

In total, six modules of Hybrid Modular Storage Systems will be created; three using the above technologies and funded by the latest grant, while a further three modules using as-yet unspecified technology types will be funded by other government agencies and private industry partners, Indian Energy said. The overall project will find the ‘sweet spot’ – the best combination or selection of technologies – which will then be used for the building of a 400kW / 4MWh energy storage system.

The grant has been approved by the CEC – which is the primary agency responsible for energy policy and planning in the US state – under its Electric Program Investment Charge (EPIC) programme to support and execute innovative energy projects that support the needs of California’s grid.

One such major example is that over the past year or two, thousands of Californians have been affected by Public Power Shutoffs (PPS), where utility companies stop transmitting power to areas at risk of wildfires which ravage parts of the state each year. These shutoffs can potentially last days, weeks or even months at a time.

CEC invests more than US$130 million each year into the programme, which is awarded through competitive solicitations to promising projects. Other recent award recipients that Energy-Storage.news has reported on include a microgrid project at a marine terminal of the Port of San Diego, which aims to create a replicable solution that could improve air quality, increase the use of renewable energy and reduce greenhouse gas (GHG) emissions at the terminal and other sites.

Another example announced in May 2020 was a blockchain-linked network of low carbon distributed energy resources including solar-plus-storage and electric vehicle (EV) chargers deployed in a disadvantaged neighbourhood of Los Angeles to prove the feasibility of decarbonisation at community-scale.

As well as the need to create resilient power solutions which could be microgrid-based and modular, California, with one of the world’s most ambitious goals to rapidly reach 100% renewable electricity on its grid by 2040 and eliminate GHG emissions entirely by 2045, has a wider need to stimulate the commercialisation and deployment of long-duration energy storage.

CEC itself opened up a separate US$20 million grant funding solicitation process to assess long-duration energy storage technologies for “scenarios to meet California’s energy goals” in 2020. Indian Energy was also awarded a US$1.2 million grant by the CEC in that solicitation for a project including 'NextGen' flywheels made by KE Storage Corporation (KESC), while another prominent recent awardee through that solicitation was vanadium flow battery company Invinity Energy Systems, which got funding for four projects in the state totalling 7.8MWh, each of which needs to be able to store and discharge energy for between 8-10 hours. Invinity revealed details of one of those projects, powering critical backup needs at a fire station, in late November.

Julia Prochnik, executive director of the Long Duration Energy Storage Association of California industry group said recently that as the state’s energy sector works to “prevent future blackouts and meet our clean energy goals in an equitable manner,” investment in long-duration energy storage projects should be a crucial goal of California Governor Gavin Newsome’s administration. The Governor recently proposed a state budget for 2020-2021 that prioritises fighting climate change and advancing to a clean energy future.

Long-duration energy storage projects “must be built today if we are to avoid missing our rapidly approaching climate change targets, some of which are less than nine years away,” Prochnik said in a statement sent to Energy-Storage.news. Interim goals on the path to 100% renewable by 2040 include a 60% by 2030 threshold.

“By identifying the need for long duration energy storage projects we can ensure reliable, renewable energy is readily available, and furthering California’s economic recovery,” Prochnik said, adding that the Long Duration Association looked forward to working with the Governor’s office as well as the state’s Public Utilities Commission to identify procurement for such projects.

Long duration energy storage, which can be very loosely defined but generally means anything from around five hours to 100 hours or more of storage, has long been seen as the ultimate non-fossil fuel enabler of renewable energy integration. However the business case has been seen as challenging, with many energy markets still based on simply turning up fossil fuel ‘baseload’ energy generation when the sun is not shining and the wind too calm.

Meanwhile a recent study from Strategen Consulting found that by 2045 California could need as much as 55GW of long duration energy storage deployed and between 2GW and 11GW by 2030 to support its policy aims and ensure reliable and clean supplies of electricity. While California has been the US’ most prolific installer of battery energy storage using lithium-ion batteries with up to four hours’ duration among the states, the impetus for long-duration storage has foundered as it has in other territories.

However, a group of community energy groups or Community Choice Aggregators (CCAs) last year issued a Request for Proposals for 500MW of long-duration energy storage technologies to be deployed across their service areas, which could be a taste of a wider trend to come.