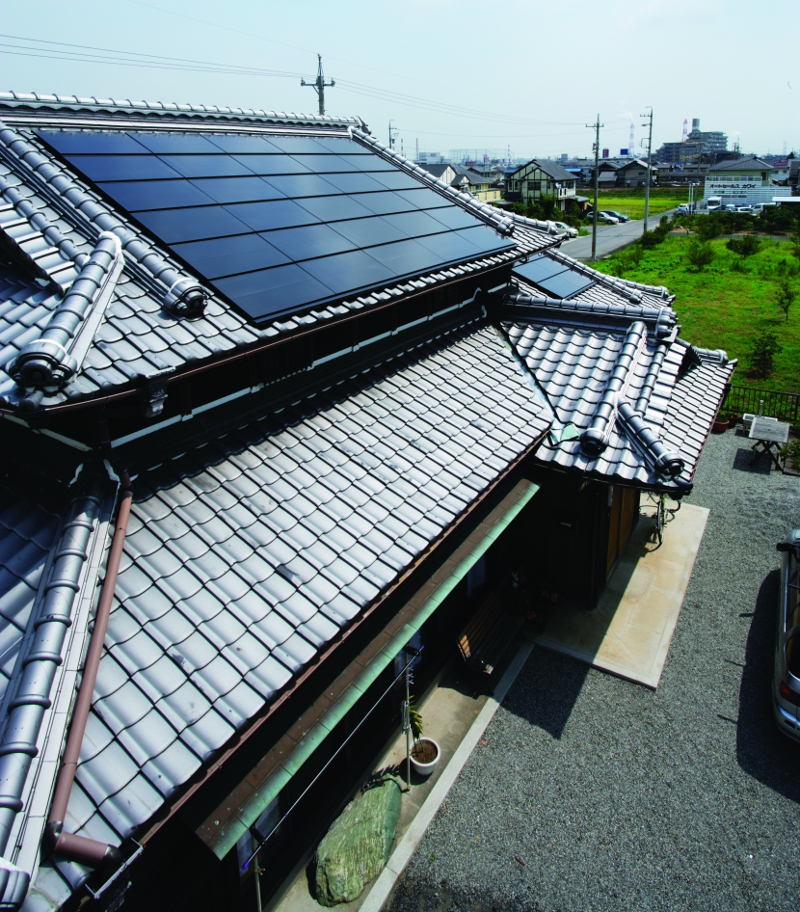 Major Japanese business and government entities have extended their involvement in energy storage with the announcement of the country’s first virtual power plants, an investment in a US frequency regulation project and partnerships on technology.

Energy-Storage.News heard today that California’s Stem Inc, which delivers so-called ‘intelligent energy storage’ for commercial and industrial (C&I) clients, has along with Japanese partner Mitsui, been awarded a contract from the Japanese government Ministry of Economy, Trade and Industry (METI) to build a ‘virtual power plant’ (VPP). Mitsui-Stem won out in a competitive solicitation, Stem said.

The VPP would aggregate some 750kWh of energy storage capacity across multiple sites to work together as a larger grid resource. In its US homeland, Stem helps individual system hosts to lower their electricity bills by removing the need to draw power from the grid at peak times, which contributes to high commercial electricity costs. Simultaneously, Stem’s aggregated behind-the-meter systems can deliver grid services, such as frequency regulation, with the use of multiple connected systems allowing the provider to scale up its offered services.

The project in Japan will be run on a pilot basis, with METI currently mulling options for demand response programmes that could add flexibility to the grid, allowing for the integration of higher shares of renewable energy. Japan has famously had a supportive policy framework in place for renewables, particularly solar PV since the days of OPEC in the 1970s, becoming even more proactive in 2012 in the wake of the 2011 Fukushima nuclear disaster as it introduced a generous feed-in tariff (FiT) programme.

Regular readers of our sister site PV Tech might have seen our reporting on Japan’s solar industry over the past few years, but the biggest recent changes have been that the explosion of solar capacity has led to utility companies, which also operate the country’s regional grid network, fearing that they may not have the grid capacity to accommodate high percentages of solar and wind.

There is also a concern that, particularly for large-scale solar, most of the available sites have already been developed, making land scarce. Meanwhile, the government is introducing a standard that by 2020, all new homes will have to be ‘zero energy’ or ‘net zero energy’.

Simultaneously, Japan has also begun a process of deregulating its electricity market, allowing individuals and companies to procure their electricity from competing providers. However, in practise, this process of regulation is still at an early stage, in part because of the ‘bundled monopoly’ status of those aforementioned power utility companies.

Mitsui, one of Japan’s largest conglomerated trading groups, said Stem’s “software intelligence and proven network” were among the reasons the provider was selected for the pilot. The deployments will begin with a project at a recycling centre in Saitama Prefecture. The pair said there is a pipeline of further projects planned and the collaboration could roll out for “further Asian expansion”.

“Japan is poised to dramatically scale its demand response market, and we are proud to have Mitsui as a development partner and investor,” Stem CEO John Carrington said.

Also announced yesterday was another ‘fleet’ of aggregated systems, this time from Sunverge, commonly known for its work with creating virtual power plants from residential customers in territories including the US and Australia. The provider would again be working with Mitsui.

The initial size or scope of Sunverge’s project was not revealed. However, the company did say its collaboration will test three potential use cases for the fleet: managing demand onsite – dispatching to the grid in times of surplus and drawing from it when the load requires it; reducing demand charges – reducing the amount of power drawn from the grid during peak times and thereby lowering costs; and aggregating the systems to reduce demand charges over multiple connected systems.

Sunverge said METI is prepared to subsidise virtual power plant development to the tune of ¥7 billion (US$59.4 million) in the 2016/2017 fiscal years.

“The ability to aggregate and manage distributed energy resources as a fleet and combining and managing a logical subset and grouping as a virtual nanogrid is increasingly important in order to make the grid more stable, resilient and dynamic. When aggregated, renewables can contribute a significant portion of a country's energy generation without significant investment,” Sunverge CEO Martin Milani said. 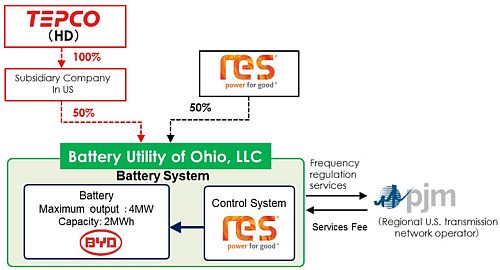 One of Japan’s 10 regional utility-grid companies, TEPCO (Tokyo Electric Power Company), which will actually be hosting Stem and Sunverge’s first systems within its service area, said late last week that it has acquired a 50% stake in Battery Utility of Ohio (BUO).

BUO is a grid-scale energy storage system developed by Renewable Energy Systems Group (RES), using BYD batteries. It provides frequency response services in the service area of PJM Interconnection, a regional transmission system (grid) operator in more than 13 states of the US.

PJM was the first organisation to create a market that rewarded fast-responding batteries for their ability to help balance the grid by maintaining operating frequency, leading to the development of dozens of large projects that kick-started America’s commercial interest in energy storage.

A big part of the acquisition for TEPCO was that it is an opportunity for the utility company to learn what works in grid-balancing markets. The power company said it hopes to use this knowledge to inform efforts to create markets for grid-balancing and energy trading services by 2020, at which point Japan is aiming to source 20% of power generation from renewables. Again, deregulation of the energy market is the key driver.

“We are pleased to be partnering with RES, and this is essential for TEPCO to accelerate the transformation of the energy industry and the evolution of its businesses with advanced and environmentally friendly technology. TEPCO looks forward to creating additional innovative business opportunities overseas,” managing director of TEPCO, Shinichiro Kengaku, said.

The BUO system will continue to be half-owned by RES, and uses the UK-headquartered renewables developer’s RESolve control and monitoring software.

As well as hosting the Sunverge and Stem aggregated systems, TEPCO also invested around half-a-million pounds in UK energy storage provider Moixa, which makes small residential and commercial systems that can be aggregated to provide grid and potentially capacity services.

Sumitomo invests in another technology

Separately from Sumitomo Electric Industries, which signed the flow battery agreement, Sumitomo Corporation Europe, another division of one of Japan’s largest corporations, signed an agreement last week with Skeleton Technologies, which is headquartered in Estonia with manufacturing facilities in Saxony, Germany.

The pair will focus on distribution of Skeleton Tech’s graphene-based ultracapacitors which have a recharge time of 2-3 seconds and can be cycled over a million times. They can also be used in systems alongside lithium batteries. Unlike the tie-up between Sumitomo Electric and CMI Group however, the Sumitomo Corp Europe-Skeleton Technologies agreement is focused on hybrid and electric vehicles.