Behind the numbers: The rapidly falling LCOE of battery storage

The cost of battery energy storage has continued on its trajectory downwards, making it more and more competitive with fossil fuels. That in itself will come as no surprise to many in the industry. As we wrote last week, analysis from BloombergNEF (BNEF) highlights that for applications requiring two hours of energy, batteries are beating gas peaker plants. While the 2019 LCOE benchmark for lithium-ion battery storage hit US$187 per megawatt-hour (MWh) already threatening coal and gas and representing a fall of 76% since 2012, by the first quarter of this year, the figure had dropped even further and now stands at US$150 per megawatt-hour for battery storage with four hours’ discharge duration.

Andy Colthorpe spoke to Tifenn Brandily, BNEF’s lead author of the latest LCOE report, which covers solar, wind and more than 20 other technologies including battery storage from 47 regional markets around the world.

Let’s talk about how you derive the LCOE and the benchmark. I understand also that it varies a bit around the world and the US$150/MWh is an average figure?

To start with an analogy: you can think of a battery energy storage power plant just like a gas-fired power plant. It has a fuel cost, and the fuel cost of the battery is the electricity you have to pay for to charge the battery.

If you do that calculation at the global level, we evaluate the LCOE for recently financed projects is at US$150/MWh including charging costs. That’s our benchmark. We have a range around that benchmark which goes from US$115/MWh in China.

There’s three reasons or so making China the market with the lowest LCOE: In China they’re not using mainly nickel manganese cobalt (NMC) chemistry, they’re using lithium iron phosphate (LFP) and those are cheaper on a capex basis. Secondly, it’s because there’s high competition in China, a lot of different players want to get into the market. Right now it’s relatively early days but they expect growth in the future. The third reason is the vicinity they have with the battery supply chain and the EV manufacturing supply chain, which also makes it easier to cut down costs.

[At the opposite end of the scale] India is on the higher side, it’s a relatively immature market with higher cost of financing and since battery storage projects are very capital intensive, capital expenditure (capex) takes most of the money you generate, goes to pay back the Capex.

What are some of the reasons behind the drastic LCOE reduction of battery storage worldwide?

Beyond the technologies and the chemistries getting better and more energy dense, beyond the manufacturing scale-up also, which is going to drop costs because of standardisation and producing things in batch, you also have an effect which is much more in the downstream of the industry.

There’s a scale-up and a slow drift towards longer duration. In 2015, projects financed by then were on average at 1.5 hours’ duration, right now in 2020 we estimate they will be around 2.2 hours storage duration. That’s one element in the scale-up, the megawatt-hour or storage duration effect in terms of the scale.

Then you also have the megawatt (MW), power output effect. If you go back to 2015, projects financed back then were on average 2.9MW, that’s relatively small utility-scale batteries. In 2020 we estimate the average size of the projects we’ve captured in our database will be around 21MW. That’s really significant because you can play on both: power outputs and storage duration to reduce the cost per MWh of storage.

For a long time before markets around the world really took off, if people weren’t buying or deploying it, it didn’t matter how good the technology was. Is this achievement of scale another indicator that markets – and crucially grid operators – are more comfortable with this type of asset being deployed?

Some of it is due to government support: in the US for example you get the Investment Tax Credit (ITC) for co-locating a battery with a solar project. That’s giving you an incentive at least on the cost side to reduce your capex. But I think some of it, the change in demand, is created also by the falling costs of battery pack prices.

At cheaper costs, you’re able to compete in the short-term balancing market against other technologies like open cycle gas turbines (OCGT) and you can push your market opportunities a little bit further. Turbine manufacturers providing turbines for peaking power plants, they’ve suffered quite a lot in recent years. A small part of it has to do with the scale-up in storage and the very short term balancing below two storage hours, but I think we expect now to see way more deployment beyond two hours: so from two to four hours, just because the cost has come down.

When you look at the cost on a dollars-per-megawatt-hour basis, you’re comparing OCGT and batteries, you can look at the cost and identify that below two hours, batteries are already cheaper. If you need to shave a peak in the load, it’s going to cost less to install a battery than an OCGT or gas reciprocating  engine power plant, peaking plants.

However, beyond that, since the cost of batteries increases rapidly with the discharge duration, then you’re better off investing in an OCGT and fuel to shave the peak for 3-5 hours during the day. And obviously batteries are limited in terms of their discharge duration is the limit to how much you can monetise, obviously with a peaking plant you can go beyond 4-6 hours and keep supplying gas to meet demand. So there’s definitely limitations. 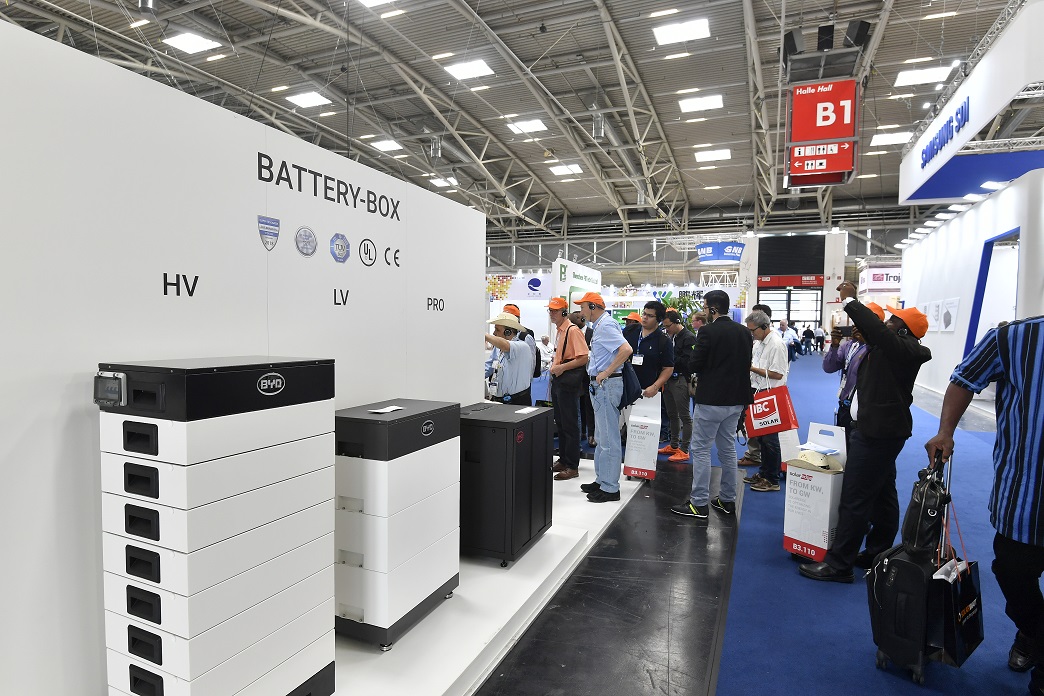 While the geographic distribution will change from 97% China-supplied batteries in 2008, China will still account for around 65% of manufacturing capacity worldwide by 2023, according to BNEF. Image: BYD.

For going towards longer durations, you’ll probably need other technologies or some advances in the lithium technology to enable that at lower cost?

I think there’ll always be a limitation to the discharge duration, but it’s probably long term, right now, there hasn’t been a go-to long duration storage technology that has emerged and our analysis suggests that batteries will still be, even though they’ll be very competitive on their segments, that’ll probably be up to four, five, six hours of storage duration.

Beyond that, pumped hydro can be a competitive solution but obviously it’s limited by the topography of your country and there are less opportunities to build pumped hydro projects. So in the mid-term we still see a very strong case for gas peaking plants to provide that long-term balancing over 10-12 hours. [But] batteries will be competitive in the first two hours today, four to five hours by 2025.

Perhaps because of COVID-19 the interdependency of supply chains seems quite a hot topic. We see some commitments to local manufacturing of batteries or battery storage systems in Europe and the US, but China clearly dominates today.

Most batteries today come from China.

We track both installed and planned manufacturing bases. For batteries definitely, the geographic distribution is going to change. You see some diversity but in the foreseeable future, despite the huge scale-up from 365GWh by a factor of four, we only see China going from 75% today to 65%. China will continue to dominate on the manufacturing side. 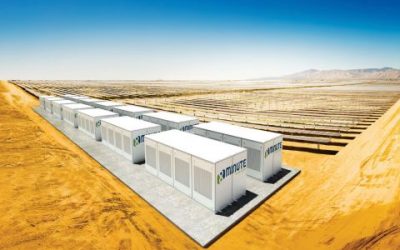 ‘Banks find financing merchant battery storage in the US challenging’

October 12, 2021
The opportunities for energy storage in the US continue to grow and grow, but moving away from contracted revenue structures to merchant risk projects will be a challenge, especially for lenders. 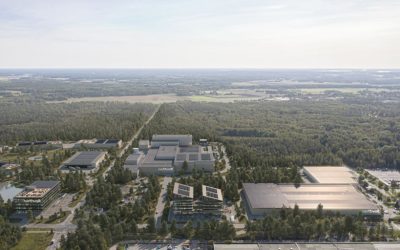 October 7, 2021
Northvolt has announced an expansion to its R&D centre in Sweden which will turn the facility into “Europe’s leading campus for battery technologies”.