Battery-powered microgrid for ‘greener uranium mine’ in Niger, Africa

Early engineering work has begun on a hybrid power plant project at a uranium mine in the Republic of Niger, according to independent power producer (IPP) Enernet Global.

US-headquartered Enernet Global said on Friday (22 July) that work has commenced on the microgrid for Global Atomic Corporation’s Dasa Project which lies within one of six zones for which Global Atomic holds uranium exploration permits in the African country.

The power plant needs to provide 12MW of peak load for the uranium mine. It will do this with a combination of 16MW solar PV generation capacity, a 15MW battery energy storage system (BESS) and 16MW of diesel generation for backup.

It will also be integrated into the local grid owned and operated by Sonichar, a majority state-owned utility company.

The power plant will lower the mine’s upfront capital costs while supporting the local economy through purchasing power from Sonichar, as well as creating a solar legacy for the region, Global Atomic chairman and CEO Stephen Roman said.

Meanwhile, the addition of backup generators should reassure investors that power supplies to the mine will be fed reliably at all times, Roman said.

A feasibility study completed late last year found that the high-grade sandstone uranium deposit at Dasa could offer IRR of 22.7% over 12 years with an assumed uranium price of US$35/lb, according to Global Atomic Energy.

Enernet said early engineering works underway include preliminary design of the plant, equipment selection and configuration of the connection to Sonichar’s grid.

This phase will be complete late this year, after which construction will begin for an expected commissioning date in 2023. Enernet’s local subsidiary headquartered in South Africa will carry out the project and the company will own and operate the hybrid power plant.

“This will be one of the greenest operations in Sub-Saharan Africa,” Enernet CEO Paul Matthews said.

It’s the latest in a line of projects at remote mining sites all over the world, where power needs are great, but access to sufficient reliable grid electricity capacity is often not. Mine operators frequently have to rely on fossil fuels brought onto site by trucks.

These are not only polluting but expensive and can present logistical challenges to deliver regularly, while solar PV and battery storage are considered to require less maintenance than thermal power generation equipment.

Recent examples of forthcoming projects reported by Energy-Storage.news include financial close achieved in June for a flow battery-based minigrid for a vanadium mine in South Africa and a project in development by Hitachi Energy at another vanadium mine, this time in Nevada, US.

At Agnew Gold Mine in Western Australia, a hybrid solar-wind-plus-storage power plant enables the mine to run on an average of around 50% to 60% renewable energy penetration, a figure which gets up to 95% at times. The Australian Renewable Energy Agency (ARENA) which helped fund the project said earlier this year that the Agnew hybrid power plant (pictured above) has been operating successfully since its commissioning last November. 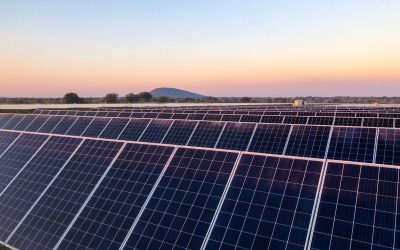 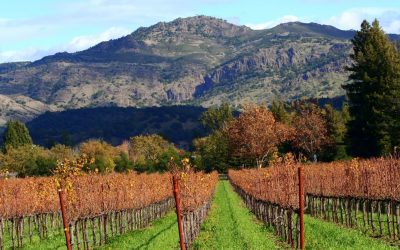