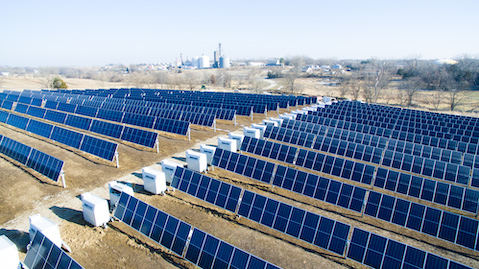 Avalon Battery and redT have revealed that their proposed merger will create a new company to be known as Invinity Energy Systems.

The pair both manufacture energy storage systems based around vanadium redox flow battery technology. They have been trailing the merger – albeit explained as a ‘reverse takeover’ in accounting terms – for some time. With Avalon based in the US and redT headquartered in the UK, the pair issued a press release today describing it as a “Transatlantic energy storage merger” which “looks to create a global sector leader”.

The deal remains subject to shareholder approval with the new company set to be valued at around £57.7 million (US$70.95 million). A press release issued in the UK claimed that vanadium flow batteries of the type made by Invinity are “a key competitor to existing lithium-ion technology in the rapidly growing global energy storage market”.

Avalon is perhaps best known as flow battery supplier to US solar tracker and PV energy solutions company NEXTracker, as well as coming up with agile ways to reduce the capital cost of the non-degrading battery technology such as renting electrolytes to customers. redT meanwhile has a deal in place with Statkraft to offer solar-plus-storage to commercial and industrial (C&I) customers. Last week the UK company was given the go-ahead to manufacture 5MWh of vanadium battery storage for a ‘showcase’ project in its home country. The pair claim to have a combined portfolio of more than 40 flow battery projects.

“The merged company will be a world leader in flow batteries. This gives us the platform to compete head-to-head against incumbent lithium-ion giants, and in so doing prove that our robust, safe, non-degrading energy storage solutions are the best solution for delivering the world’s ambitious decarbonisation targets,” Larry Zulch said.