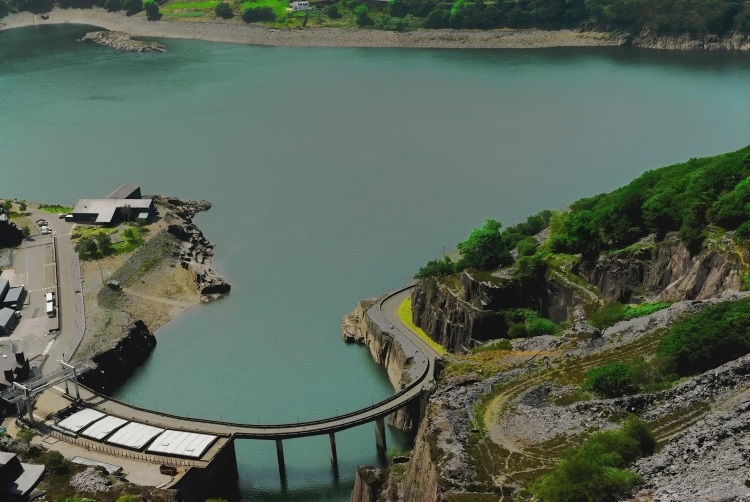 While headlines about energy storage in Australia have been dominated by news of batteries in large-scale utility projects and the residential sector, the country’s government and renewable energy agency have identified numerous possibilities for developing pumped hydro storage assets.

Close to 20,000 potential sites for developing large-scale pumped hydro have been found in a study conducted by Australian National University. Meanwhile, an Australian Renewable Energy Agency (ARENA) feasibility study ascertained that a potential single site in South Australia that would use seawater could store and release 225MW of power.

Last week, Minister for Energy and the Environment Josh Frydenberg issued a release on the Australian National University study, which received a AU$449,000 (US$351,522) grant from the national government via ARENA. The university found that the territories of New South Wales, Victoria, Western Australia and the Northern Territory hosted between them some 18,000 sites that could be developed into pumped hydro facilities.

Pumped hydro works by using two pools of water, one on an elevated plane and one below, with water dropped through turbines and gravity doing the work to release stored energy. In many developed or more urbanised parts of the world, such as Europe, opportunities for developing pumped hydro sites are severely limited by population density and the scarcity of suitable sites coupled with the difficulty of gaining planning permission for such large excavation and construction projects.

The latest study builds on a previous assessment of South Australia, Queensland and parts of Canberra that identified 5,195 potential sites for pumped hydro, with the Australian National University planning to develop a nationwide map of potential off-river sites for such projects.

“Investing in renewable storage technologies, such as pumped hydro and batteries, will play a key role into securing an affordable and reliable energy network in Australia. The Turnbull Government is already supporting a major expansion of the Snowy Hydro scheme and looking at further hydro-electricity and pumped storage opportunities in Tasmania, the Upper Spencer Gulf in South Australia and Kidston in Queensland,” Frydenberg said.

“As the Chief Scientist Dr Alan Finkel noted in his review of the National Electricity Market, pumped hydro storage systems are the most mature electrical energy storage systems available.”

ARENA and Australia’s national Clean Energy Council are seeking to add reliability and affordability to the country’s National Electricity Market, which despite the name covers around 9 million customers in Queensland, New South Wales, Victoria, South Australia and Tasmania. It excludes Western Australia and the Northern Territory.

Frydenberg’s office and that of the Prime Minister, Malcom Turnbull, announced yesterday that an initial feasibility study of a site in Cultana, Spencer Gulf, South Australia, determined it could host a 225MW pumped hydro storage plant.

A similar amount of funding as the Australian National University study, AU$453,000 in this case, was contributed towards the study, again from the national government via ARENA. Utility EnergyAustralia, which retails electricity and gas to more than 2.5 million customers, carried out the study, assisted by engineering consultancy Arup and the Melbourne Energy Institute. Work on the study began in February, as reported by Energy-Storage.News at the time.

While the use of seawater, which obviously contains salt and other impurities, presents a challenge, the study’s authors were confident this could be overcome. The plant could potentially push out 225MW with 1770MWh energy storage capacity, storing power for eight hours. Rough comparisons show this to be the equivalent of some 126,000 residential energy storage batteries, which Frydenberg and the Prime Minister’s office said would cost three times as much as the proposed project, although comparisons to utility-scale battery projects were not offered.

Estimates place the cost of the project at AU$477 million and it could feasibly be built by 2023, although at this stage further financial modelling and engineering assessments are required, along with gaining the necessary planning approvals. The plant could help balance peak demand on the network and assist with the integration of renewables.

As Australia’s large-scale energy storage sector moves on with big projects like Tesla-Neoen’s 129MWh system in South Australia, investigation into the potential of pumped hydro continues side-by-side. In Tasmania, feasibility studies are being carried out for Snowy Hydro 2.0, which could store up to 350GWh of energy. Those studies are expected be concluded in December, while in August, energy firm Genex received first-round board approval from the Northern Australia Infrastructure Facility (NAIF) for potential debt funding of its 270MW solar PV and 250MW pumped hydro projects at Kidston Renewable Energy Hub, Northern Queensland.