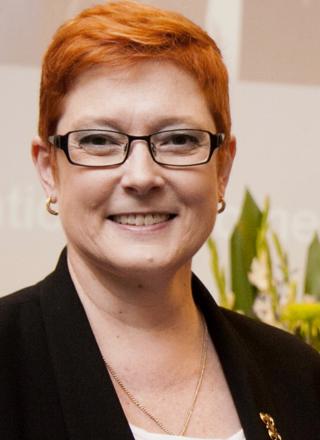 Australia’s defence minister has welcomed the start of work on a solar-plus-energy storage microgrid at a military base in Perth by developer Carnegie Clean Energy.

Defence Minister Marise Payne tweeted today that construction had begun on the project at HMAS Stirling, a navy base just off the Western Australian coast. Payne’s office issued a joint statement to announce the project with the office of Josh Frydenberg, the country’s Minister for the Environment and Energy.

Frydenberg had been one of the Australian politicians to lay the blame for recent serious power cuts in South Australia on renewables, specifically wind, before that view was discredited by official investigations which blamed disruption to power infrastructure caused by large storms the region had been suffering instead.

Later, Frydenberg was reported by outlets including The Australian to have dismissed one of South Australia’s solutions to the power outage – Tesla’s much-talked-about grid-scale battery that was promised by Elon Musk to Australia within 100 days – as an ineffective way to solve the problems of capacity shortfall and power reliability.

This builds on work done under Carnegie’s previous guise in the area; five 240kW wave energy generation arrays, constructed and used between 2012 and 2016 and claimed to be the world’s first commercial-scale wave energy array connected to an electrical grid.

Carnegie has also built a desalination plant on the island for the base’s water use. Between that and the solar-plus-storage project, both the power and water supplied to the naval base will come from Carnegie facilities.

Marise Payne and Josh Frydenberg said the new installation would be integrated with existing power infrastructure for the base and will increase the base’s energy resilience. It also has the advantage of delivering lower GHG (greenhouse gas) emissions and reducing energy costs, although further details of these aspects were not given. The project's development has been supported with AUS$28.5 million (US$22.7 million) in combined grants given through the Australian Renewable Energy Agency.

“The Government continues to support the work of Carnegie and we look forward to seeing how this project will inform Carnegie’s ability to provide energy security solutions at island locations in the future,” the ministers’ joint statement read.

Due to their often remote locations and the utmost importance of energy supplies being secure and reliable, military operations are starting to be good candidates for low carbon microgrid projects involving solar and storage. More frequently than not, they also drastically reduce reliance on diesel generators, which are not only environmentally damaging but also expensive to keep running. There have been several such installations developed in the US, with the most recently announced project being a 1MW / 1MWh battery storage microgrid for which energy storage manufacturer Go Electric was awarded a US$1.7 million contract to develop at a US Army facility in Utah.

While this site has often reported on the growing attractiveness of solar-plus-storage in Australia as energy prices from utilities rise, the Finkel Report, an assessment of Australia's energy situation commissioned by the government and conducted by its chief scientist Alan Finkel, recommended renewable energy facilities developed in future, particularly post-2020, should include energy storage and make the energy resources dispatchable.

We welcome the start of construction of an integrated solar and battery storage microgrid at HMAS Stirling in WA.https://t.co/OJNDBD3wIJ