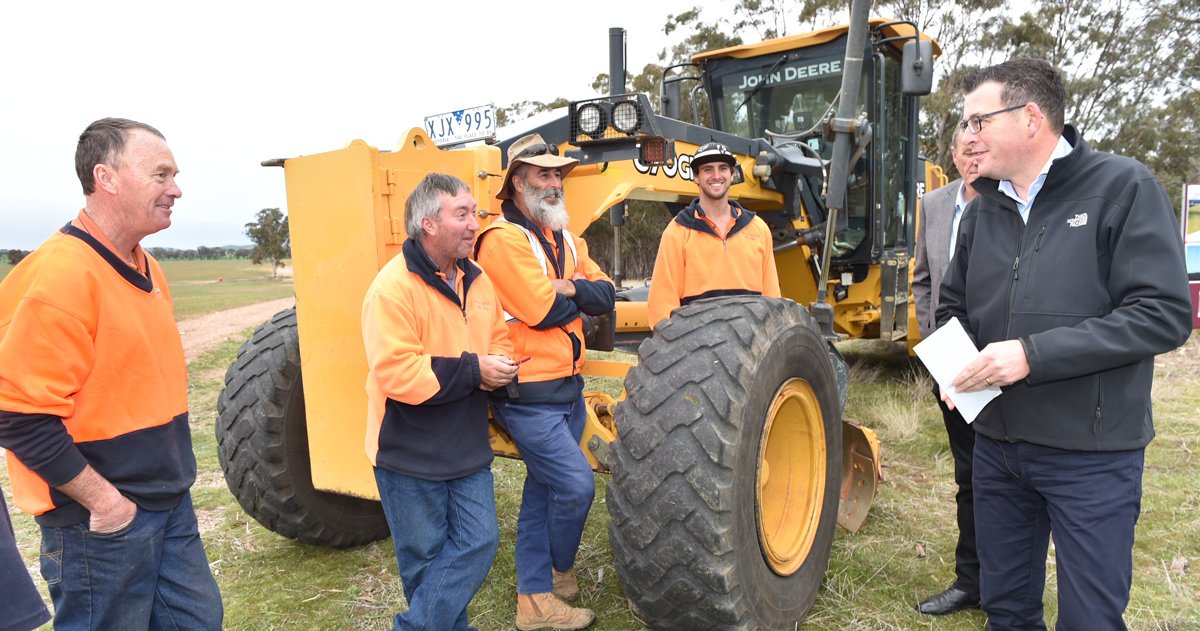 An agricultural business in Victoria, Australia, is making its operations sustainable with the building of a major “green hub” that includes wind turbines and 34MWh of battery energy storage.

Nectar Farms in Western Victoria is expanding its production footprint significantly with a project worth around AUS$565 million (US$430 million), potentially creating 1,300 jobs. The office of Daniel Andrews, Victoria’s Premier, announced via a statement this morning that Andrews had signed a Memorandum of Understanding (MoU) with Nectar Farms at an event for the project also attended by Victorian Minister for Energy, Environment and Climate Change, Lily D’Ambrosio MP.

Nectar Farms is currently creating a 10 hectare development including hydroponic greenhouses as Stage 1 of its expansion. Stage 2, worth around AUS$215 million of the total, will develop a further 30 hectares and create as many as 500 jobs, around 300 of them permanent.

Green Power Hub to be created

Centrepiece of the new construction is a 196MW wind farm at Bulgana Green Power Hub, using 56 turbines at a cost of AUS$350 million, creating 800 construction-related jobs and around 20 permanent ones. Alongside the wind turbines will be a 20MW / 34MWh lithium-ion battery energy storage system which will enable the whole system to deliver sustainable “baseload” power to Nectar Farms’ operations.

Prior to the announcement of the project and signing of the MoU, Nectar Farms’ expansion plans had to be put on hold due to rising costs of energy and insecurity of supply, the local government for North Grampians Shire Council revealed.

“What Nectar Farms needed was surety of supply at a competitive price. This agreement gives them that,” Northern Grampians Shire Council Mayor Tony Driscoll said.

The Australian subsidiary of French renewable energy developer Neoen signed up for the project with Premier Andrews and Nectar Farms. Under terms agreed between the parties, Nectar will take 10% of the energy from the Bulgana Green Power Hub, with the other 90% going straight into the local grid.