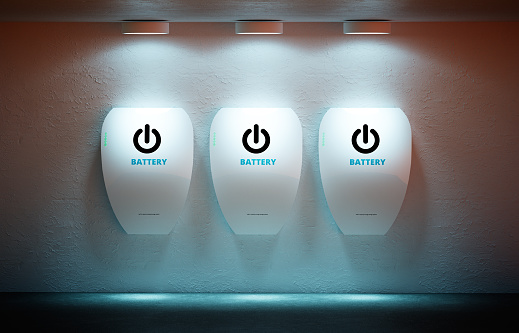 Distribution network operators in parts of Australia could be restricted from owning or operating energy storage assets, in a measure proposed by the Australian Energy Market Commission (AEMC) to stimulate the market for behind-the-meter batteries.

The AEMC administers rule-making and market development in the country’s energy markets, including the wholesale National Electricity Market (NEM), which covers much of eastern and southern Australia. Its role differs from the perhaps better-known Australian Energy Market Operator (AEMO), which is responsible for more of the day-to-day running of many of the same markets.

The new rule, which AEMC has just put into the draft stage, is aimed at supporting a “competitive market” for behind-the-meter, or customer-sited, energy storage systems. The rule would prohibit distribution networks from being able to earn regulated returns on distributed energy resources – including energy storage – installed behind-the-meter.

Therefore, if a distribution network business wants or needs to access the flexibility to store and dispatch energy or leverage the ability of energy storage to perform other services to the network, it would have to procure the services from consumers or from energy services suppliers.

AEMC said that if distribution companies were to own and operate the resources themselves, there was a risk that they would use the energy storage systems to benefit their own networks “at the expense of maximising benefits for the electricity system as a whole”.

Distribution network service providers would therefore be restricted from earning regulated returns on behind-the-meter energy storage assets. Also in the draft rules is a requirement for the Australian Energy Regulator (AER), to evaluate how network services are regulated and which should operate in free market conditions. AER would also be asked to put together a classification guideline for distribution network businesses and the services they can provide.

Rules and regulations to redefine the roles of transmission and distribution network companies in the advent of distributed energy and rapid development of energy storage technologies are a work in progress in many countries. The US regulator FERC is still pondering rule changes to wholesale markets, while in the UK, distribution network operators (DNOs) are prohibited from owning storage, either in front of or behind the meter, due to their near-monopoly situations – with exceptions in special circumstances such as innovation or pilot projects.

Meanwhile, back in Australia, the high cost of electricity in most parts of the country coupled with falling incentives for solar PV generation falling prices for batteries mean that individual households are looking to purchase batteries for solar PV self-consumption and backup power. A guide to owning solar-plus-storage produced by the government of New South Wales found a battery installed in tandem with a new solar installation this year could have a payback period of less than 10 years. Another consumer guide published recently featured more than 50 models of residential battery energy storage systems in Australia.

Stakeholders now have nine weeks to comment on the AEMC’s drafted rule, with submissions due by the end of October.