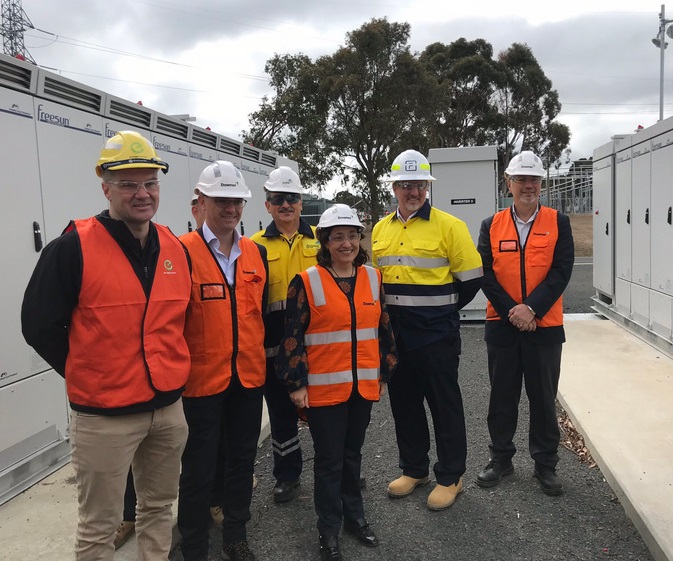 The Australian Energy Market Commission (AEMC) has drafted a new rule to enable the provision of fast frequency response services to help keep the electricity grid stable which one expert said will be “a really important market for batteries”.

As the use of synchronous thermal generation — mainly gas and coal — declines and will continue to decline in the coming years, the need to balance supply and demand on the grid at very short intervals will increase. With fast frequency response, power is delivered to or withdrawn from the grid within two seconds or less, helping to maintain the Australian grid’s operating frequency to within a very narrow boundary of 50Hz as required.

While fossil fuel power plants (and hydroelectric power) provide synchronous inertia to the electric system, the retirement of coal and gas, coupled with the growth of renewable energy means that a further need for frequency regulation services is anticipated. This can be done using inverter-based technologies like wind, solar, demand response and — particularly for services where extremely quick response times are needed — batteries.

Some large-scale batteries deployed in Australia have already been proven capable of delivering frequency response through the Frequency Control Ancillary Services (FCAS) market, as have small-scale distributed batteries aggregated into virtual power plants (VPPs), studies have shown. The 30MW / 30MWh Ballarat Battery Energy Storage System in Victoria made AU$6.07 million (US$4.42 million) in its first year of operation from FCAS, for example, while a VPP in South Australia comprising 1MW of aggregated home batteries made AU$132,047 in one day in December 2019 through responding to five frequency events caused by a storm. These batteries, mostly deployed in the last couple of years, have shown that they can earn revenues for delivering a vital service.

However, a market for frequency response with response times under six seconds has not yet been developed until now, Lillian Patterson, director of energy transformation at Australia’s Clean Energy Council, told Energy-Storage.news.

“Today, the Australian Energy Market Commission, the rule-maker in relation to the market framework, has come out with a draft determination to say that they will develop a fast frequency response market,” Patterson said.

Patterson said that this developing opportunity is “a really important one for batteries, because batteries would operate really well in it, because they do provide a really fast response and it’s about speed and accuracy. And that’s what batteries do”.

The fast frequency response market would incentivise further development of batteries, because it values a service batteries can provide better than other technologies. Australia’s renewable energy and energy storage industries have been calling for the introduction of such a market for a while, describing it as a “no regrets” solution to a fundamental challenge facing the network, Patterson said. Clean Energy Council represents dozens of industry stakeholder companies in its membership.

After today’s draft rule announcement, the AEMC is taking comments and input until June, before a final rule decision is expected to be issued in July. From there, it could be a process of around three years before the market opportunity is opened. Patterson said that the need for the service “will be absolutely critical” in a few years’ time.

“We should be implementing this type of market as quickly as possible to provide the incentive for new technologies, such as batteries, to come in before it's actually critical that it's needed. It's in a few years' time that it will be absolutely critical that we have this service and we need to have that framework in place to create the incentive for the technologies to be in place.”