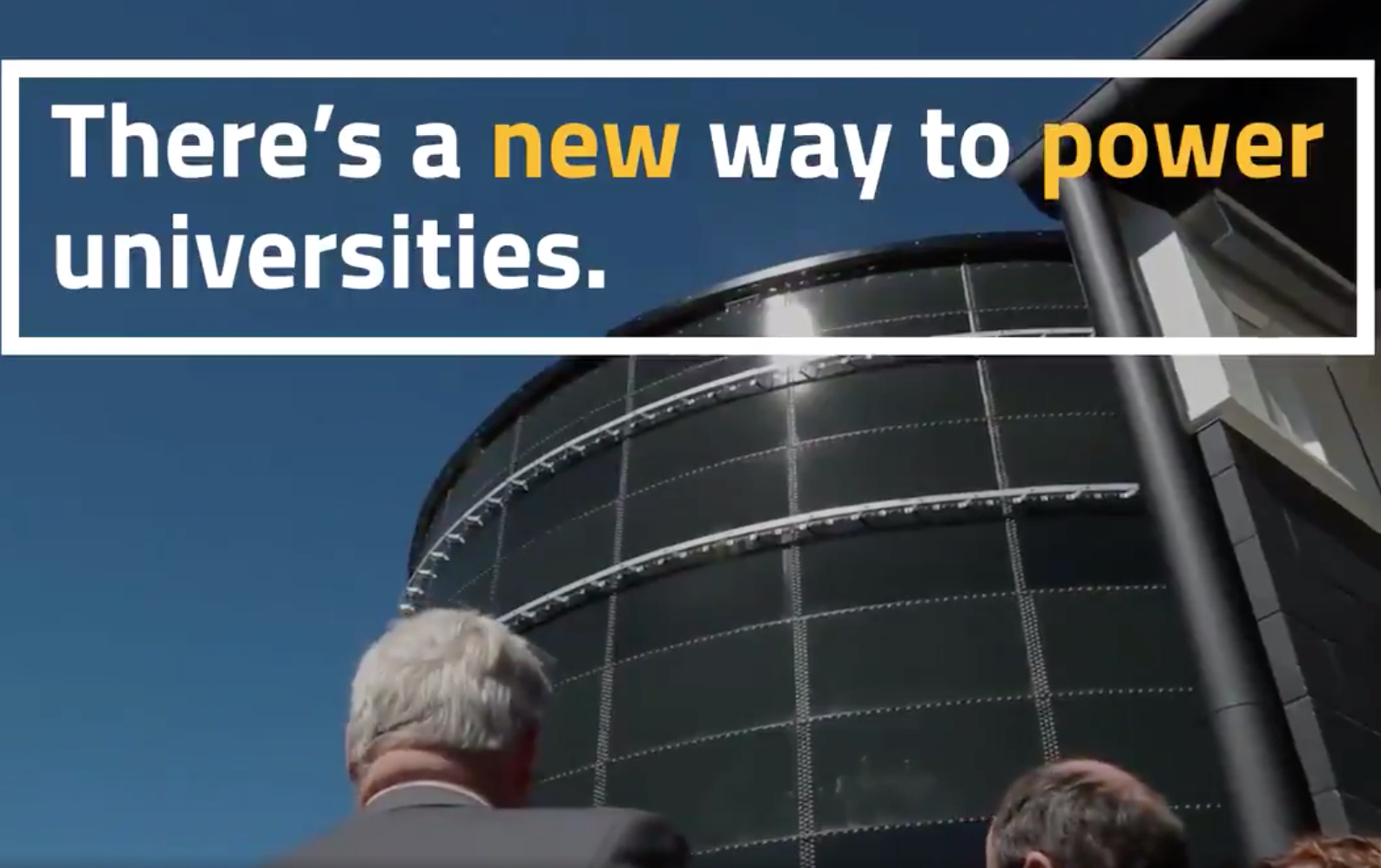 The three-storey tower, dubbed the ‘Water Battery’, shown in a promo by the University. Image: USC promo video screenshotted via Twitter.

Energy use by air conditioning can be both expensive and taxing for the environment, with the University of the Sunshine Coast (USC), Queensland, Australia, set to trial a three-storey ‘water battery’ to reduce both energy demand and cost.

The thermal energy storage system will use a large tank of water that is cooled using a “complex thermal process” by the output of 6,000 solar PV panels installed on USC’s Sippy Downs Campus, according a USC release. The cooling and storage system is paired with 2.1MW of onsite solar PV spread across campus rooftops and carpark structures, which the University said is enough to cool 4.5 megalitres of water. The three-storey, 7MW water tank system has been designed and built by a team from the university, in partnership with energy and utility services company Veolia.

USC said last week that the storage tank, dubbed a ‘water battery’ by staff, will help “slash 40% of grid energy use” at Sippy Downs, its largest campus. The cooled water will be stored and then used for air conditioning, currently the single biggest use of energy at the site. USC Vice-Chancellor Greg Hill said eliminating this intensive use of energy for AC is a “major step towards” USC’s carbon neutrality goal.

“For a regional university to be leading the way on this is proof that we don’t need to be in the big cities to be taking big strides in new ideas in renewables, and for us that’s very exciting,” Hill said.

“This technology has the potential to change the way energy is stored at scale and we are hoping other organisations take inspiration and indeed copy us. The team behind this is already sharing the technology with schools, universities and companies around the world.”

In addition to big gains in reducing carbon dioxide emissions – USC wants to be carbon-neutral by 2025 – the university estimates that it could save AU$100 million over the expected 25-year lifetime of the water battery project.

Energy-Storage.news has reported on other recent energy storage projects for and at Australian universities, including two vanadium-lithium battery hybrids. Meanwhile, a small handful of companies are deploying other forms of thermal storage for cooling applications such as air conditioning. These include the US’ Ice Energy, which makes a type of ‘thermal cooling battery’ for air conditioning units, converting electrical energy from PV and other sources and storing it for release as cooled air using fairly simple components and materials like copper.