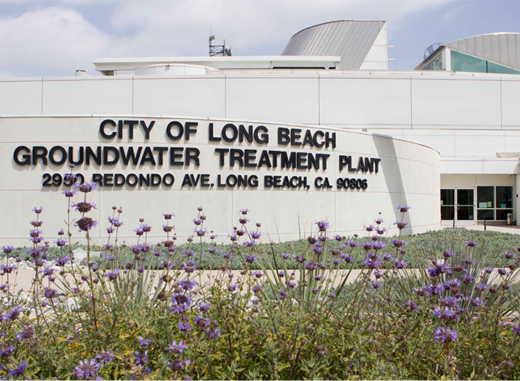 US commercial and industrial (C&I) sector player Advanced Microgrid Solutions (AMS) has been selected by a water authority in California to deliver a 3MWh energy storage system at a facility processing polluted groundwater.

AMS said yesterday that it has partnered with the Long Beach Water Department to build a 500kW / 3,000kWh energy storage system at the latter’s Groundwater Treatment Plant which will provide a number of different services both behind and in-front-of the meter in a ‘stacked revenue’ business model.

At the plant itself, the storage system will increase operational efficiency and lower energy costs. At the same time, it will be providing grid services to local investor-owned utility Southern California Edison, helping integrate the growing penetration of solar PV on the grid and contributing to the state’s goals for reduction of greenhouse gas (GHG) emissions.

The Groundwater Treatment Plant system will use AMS’ Armada software and controls platform, which manages the battery while enabling transactive movement of energy – in other words, trading, arbitrage and other value applications around the trading of electrons.

The City of Long Beach could save around US$150,000 a year on energy costs from when the system is completed and connected next winter, a figure that could add up to US$1.9 million over a 10-year period, AMS said.

This will be the latest of several energy storage projects undertaken for water authorities in California, with AMS itself behind a few of those. Indeed, according to the California Energy Commission (CEC) there is a ‘water-energy nexus’, a correlation between efficiencies in the use of the two resources that water authorities and utilities are aiming to balance effectively, with the often drought-stricken state using nearly 20% of its generated electricity and 30% of its non-power plant natural gas resources in transporting, treating, heating and consuming water – as well as in disposing of or processing wastewater.

In January of this year, Energy-Storage.News reported on a planned 500MW pumped hydro storage plant in San Diego, by the San Diego County Water Authority and the City of San Diego. Then, in August, the Los Angeles Department of Water and Power (LADWP) approved an agreement to construct a 20MW lithium-ion battery energy storage system (BESS) proposed and designed by Doosan Gridtech.

AMS did not reveal who the battery vendor would be for the Long Beach Groundwater project, but the company has typically used Tesla’s Powerpack in many of its previous installations, including a 7MW / 34MWh system at the 11 most energy-intensive facilities owned by the Irvine Ranch Water District (IRWD), the largest retail water agency in Orange County, California.