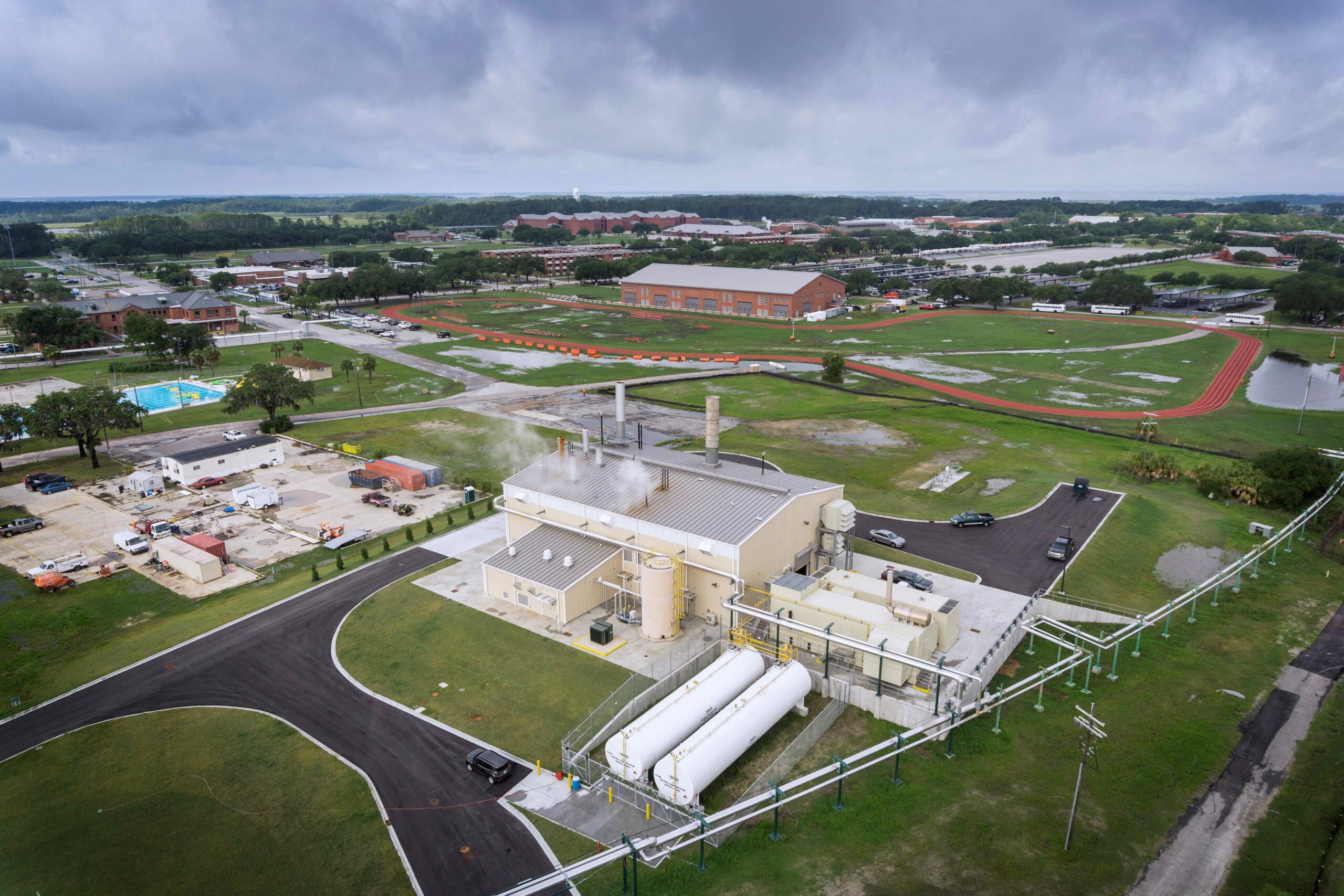 The US$91 million project, which required no upfront capital from the Marine Corps depot, features distributed energy systems designed to withstand potential storm and seismic conditions. The distributed generation, energy storage, and secure microgrid controls that Ameresco designed and installed at Parris Island have dramatically enhanced the site’s resilience, giving the installation the capacity to sustain its critical training operations when the local grid is out of commission.

This project, which features an 8MWh battery energy storage system, will save US$6.9 million in annual utility and operational costs, cut utility energy demand by 75%, and lower water consumption by 25%.

MCRD Parris Island signed off on an energy savings performance contract (ESPC) for this installation, which leverages private capital through a Department of Energy contract vehicle back in 2015 with the competitive selection of Ameresco.

Ameresco then replaced an aging central plant with a 3.5MW combined heat and power (CHP) plant and three diesel generators for backup generation, along with installaing 20,000 solar modules at carport and ground-mount sites that provide 5.5MW of power generation.

“Ameresco is proud to partner with the USMC to lead by example and demonstrate how a military installation can both reduce energy and enhance resiliency with this unique contract vehicle.”

While Ameresco has made inroads with energy storage projects associated with the US military, another company with a long track record with said clients is undergoing some changes.

in related news, Go Electric, which has designed multiple microgrid projects with integrated energy storage for the US military,  has been acquired by a subsidiary of global energy company Total. Going forward, Go Electric will operate as a wholly owned subsidiary of Saft, a multinational battery energy storage company owned by Total. The price of the acquisition was not disclosed.