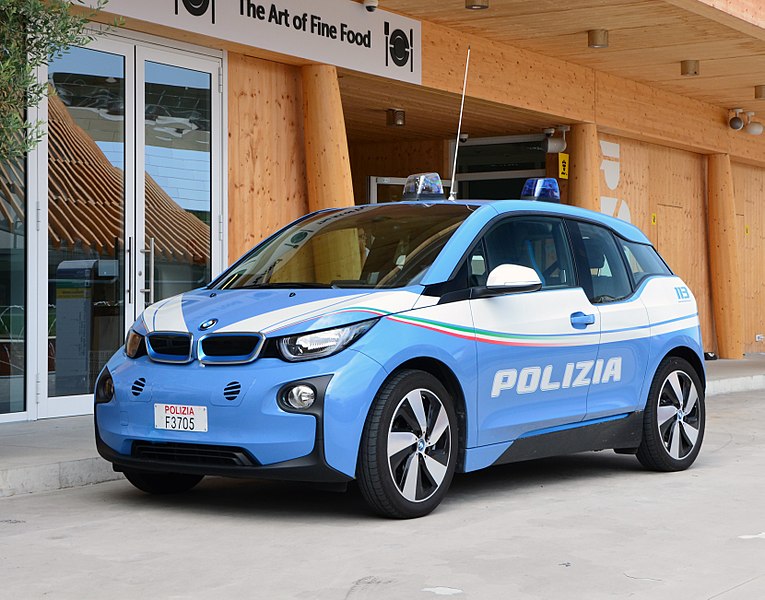 ‘Cool’ batteries: Alfen’s proprietary software and hardware will once integrate batteries of the type BMW uses in its i3 EVs (pictured) in a large-scale ESS. Image: wikimedia User: Gzzz

A 5MW / 20MWh energy storage system built around the batteries BMW uses in its i3 electric vehicles (EVs) will help integrate renewable energy into the electric grid in Uppsala, Sweden.

Utility company Vattenfall, owned by the Swedish government, has awarded the contract to to Dutch system integrator Alfen build the storage system, which will help ease grid congestion as well as performing ancillary services to stabilise the grid.

Vattenfall has claimed it is aiming to enable “fossil fuel free living within one generation,” while the European Union appears committed to carbon neutrality on the continent by 2050. This will be the third battery energy storage project Vattenfall and Alfen have worked on. One is already commissioned at Prinses Alexandra Windpark in the Netherlands (3MWh) while the construction of another of 12MWh was announced at a ‘hybrid’ renewables plant at Haringvliet, also in the Netherlands.

In a recent feature article which explored the development of hybrid power plants that combine solar, wind and energy storage, Solar Media Editor-in-Chief Liam Stoker wrote that Vattenfall, which already operates a lot of wind energy in addition to legacy generation, is exploring “all aspects” of maximising its asset base through co-location, both with additional solar and battery storage.

“It is not the question if we need storage, but when, how much and where,” Adriaan van Tets, director of strategy and communications at Alfen told Energy-Storage.news with regards to how the new system – described by Alfen as its latest “mega energy storage”  project, fits into Europe’s energy future.

“With Europe’s Green Deal ambition to be climate neutral in 2050, the market is investing in renewable energy and increasingly embedding electrification. This trend leads to more and more offset between supply and demand, and also more grid congestion, for which energy storage is needed. Energy storage will be a fundamental component of the sustainable energy system of the future,” Alfen’s Adriaan van Tets said.

The role it will play and the technology it will use

With the system to be connected to the local distribution grid, operated by Vattenfall Eldistribution, it will play an important role in allowing more renewable energy to be integrated into the grid. Meanwhile, as fossil fuels play a smaller corresponding role in balancing the electricity network, the batteries will respond quickly to manage fluctuations in supply and demand.

In general, the electricity grid is getting more congested due to the increase of renewables and due to the decentralised nature of renewables. This means more intermittent power supply and 2-way (bi-directional) energy flows where it used to be one-way,” van Tets told Energy-Storage.news.

“The energy storage system will be utilised for congestion management and also for grid stabilisation services in the shape of frequency control regulation, which is needed in the electricity system”.

Alfen will deliver the 5MW / 20MWh energy storage system, as well as integrating it with the company’s own proprietary energy management system, “TheBatteryConnect” and then connecting it to the local grid. Alfen strategy and comms director Adriaan van Tets said his company has “worked hard to develop our own proprietary software and hardware” to make the i3 batteries work within its branded, “standard stationary storage system”. According to BMW's data sheet, its lithium-ion batteries for the i3 are around 40kWh (42.2kWh / 37.9kWh), consuming around 13.1kWh for every 100km driven. According to the website Battery University, the chemistry is a blend of lithium manganese oxide (LMO) with high energy density nickel manganese cobalt (NMC).

“Our philosophy is to be battery-technology agnostic. We have the ability to integrate any battery in our storage system for which we developed our own hard- and software platform to communicate with the batteries,” Van Tets said, adding that the BMW batteries are refrigerant controlled and “as such [are] optimal for harsh environments and also mobile use”.

Alfen is also using BMW batteries at the Vattenfall hybrid plant in Haringvliet. Meanwhile, BMW is among investors into startup Northvolt’s push to establish vast battery gigafactories in Europe, first in Sweden and then in Germany, along with rival carmaker Volkswagen. Northvolt exclusively told Energy-Storage.news a while ago that although the majority of that capacity will be earmarked for e-mobility applications, up to a quarter of its batteries – which it claims will be among the ‘greenest’ and most sustainably manufactured in the world – could be used in stationary energy storage solutions.

The batteries Alfen will use are going to be new, although in a range of projects around the world, ‘second-life’ EV batteries are being used in grid-scale and commercial battery energy storage projects, including the recent repurposing of batteries from Renault’s Zoe model EVs for a megawatt-scale storage project for Umicore in Belgium by UK company Connected Energy.