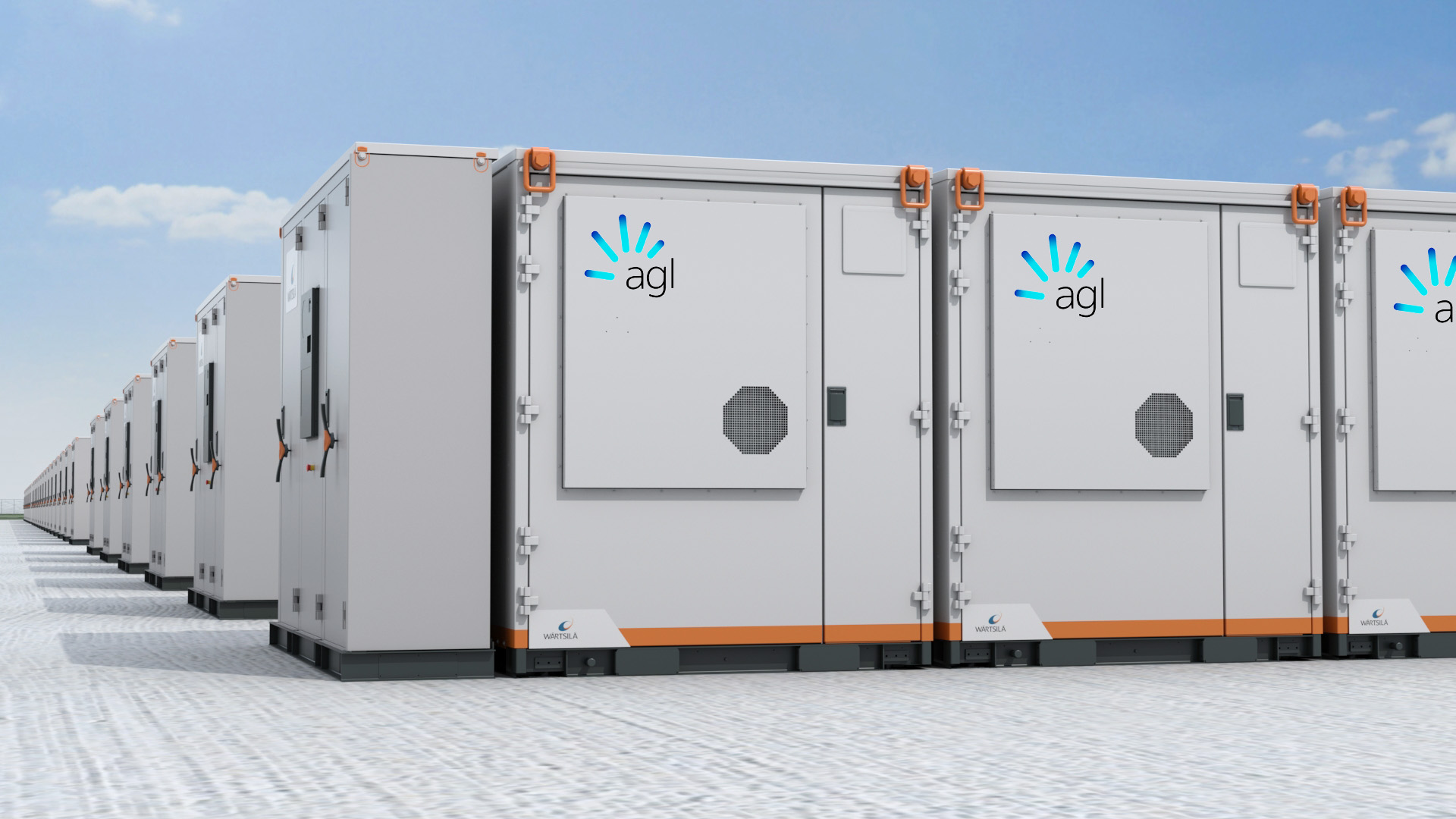 Wärtsilä was picked as a BESS supplier to AGL along with Fluence through a competitive solicitation. Image: Wärtsilä.

It marks AGL’s first-ever grid-scale battery project and will be one of Australia’s biggest BESS projects so far. The order is worth more than €100 million (US$117.6 million), Wärtsilä said in a press release, and marks the first order placed by AGL with the BESS provider. In January this year, AGL said it selected Wärtsilä, as well as rival Fluence, as suppliers for up to 1,000MW of grid-scale BESS.

The pair were chosen through a competitive solicitation, after which AGL chief operating officer Markus Brokhof said they were selected over others for a combination of factors including track record and capabilities, as well as competitive pricing. AGL has a generation fleet of 11,000MW in total, including around 20% of total generation capacity within Australia’s National Electricity Market (NEM). AGL is targeting net zero emissions by 2050 and increasing the share of renewables in its electricity portfolio to 34% by the 2024 financial year.

Wärtsilä will carry out full installation of the BESS, including equipment supply and engineering, procurement and construction (EPC). It will run on the company’s GEMS power plant controller and energy management platform including software. The system will support a portfolio of assets that includes both thermal and renewable power plants, while the fast-responding batteries will help balance the grid as the share of variable renewable generation on it grows. Wärtsilä said in a press release today that it is expected to become operational in early 2023.

Solar inverter manufacturer SMA Solar Technology added in a separate press release that it has been selected as a supplier of 109 central inverter units to the project. The Germany-headquartered company's SMA MVPS-SCS4200 inverters, a turnkey solution for large-scale grid storage projects, will be used. SMA executive VP for global sales in its large-scale energy storage business Marko Werner noted that his company and Wärtsilä have already worked together on numerous projects around the world.

Initial reports on the Torrens Island project when it was first announced by AGL in November 2020 had said that it would be built in stages on the site of an AGL natural gas power plant and the 250MW BESS could have up to 1,000MWh (four-hours’ duration) of storage. Wärtsilä was one of the providers of natural gas power plant technology at a Torrens Island site for the utility.

Wärtsilä said today that its battery system will initially be deployed in grid-following mode i.e. responding to the needs of the grid as it is today, but will be switched later into grid-forming mode, meaning it will provide the virtual synchronous generation role of stabilising the grid that will be needed as synchronous thermal generators are taken off the grid and begin to be outnumbered by renewables. This will provide an element of future-proofing to the Torrens Island facility.

The technology provider recently said that its energy storage business showed strong growth in the first half of this year, as it published financial results for the period. This was despite the ongoing coronavirus pandemic causing impacts across its other business lines, including the marine sector and orders from customers for thermal power plants. Recent large-scale projects contracted for or delivered have been announced by the company in the UK and the Philippines.

This article has been updated from its original form to note SMA's announcement that it will supply central inverters to the Torrens Island project.

October 20, 2021
Further details of a 200MWh battery energy storage system (BESS) contract awarded to New HOrizons Ahead (NHOA) in Australia have been revealed.

October 19, 2021
Western Australia’s state-owned electricity network operator is tendering for a “disconnected microgrid” project which could be replicated if successful, to cost-effectively give rural communities reliable and safe power supplies.