Since Tesla fired the starting gun on its own Gigafactory in Nevada, several plans have been announced by rivals. Image: Tesla.

Automation and engineering group ABB has signed on to become a supplier to a planned European lithium-ion battery ‘Gigafactory’ for Swedish start-up Northvolt.

ABB announced this morning that it has signed a Memorandum of Understanding (MoU) with the Swedish company, which was founded by former Tesla executives, for what ABB called a “wide-ranging supply and technology partnership”.

In July, Northvolt said it had narrowed down possible locations for a factory producing lithium-ion batteries with multiple gigawatts annual capacity to two sites in the Swedish municipalities of Skellefteå and Västerås. Similarly, when selecting a location for the original Gigafactory, Tesla had developed plans for two sites in California and Nevada, with Nevada eventually winning out.

Northvolt said it would focus on “one or two” basic form factors of batteries, at least initially. A line of production aimed at demonstrating the factory’s capabilities will be established by 2019, with full production set to begin the following year. Northvolt's factory will target both mobile and stationary energy storage application markets.

ABB, headquartered in Switzerland and in Sweden, intends to supply the Northvolt facility with an integrated robotics, electrification and automation solution centred on ABB’s Ability System 800xA distributed control system. Also expected to be in use is ABB’s Ability Manufacturing Operations Management digital solutions suite.

According to the pair, a close collaboration is now expected between them to develop battery solutions and Northvolt hopes the Gigafactory can drive forward innovations in areas of battery production from cell and module design, battery performance, to production platform development. In addition, ABB Technology Ventures, strategic venture capital unit of ABB, is making an investment for an unnamed sum, to get the early stages of the project off the ground.

“The world is moving quickly towards electrification. We want to enable this transition by building the largest, cutting-edge lithium-ion battery factory on the European continent and producing the world’s greenest batteries,” Northvolt CEO Peter Carlsson said.

“ABB is at the forefront of electrification, and we are delighted to have them on-board as strategic partner, key supplier and investor.”

“We are excited to support Northvolt’s project to build the battery factory of the future here in one of our home countries,” ABB CEO Ulrich Spiesshofer said, adding that the “truly integrated” factory could be a showcase for innovation in industrial automation and smart electrification. 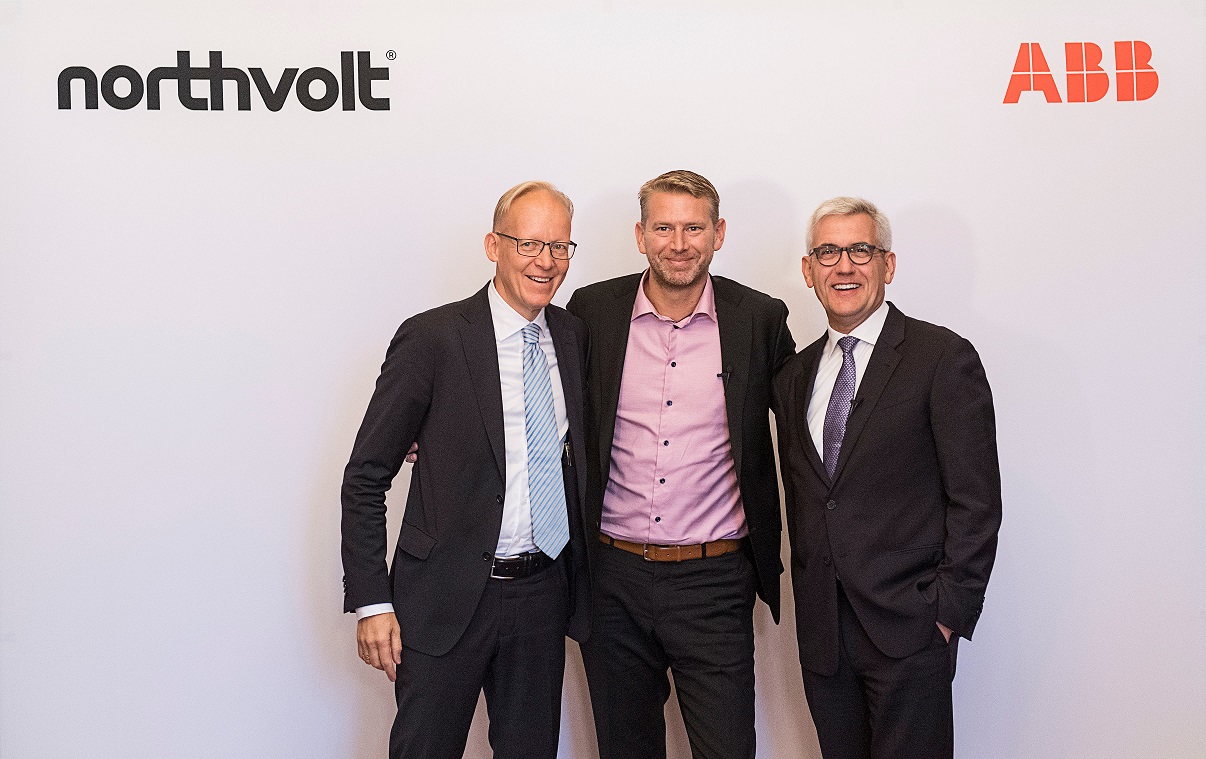