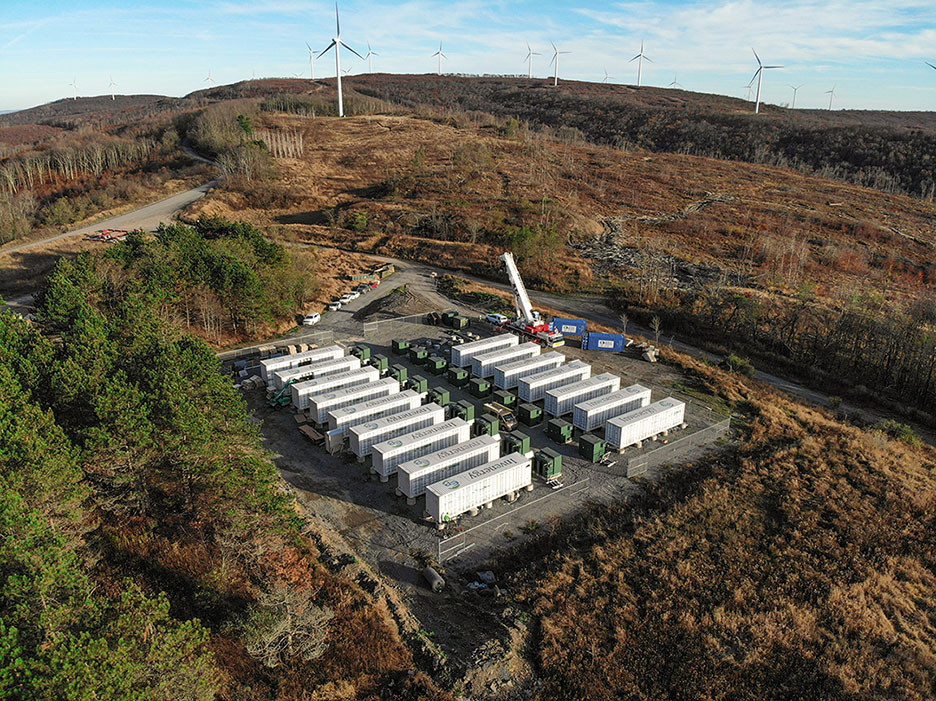 Sustainable infrastructure developer Invenergy was named as developer for the pair’s Paris solar-plus-storage project announced in February. A developer for Darien has not yet been announced. Pictured is an Invenergy project in West Virginia which has batteries alongside a wind farm. Image: Invenergy.

Two subsidiaries of Wisconsin-based electric and gas company WEC Energy Group have put forward plans for their second large-scale solar-plus-storage project in as many months.

We Energies and Wisconsin Public Service (WPS), utility subsidiaries of WEC Energy Group, said in February that they want to build the Paris Solar-Battery Park, a 310MW solar PV plant with 110MW of battery storage. That project would be 90% jointly-owned by the pair and Madison Gas & Electric, a smaller utility company, would hold the remaining 10%.

After filing that plan with the regulatory Public Service Commission of Wisconsin for a project that would be commissioned in 2023, the utilities said last week that they have now also put before the commission for approval a 250MW solar power plant with 75MW of battery storage, called Darien Solar Energy Center.

Darien and Paris are part of a plan by holding company WEC to invest US$2 billion in solar, wind and battery storage projects by 2025 for its utility subsidiaries, as it targets achieving a 55% emissions reduction by that time and a 70% reduction by 2030. Darien, which would cost around US$446 million, would be held under the same ownership structure as the Paris project and would be built and commissioned on a similar timeline to go online during 2023.

“Not only will these projects maintain reliability and deliver significant savings, building these facilities in Wisconsin will create green jobs and help drive the state's economy,” Tom Metcalfe, president of WE Energies and WPS, said.

In a recent interview with Energy-Storage.news, Sam Huntington, associate director for gas, power and energy futures at research and analysis firm IHS Markit said that the economics of solar-plus-storage work very favourably in US states in the country’s Midwest that have been traditionally dependent on coal, such as Wisconsin, Kansas, Oklahoma and Indiana. Wisconsin first-ever large-scale solar PV plant only went online last year.