Why Shell bought Sonnen: Value is in behind-the-meter potential 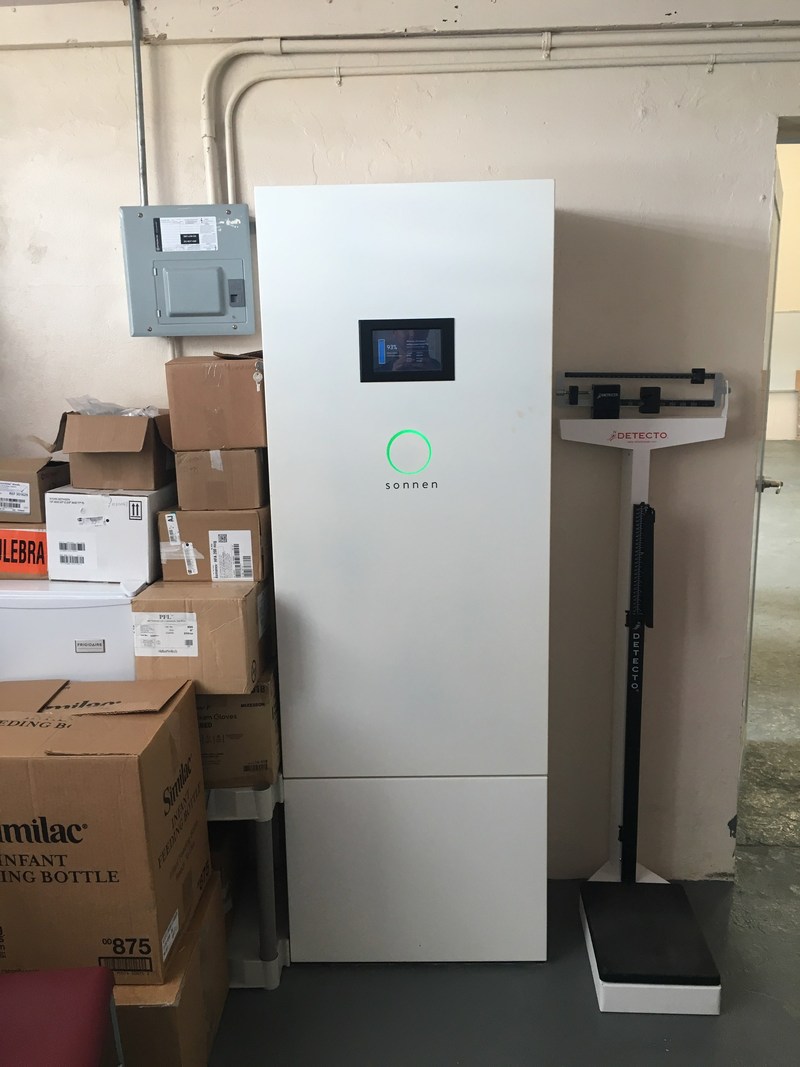 So, at the beginning of this year, the editorial team at Solar Media (which in addition to Energy-Storage.news also includes PV Tech, Solar Power Portal and Current) sat down to figure out what the big topics would be, and the general outlook for 2019.

While many in the industry have been enthusiastic about the potential of residential and other forms of behind-the-meter energy storage for some time, and the technology is ready to go, it’s been difficult to really demonstrate the total value that home storage systems could provide. This year we’re seeing evidence that that has changed.

It allows individual users to become more independent of big utilities and to maximise their use of solar energy, but it can also help the grid, by connecting together – or aggregating – dozens, hundreds or even thousands of units at once and providing a sort of combined and controllable single asset to the grid operator or utility.

There’ve been indications from all over the world that that potential is starting to be tapped, with so-called virtual power plant (VPP) projects springing up from Canada to Australia. This week analysis firm Wood Mackenzie Power & Renewables reported that in the US, the market for behind-the-meter storage for the residential space has now gone well beyond the eco-conscious early adopters.

New utility programmes, a report from the company stated, now see energy storage as an enabler of effective time-of-use-rates and tariffs for electricity purchase, which can be a powerful tool in managing peak demand, or in providing grid services.

And perhaps the biggest indicator of the recognition of BTM storage so far in the first few months of this year has been the acquisition of Germany-headquartered battery storage and energy services provider Sonnen by oil major Shell. Royal Dutch Shell, to give the company its full name, has agreed to buy Sonnen through Shell New Energy, having already led an investment round in the storage company worth €60 million (US$70.23 million) in May last year. The overall acquisition cost of Sonnen is thought to be in the hundreds of millions.

Sonnen CEO Christoph Ostermann says that quite simply: “Residential storage is just shortly before the inflection point of becoming a mass [market] end product. More and more large corporations are recognising that.”

In the past week, Siemens launched Junelight, its own brand storage systems for the German market, where Sonnen currently holds a leading market share, according to various sources. Ostermann says that since Sonnen launched its SonnenBatterie systems in 2010 until around the time of Tesla’s Powerwall launch in 2015, the majority of competition was nationally based. Today, he says, competitors are increasingly international and “big corporations” are the simple way he describes how he sees the future profile of competitor.

“You sometimes see large corporations, playing on an international level, come and go. We saw that with Mercedes. They joined the market and technically they were operating in all geographies: the US, Australia and Europe, but after a year they left the market. Same thing with Samsung SDI, they showed up with a full-integrated storage solution available internationally but also decided to leave the market again. The competition today is really much more global and the competitors who are really relevant for us in this game become much more and more large corporations.”

Joining a large corporation such as Shell hopefully won’t dilute the pro-renewables, energy independence and eco-friendly message that Sonnen has always carried with its brand, but Ostermann says that synergies with other Shell Group companies – with the oil major on a wave of smart energy acquisitions at the moment – will provider a deeper foothold for Sonnen in the market and add even more value for the parent company.

“The equipment we provide is a solution for residential customers. A customer can supply themselves with self-generated solar power on the one hand, on the other hand, in the bundle with First Utility, First Utility could provide that customer with the remaining grid power that they still need. The customer could buy this as a package. It’s a very nice opportunity to offer more complete packages to the residential customer,” Ostermann says.

With solar becoming households’ favourite way of powering their daily lives, and batteries a way to enable that, many providers across the residential solar – and now storage – space are targeting becoming a full “one-stop-shop” solution provider for customers, as seen in the US with the likes of Tesla and Vivint, and internationally through SolarEdge’s acquisitions of Italian EV charge company SMRE and lithium battery maker Kokam. In Sonnen’s case, they also now have a tremendously powerful backer.

“I think there are synergies [with other Shell Group companies]. On the other hand, Shell is already present in more than 140 countries around the world and some of them are already interesting as markets for Sonnen as of today, some of them will become interesting in the future”.

Central Europe is still Sonnen’s biggest market, while the company has opened up an assembly plant and made a big push into Australia, in addition to a growing presence in the US – where it also has a factory in Atlanta, Georgia, and the UK. Home energy storage already makes economic sense in some places, could be at its inflection point in several markets soon; and there remain few parts of the world where it is unlikely to ever reach the mainstream, Ostermann says.

“Japan is a market we will look into closely in the near future. We’re also looking at other geographies in Asia, such as the Philippines, which we will look at more intensively in the future. There are a couple of countries in Africa, so, just to give some examples, there’s Nigeria or South Africa, where we have preliminary plans to enter these markets. Then you have new markets in Latin America, where we’re looking at the moment,” Ostermann says.

“At the end of the day, due to the fact that renewable energy generation is already price competitive all over the world, and storage prices come down more and more, I deeply believe that we will see a lot more geographies in the future that turn out to be residential storage markets.” 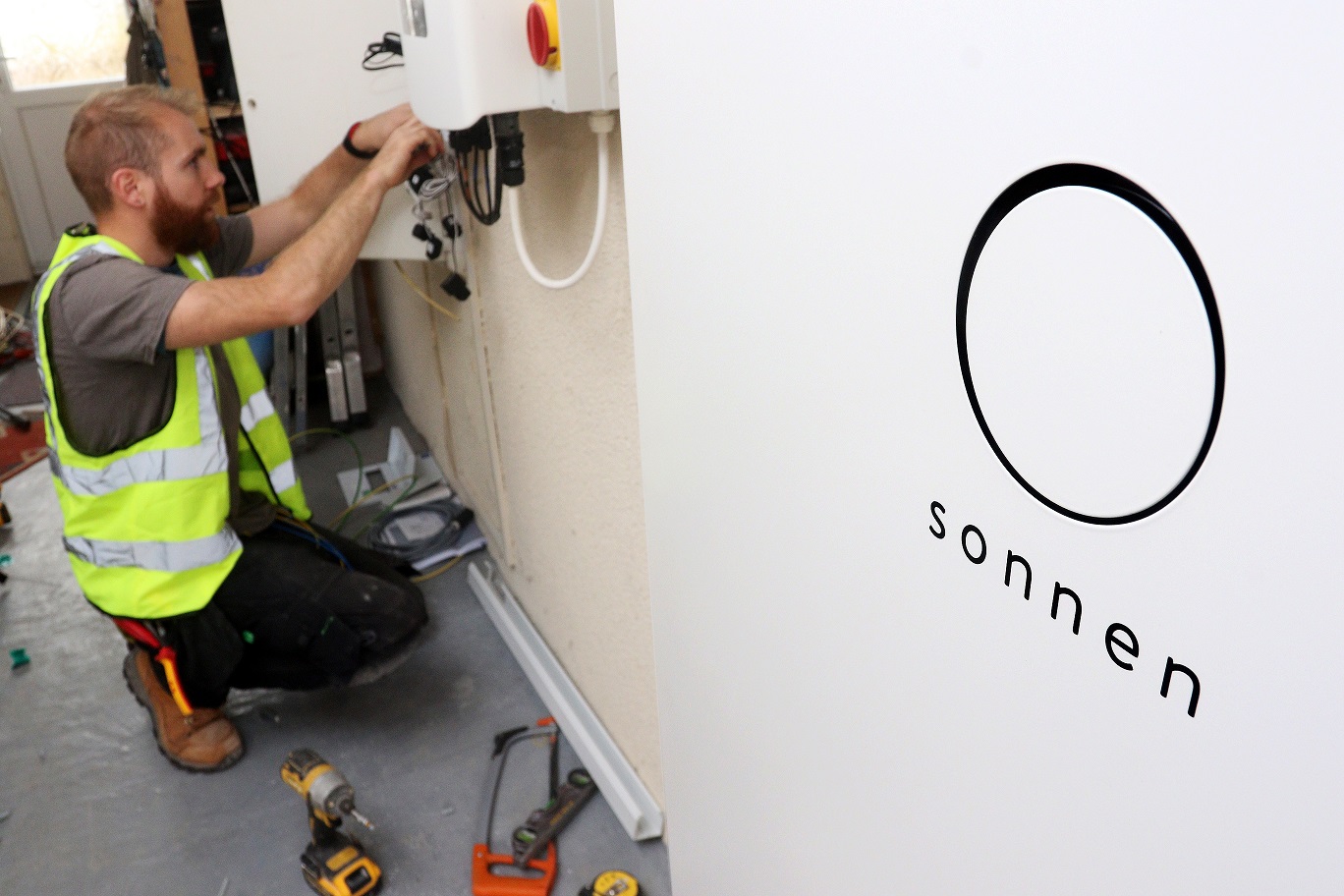 The company’s units have also been deployed as part of a Centrica-led ‘Local Energy Market’ trial in the UK. Image: Sonnen.

Sonnen has been one of the early proponents of using home energy storage as an aggregated asset launching SonnenCommunity in late 2015, the same Year Zero that Powerwall was released. SonnenCommunity added a layer of tradability to energy, allowing community subscribers to ‘share’ their power with each other via the grid and the SonnenCommunity software and hardware platform. So does Sonnen’s Christoph Ostermann think the potential impact and value of digital energy services such as energy trading or the VPP model has been underestimated by the wider energy sector – perhaps until now?

“I think so, but on the other hand, it’s not so easy to do, either. We had a tough time getting pre-qualification for Germany and during the process you have to demonstrate to the grid operators that you are a reliable partner that can deliver what has been processed. This process in Germany is non-standardised and non-defined, so you have simply to get along with the TSOs by yourself, they are not waiting for you and you have to convince them that you can perform,” Ostermann says.

After making an investment in essentially providing grid services for free and proving it works however, it is now a ‘nice and profitable business” for Sonnen, the CEO claims.

“So, I think it’s underestimated on the one hand but on the other hand, especially in the beginning, for distributed storage, especially residential storage, because we talk about a very high number of units with a relatively small amount of power and of storage capacity, it’s really a tricky thing when you start doing that.”

The need for this flexibility provided by storage becomes more critical the higher the penetration of renewables and the fact is that the increasingly distributed nature of energy – adding EVs, PV and batteries at home level, for instance – is rapidly giving distribution grid operators more volatility in demand from residential customers.

“Even in Germany where we have a pretty modern grid infrastructure, this causes more and more problems and issues, and with large grid-scale storage, you can’t do a lot there. When it really comes to the depth of the distribution grids, you are well better off with a certain number of residential storage units. I really think that the trend is our friend here, and that we will see a very nice business for the future.”