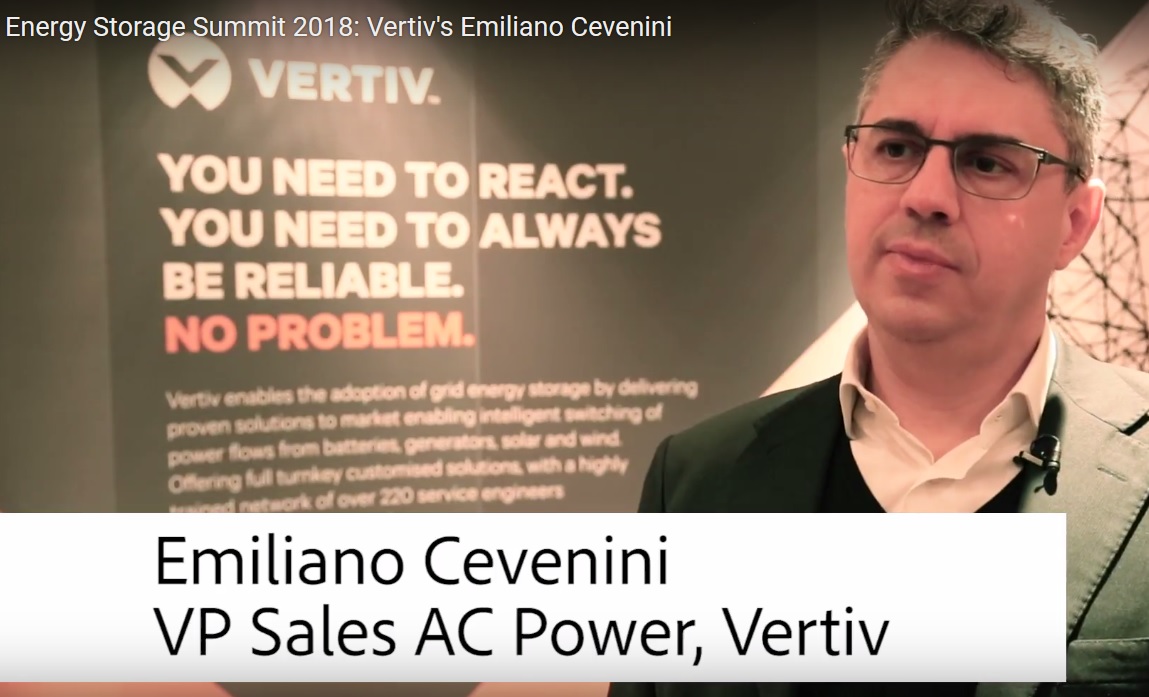 Energy storage can be an extensive value enabler for existing customers of UPS systems, while attracting new commercial and industrial (C&I) users into the space, a spokesman for Vertiv has said.

Formerly known as Emerson Network Power until its acquisition in 2016 by investment group Platinum Equity, the company has specialised in providing electricity for critical infrastructure and uninterrupted power systems (UPS) to businesses, building on decades of prior experience.

At this year’s Energy Storage Summit in London, many eyes were on the ‘usual suspects’ of system integrators and technology providers that the industry has long been familiar with, but newer names in the context of the battery energy storage industry including Vertiv were also showcasing their solutions and product offerings.

Energy-Storage.News spoke with Vertiv’s vice president for sales, AC power and business development for Europe, the Middle East and Africa, Emiliano Cevenini at the event in the video interview you can watch below.

According to Cevenini, Vertiv’s background in UPS, including work at data centres and other ‘critical users’, has set the company up well to diversify into battery energy storage. Many have invested in UPS solutions, but find that power resiliency is not really a concern, to give one set of examples. For these customers, Cevenini said, that are “literally waiting for something bad to happen” that most likely will not happen, there are opportunities for their batteries “to do more”. Adding services, whether behind-the-meter or front-of-meter, adds to the overall business case.

These customers, Cevenini, who also spoke onstage at the event, said, want batteries not only for back-up, but also “for something proactive”. Conversely, Cevenini said, adding services and therefore potential revenue streams makes battery energy storage an option for ‘non-critical’ customers that might not have considered it previously. 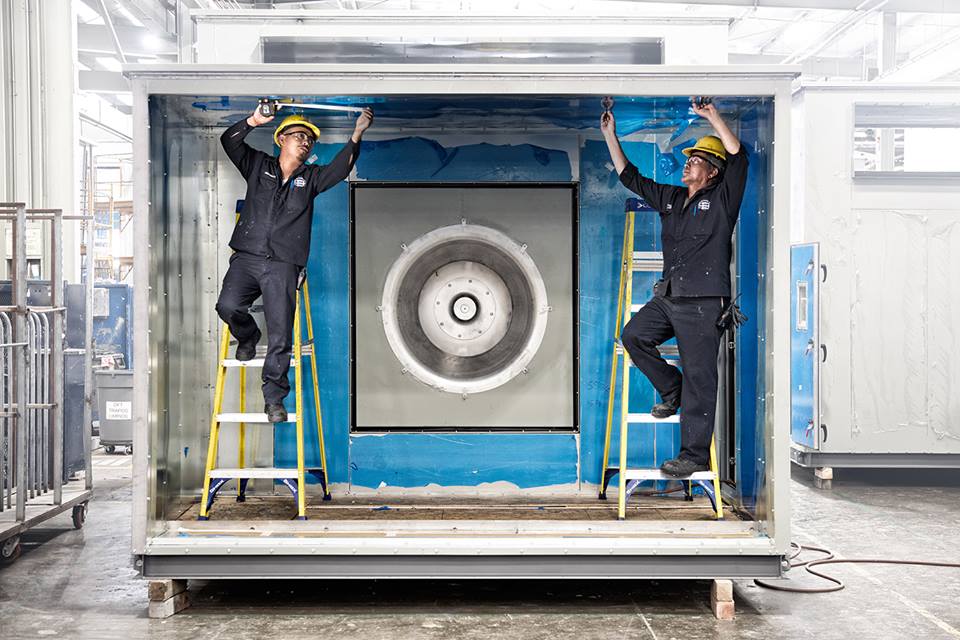 Vertiv is active in areas including UPS for datacentres and thermal management (pictured). Image: Vertiv Facebook.