UK’s ‘outdated’ Capacity Market left in a ‘state of flux’ 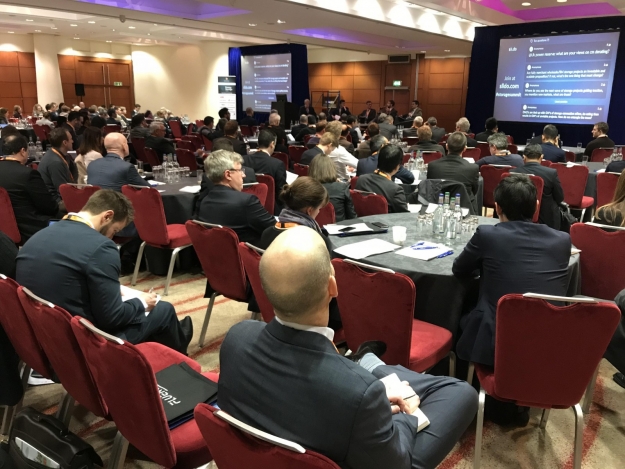 The capacity market is rapidly becoming “outdated” after the latest auction failed to secure capacity and value for new technologies like energy storage, which is now in “a state of flux” following changes to de-rating factors.

That was the majority view of the first panel of the Energy Storage Summit 2018, hosted by Solar Media at London’s Victoria Plaza.

However, Edmund Frondigoun of UK Power Reserve disagreed and claimed de-rating had resulted in “a negative impact”.

Josh Partridge, joint head of energy storage at law firm Bird & Bird, kicked off the first day of the summit by outlining the key changes in recent months for energy storage, not least the shifting landscape in the value of the technology brought about by alterations to the capacity market and National Grid’s suite of services.

This “state of flux” as he called it is now affecting the key markets energy storage is looking to play in, with new de-rating factors unveiled in December 2017 seeming “to have had a negative impact on both the capacity and price that storage procured in the recent auctions”.

However Frondigoun reiterated UK Power Reserve’s position that the company, which secured 200MW of gas-fired power capacity in the T-4 Capacity Market auction, both “understood and supported” the changes made to energy storage in the capacity market.

He continued: “It’s only right that there’s a fair reward for firm capacity and if you’d looked at the amount of pre-qualified storage in this year’s CM auction, there was something like 3GW nearly of auction ready storage that was nearly a 50:50 split of half hour and one hour [duration]. Now imagine that responding to a stress event of two hours or more, which is the CM’s job?

“It may be unpleasant for battery developers seeing their profits being slashed from a 96% derating factor…but holistically it was the right thing to do.”

Despite being the only panel member “with a skin in the game” by building projects through the mechanism,  UK Power Reserve’s position was disputed by Partridge and Merlin Hyman, chief executive of Regen, who said the capacity market was not delivering on its intended purpose.

“It looks to me pretty outdated…it was built for a different world, to defend the system and get large scale gas built. The world is changing and that kind of straight, four hour response may have value but there may also be value in shorter term responses and the way the system is running, so what it needs is starting to change. The CM seems to me increasingly a system designed for a particular policy outcome that is no longer likely to happen,” he argued.

Hymen’s comments echo those made following the outcome of the last capacity market auctions, where industry raised questions over whether or not the mechanism remained fit for purpose.

Partridge therefore raised the question of whether or not there is space for a more specialised support system for energy storage in light of the government’s specified aims around the technology.

Battery storage, for both electric vehicles and stationary applications, has been selected as a key technology for the UK, particularly post-Brexit. Huge sums of money have been put aside for the Faraday Challenge, which aims to grow the UK supply chain for storage to then trade internationally.

In this context, Partridge asked: “If we want to prioritise a particular industry – this is more of a political [question] – is there scope for having a specific mechanism to actually incentivise storage over something else?

“I think government wants to create a strong market here so we can sell expertise abroad and to do that you need to be the first mover and there is a feeling that we perhaps missed out on that where other countries like Germany have taken a lead in those markets.

“So if there is a political will to create a strong UK brand for storage that we can export there perhaps is potential for discussions around if it can be incentivised separately.”

However, Hymen was quick to point out that government’s stated aim of technology neutral support across the energy sector would likely block such an approach, while added that the current political landscape meant very few options were available.

“Essentially if you talk to [the Department of Business, Energy and Industrial Strategy] they’ll say ‘we can’t do any legislation because of Brexit, we haven’t got any money to do any tax exemptions – Treasury won’t let us’. So the only place there’s going to be any money is innovation funding because the industrial strategy is big and that’s where they’re going all out.”