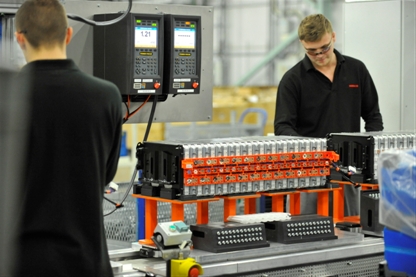 Four projects have been awarded £42 million (US$59.6 million) of UK government money between them to conduct research aimed at overcoming battery challenges, mainly focused on electric vehicles.

The cash has been allocated through the Faraday Institution, set up as the UK’s independent national battery research centre as part of the £246 million push from government to develop battery technology in the UK.

The topics for the four projects were chosen in consultation with industry, who will partner closely with each of them. Industrial partners will contribute a total £4.6 million of in-kind support to the following four projects:

Extending battery life – The University of Cambridge will collaborate with nine other universities and 10 industry partners to examine how environmental and internal battery stresses damage EV batteries over time.

Battery system modelling – Imperial College London will lead a consortium of 23 other university and industry partners to develop new software tools to understand and predict battery performance. The project’s aim is to create accurate models for use by the automotive industry to extend lifetime and performance.

Recycling and reuse – The University of Birmingham will lead on this project to identify the ways in which second-hand lithium batteries can be recycled, investigating how best to with the aim to reuse the batteries and their materials.

Next generation solid state batteries – The University of Oxford will lead this effort with the intent of breaking down barriers currently preventing the progression to market of solid-state batteries. The ambition is to demonstrate the feasibility of a solid state battery with performance superior to the status quo of lithium ion in EV applications.

Business Minister Richard Harrington commented: “With 200,000 electric vehicles set to be on UK roads by the end of 2018 and worldwide sales growing by 45% in 2016, investment in car batteries is a massive opportunity for Britain and one that is estimated to be worth £5 billion by 2025.

“Government investment, through the Faraday Institution, in the projects announced today (23 January) will deliver valuable research that will help us seize the economic opportunities presented by battery technology and our transition to a low-carbon economy.”