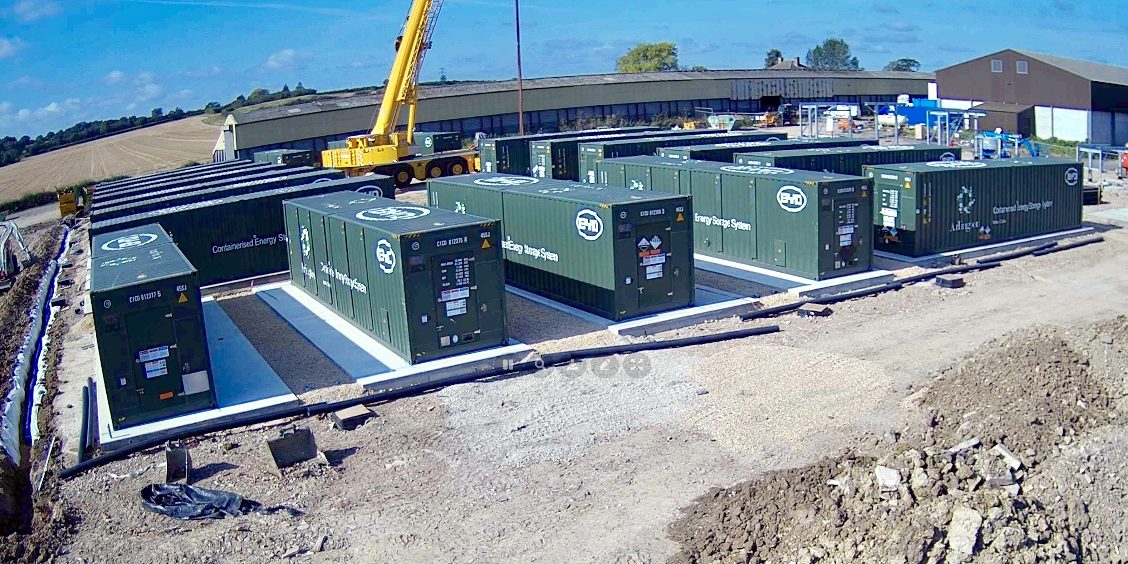 The 40MW Arlington battery storage project, which is among the assets in Habitat Energy’s optimisation portfolio. Image: Habitat Energy.

By the end of 2022, the volume of installed batteries in the UK is set to outstrip the demand from frequency services, marking a key tipping point for Dynamic Containment (DC).

Up until now, the market for DC which was only launched late last year has been undersubscribed, making it one of the most profitable for battery storage optimisers in Britain, Mike Ryan, commercial director at Habitat Energy – an optimisation company with a large number of battery assets in its portfolio – explained in a webinar for our sister site Current± last week, part of the site's Current± Briefings series, called 'The future of Dynamic Containment'.

This has allowed companies to capture revenue of close to the cap of £17 (US$23.76) /MW/hr in the market fairly consistently. As the volume of installed battery capacity outstrips demand from DC and other frequency services like Firm Frequency Response (FFR), attention will likely turn to the merchant market.

As such, forecast revenue is becoming increasingly important, with the volatility of wholesale power prices due to intermittent generation from renewable energy increasing, offering a significant opportunity to flexibility providers. Prices will likely fall in the DC auctions, and then start tracking closely to merchant prices said Ryan.

National Grid ESO is set to introduce two further Dynamic services to help manage this volatility, with pre-fault services Dynamic Moderation and Dynamic Regulation in the works currently. While not set in stone, these are likely to be smaller than DC which is set to have a total capacity of 1,400MW. For Moderation this is likely to be 300-500MW and for Regulation 400-600MW.

Given the size of these mechanisms therefore, and the growth in the battery market, they are unlikely to have such a significant impact on the market, or offer such large returns. For Regulation in particular, Ryan suggested that the price batteries would have to bid in at to make commercial sense for the asset owners would likely lead to them being rejected.

There is the possibility of stacking revenue streams going forwards to maximise an asset's potential, utilising a combination of Dynamic services, FFR and others.

“National Grid have always stated they're very keen to make these services stackable, I think people just need to be conscious of what stackable means,” said Ryan, highlighting that an asset cannot do three things at once.

This story first appeared on Current±, where you can also find out about past and future Current± Briefings webinars. The full video of Current± Briefings: The future of Dynamic Containment will be available on the site in the coming days also.