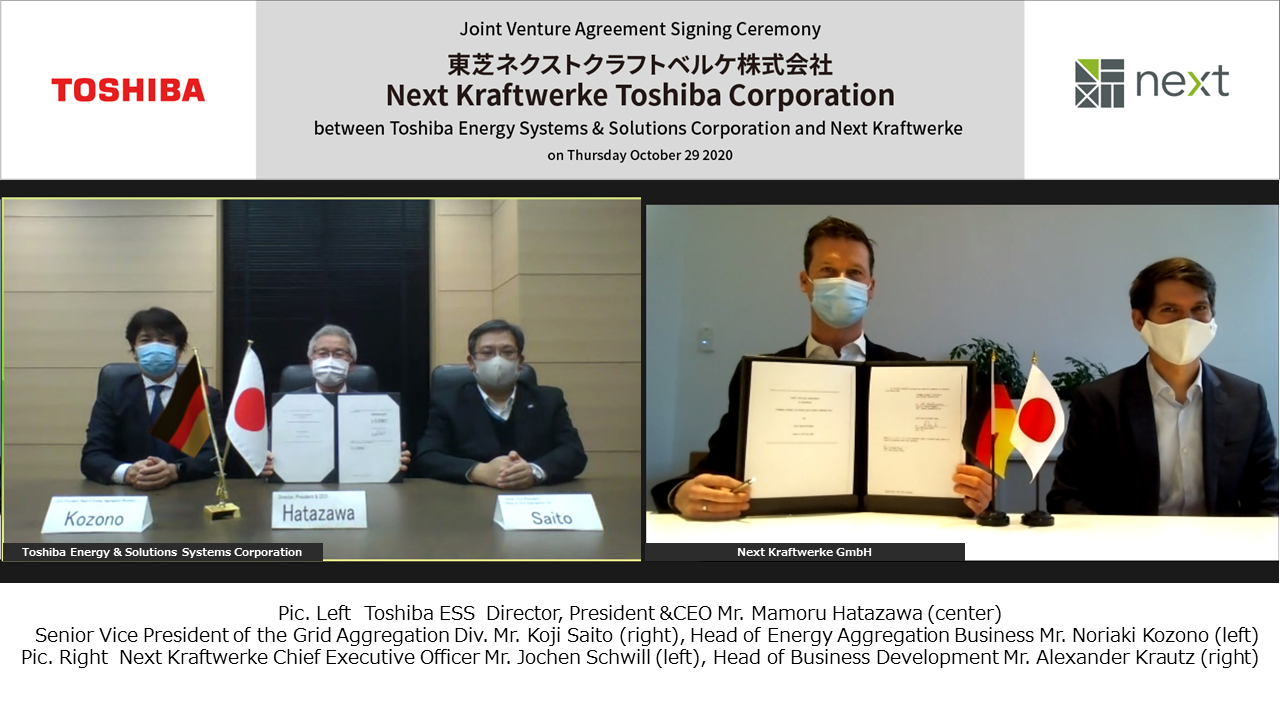 An online signing ceremony was held to mark the creation of the JV. Image: Next Kraftwerke Toshiba Corporation.

A collaboration to study the potential for virtual power plants (VPPs) between Japanese electronics giant Toshiba and German aggregator and power trader Next Kraftwerke has led to the formation of a joint venture (JV) between the two.

Our sister site Current± reported back in October last year that the pair had signed a Memorandum of Understanding (MoU) to investigate the potential for VPPs, which aggregate together various distributed energy resources (DERs) to create a single larger asset for the grid.

Toshiba’s Energy Systems & Solutions Corporation (Toshiba ESS) has now agreed with Next Kraftwerke to form Next Kraftwerke Toshiba Corporation to start the JV, which will begin operation later this month and offer up VPP solutions to third-parties based in Japan.

Toshiba said that the launch is a response to the growing need for resources to step in to help power generation companies or electricity retailers balance the supply and demand of energy on the grid at 30 minute intervals.

Both companies own technologies which can forecast power generation and demand, carry out energy market transactions and control distributed energy resources, all of which can be used to reduce imbalance risks, to optimise trading opportunities and enhance customers’ profits in electricity spot markets and control reserve markets.

Japan recently committed to a national decarbonisation policy goal of achieving net zero emissions by 2050. The country experienced a solar boom in the wake of the Fukushima nuclear disaster of 2011 as it introduced new large-scale, commercial and residential feed-in tariffs to encourage renewable energy adoption – in addition to residential tariffs that already existed from 2009.

However the past couple of years have seen Japan’s lawmakers largely put the impetus for deploying more renewables – primarily solar – onto the industry, which is tasked with coming up with effective business models to incentivise deployment.

Japan’s electricity market is also undergoing a long deregulation process in which dozens of new retailers have emerged, while the process of unbundling generation from transmission is also taking place: Japan’s grid and electricity supply have traditionally been the domain of 10 regional grid operator-utilities.

Meanwhile, a large and growing behind-the-meter energy storage market has grown as households buy battery systems to ensure their security of supply in the country which has been shown to be prone earthquakes and other natural disasters.

A market for control reserve will open up next year, while a trading scheme for renewables opens up the year after that, while renewables generators will become responsible for integrating their share of energy onto the grid while keeping it balanced. Kaz Iguchi, business development head at Tokyo-headquartered residential solar PV and energy storage company Sharing Energy, a startup among those looking to make a success of Japan's deregulated energy market, told Energy-Storage.news recently that as rules change in the next couple of years, peer-to-peer (P2P) energy trading using solar and batteries is likely to become a scalable business model in Japan.

The Toshiba Next Kraftwerke JV will be headquartered in Kawasaki, Japan, offering up Next Kraftwerke’s software-as-a-service solution, called NEMOCS. The platform allows operators of DERs to monitor, manage and dispatch their systems remotely. While the JV will focus initially on the Japanese market, both separate companies’ international sales channels could be leveraged to allow overseas expansion in future, the pair said.

The new company has been established with share capital of 180 million, while Toshiba ESS takes a 51% voting ratio and Next Kraftwerke the remaining 49%. 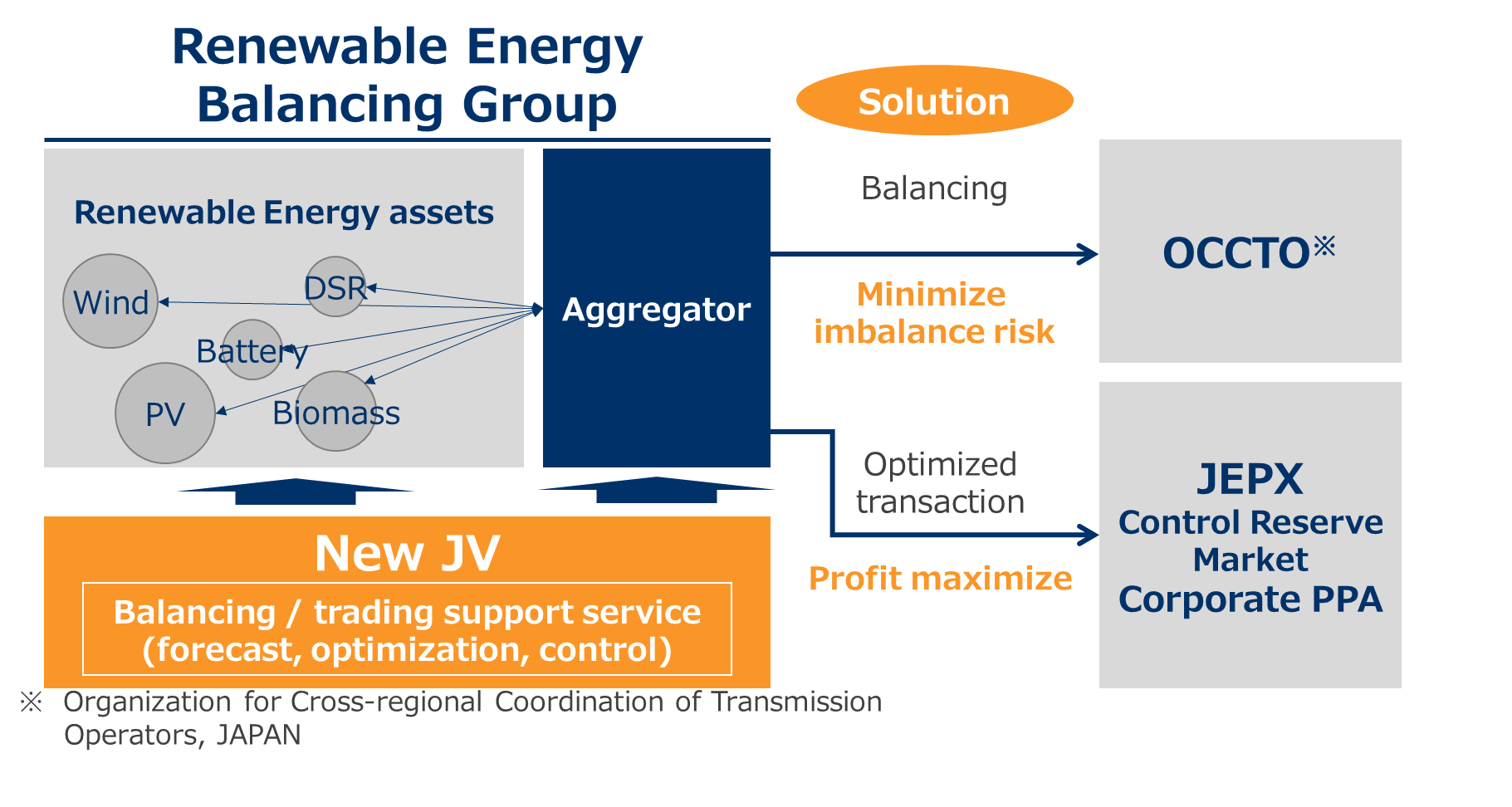