The recent installation of a 5MW/5MWh commercial battery park is a high profile exception to the prevailing trend for the German storage market to be driven by the residential sector. Image: younicos.
Storage now is in roughly the same position solar was in a decade ago: almost everyone can see its potential, the technology is pretty much there, but the costs are still too high to allow the mass penetration that PV is now starting to see. What is needed is a push from a group of bold policy makers to prove the concept and then let the market do what it does in driving out cost.

Well, some parts of the world are beginning to take the initiative. It&rsquo;s happening at different scales, led by both national and local authorities, but the first generation of storage leaders is beginning to emerge. We look at some of the areas embracing storage. Part one of this article, published last week, covered the three leading US states and therefore by extension three of the leading regional storage markets in the world. This week&rsquo;s second part covers notable regions in the rest of the world.

Germany is at present sporting a solar-plus-storage market driven almost entirely to serve the residential sector. One of the earliest countries to recognise the importance of kick-starting a solar industry is also trying to live the dream of using your own electricity onsite, albeit to a limited extent.

Policy is moving to enable that, but domestic manufacturers including Sonnenbatterie and ASD Sonnenspeicher claim that uptake directly driven by subsidies introduced by the government in 2013 remains limited. A Sonnenbatterie spokesman said that while the subsidies had led to greater standardisation and raised awareness, it had often slowed down the process of getting a system into a customer&rsquo;s house who would have bought a system anyway, rather than enticing new market entrants.

Indeed, the market even for residential systems remains fairly modest for now, with only around 4,000 sold in the first year of subsidies, according to federal industry association BSW Solar. When you consider the average system is probably around 5kW, that doesn&rsquo;t add up to a lot of megawatts, but analysts EU PD Research predicts total sales to double this year, rise to just over 12,000 in 2015 and keep going.

At much larger scales, activity has been limited to a handful of pilots, with one notable exception being a 5MW/5MWh &lsquo;battery park&rsquo; for grid stabilisation, installed in an area of northern Germany with a high penetration of renewables. Battery specialist younicos, which constructed the facility, claims it is capable of competing with a 50MW gas turbine in frequency regulation markets. Despite this, German think tank Agora Energiewende argued in a recent report that in the next 10 to 20 years, the use of energy storage is not likely to be a more effective integrator of renewable energy technology in Germany than a mixture of other options aimed at giving energy systems more added flexibility, such as energy trading with close neighbours.&nbsp;&nbsp;

The explosive growth in PV capacity in Japan in the past two and a half years has among its unwanted consequences spawned problems with adequate grid connection and a rise in consumer electricity bills. Measures taken to solve these problems are expected to be contributing factors toward 100MW of storage installations this year. Peak shaving is also a driver at commercial level, in a market largely created this year and the last by lithium-ion subsidies that also compensate up to one third of the cost of residential battery systems. Earlier this year, Sam Wilkinson, research manager at IHS, predicted that, also driven by subsidies, 100MW of storage will be installed in 2014, contributing to a total 1.4GW of totalled installed storage capacity in Japan by 2017.

Faced with a high number of utility-scale projects unable to get connection, Japan is also trialling the world&rsquo;s largest battery to date, a 60MWh vanadium redox flow system built by Sumitomo Industries on the northern island of Hokkaido. The country&rsquo;s approach at grid scale has been mostly to put money into a handful of one-off pilots, mainly through the Ministry of Energy. The project has been commissioned by the Ministry of Economy, Trade and Industry (METI), which has also expressed an interest in commercialising the technology if successful. The pilot will be joined by a 20MWh lithium-ion system in Sendai to the north of the mainland, and two similar projects on islands in the south.

Yet most of the energy storage activity this year will be in the residential space, according to Yoshiyuki Ohhashi of Tokyo-based solar industry analysis firm RTS PV. In Japan, where people buy land and build new houses if possible, one homebuilding firm, Sekisui Heim, claims to have installed 10,000 units so far, Ohhashi says.

Government budget has gone into research into smart communities too. Backup power in the event of earthquakes and other emergencies is also a serious concern in Japan, driving demand for storage at public facilities like schools and shelters. Next year, Ohhashi says, the requested budget for the lithium-ion subsidy, to be approved, will be around &yen;7 billion (US$64.4 million).

In common with Hawaii, as a island territory, Puerto Rico has a more pressing need than most regions to install energy storage to integrate renewables and protect the grid. Image: flickr user: cogito ergo imago.
Puerto Rico: Paradise renewed

Faced with similar creaking grid problems to Hawaii, and fluctuating power, Puerto Rico, has put a mandate in place that almost sounds like the whole thing could have been invented as a technical study in renewable integration. Puerto Rico&rsquo;s only utility, transmission, distribution, generation and regulation authority, Autoridad de Energia Electria (AEE), ruled that every new renewable energy projects must provide the equivalent to 30% of its nameplate capacity in storage for frequency regulation over a 10-minute duration. They must also provide 45% of the equivalent to the system&rsquo;s nameplate, for one-minute ramping. The high power nature of the MTR means there may be space for supercapacitors and flywheels as well as batteries, according to Dean Frankel of Lux Research. AEE plans to sign PPAs with developers of 600MW of renewable energy projects, boosting the islands&rsquo; share from renewables by 5%.

Ontario Aided by a decent amount of hydroelectric, Ontario has given itself ambitious renewable energy targets and to match that has kicked off a long-term energy plan this year by seeking to add 50MW of energy storage. Five projects were selected in July totalling 33.5MW, including a flow battery for solar.&nbsp;&nbsp;

India India has a long history of coupling solar with batteries, albeit of the lead acid kind. Now that the recently incoming government of Narendra Modi has promised measures to bring electricity to the 300 million Indian citizens that do not have access within three to five years that will include the building of over 1,000 micro-grids, of which storage and solar will be a key part.&nbsp;&nbsp;

Rest of the USA At a national level, the IRS has recognised the value of energy storage and provides a modest tax break for storage in combination with solar, while commercial storage is sold for peak shaving across the States. There is also a market for frequency regulation to the grid in the service area of utility PJM, which covers all or part of a number of US states, including Illinois, Kentucky, New Jersey and North Carolina, as well as the District of Columbia.

Rest of the world The UK and Italy are trialling large-scale systems and cautiously spending here and there on pilot projects and smart energy management. Meanwhile, in rural and remote areas, there will always be a compelling argument for energy storage, for economic as well as development reasons. From using storage to refrigerate food to sell, to micro grids for rural electrification and saving money by replacing diesel at Australian mining operations, the use cases for storage look very different in remote environments than they do in built-up areas. Then again, as we&rsquo;ve seen, from the many examples, almost every region of the world has its different possible and actual uses, values and understanding of storage.

This article appeared in its original form in PV Tech Power, the new downstream solar technology journal from Solar Media. 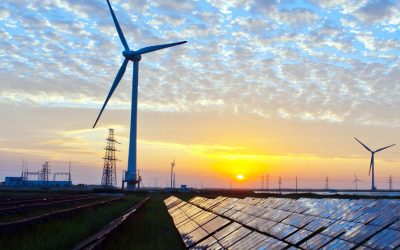 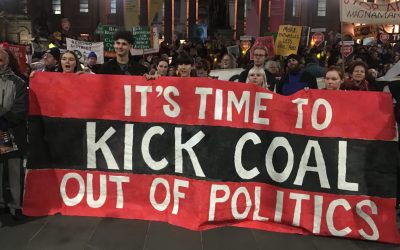 After the Climate Wars: Why does Australia need an electricity storage target?

June 8, 2022
How a deployment target scheme could transform the economics of storage in Australia and help the government fulfil its promises to voters. 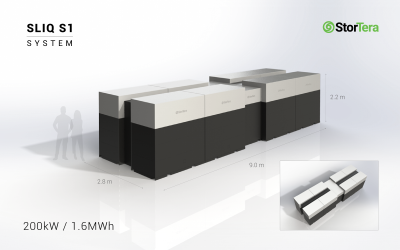