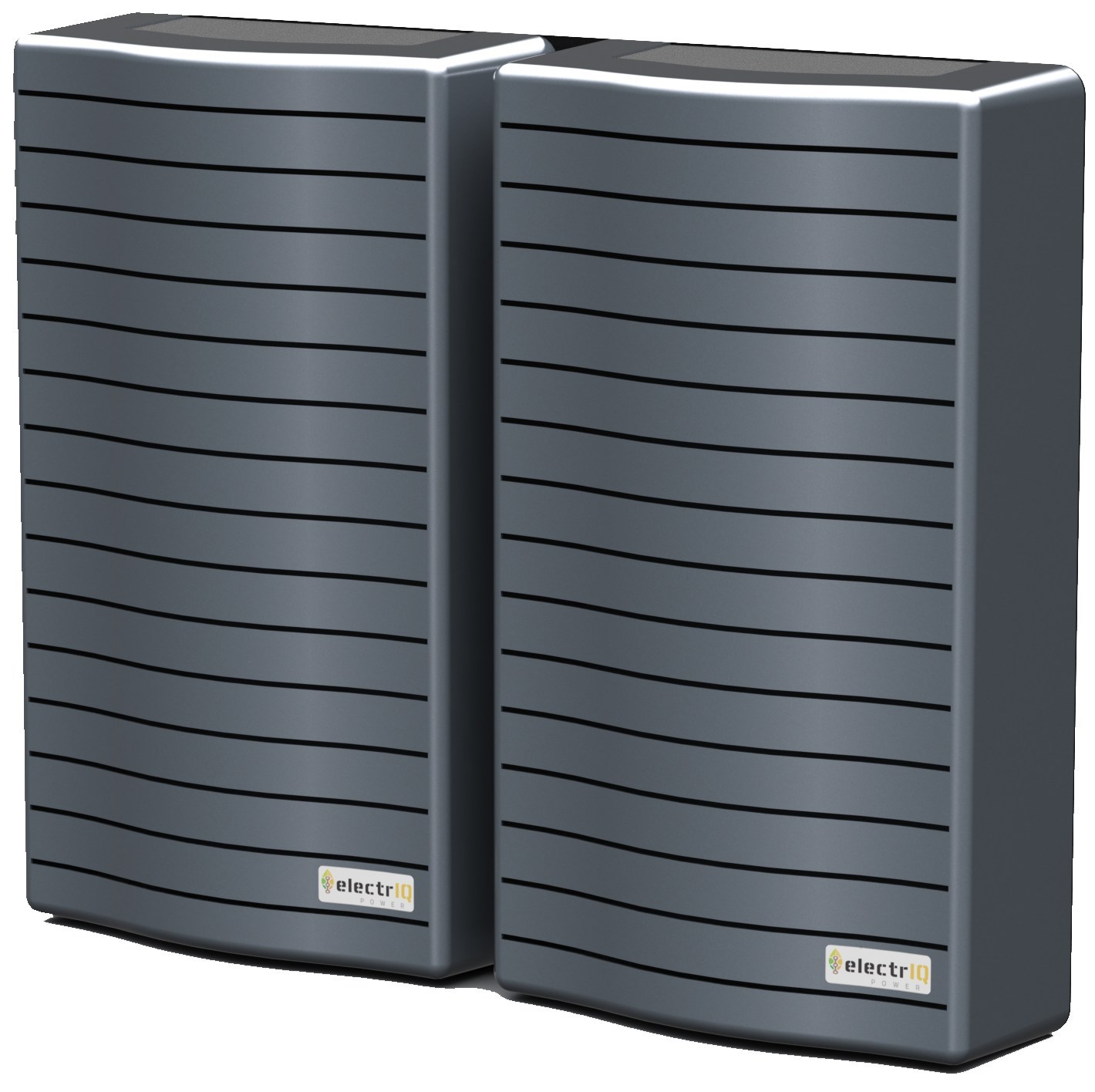 EletrIQ’s 11kWh PowerPod will be launched at the show this week, and customers can speak to it via Amazon’s Alexa. Image: EletriIQ

It’s Solar Power International this week and bigger than ever is its co-located sister show Energy Storage International.

Energy-Storage.news is proud to be partnered with ESI and this week we’ll be reporting on what we see and who we speak with. Whether its new technologies, new financing or new perspectives on policy, it’ll all be here in Anaheim, California, perhaps as some have said to me the spiritual home state of US solar (and home city of Disney).

The leading status California has enjoyed for solar is being replicated in energy storage and we look forward to hearing more this week about SB100, the policy action which means 100% renewable electricity by 2045 for the state. We also look forward to hearing more about the utility involvement in energy storage across the US, which has been very proactive in many cases.

Amazon’s Alexa connects up with EletrIQ

SiliconValley-based ElectrIQ has just launched the PowerPod, which comes with 11kWh of lithium-ion batteries and 5.5kW hybrid DC-coupled inverter for home use. It can be stacked with up to three battery packs and three systems, meaning up to 99kWh and 16.5kW are possible for larger residences or small commercial premises.

Along with the company’s own energy monitoring platform, ElectrIQ view, and a 10-year warranty for daily cycling of the battery system, it is designed to kickstart a home energy setup in the event of blackouts. Amazon’s Alexa voice control will also be on hand to tackle users’ questions about energy consumption and generation as well as the state of charge of the battery. It could potentially be linked to other smart devices, ElectrIQ said. The company has given a price point of US$8,999 for the PowerPod as a complete system with solar and battery inverter included.

One in, one out for panel-level energy storage

Austin, Texas-headquartered Yotta Solar will be bringing a panel-level energy storage system for launch at SPI/ESI.

Yotta, like JLM Energy before it, claims that mounting small or micro sized energy storage devices in combination with individual PV panels can greatly reduce the space required versus centralised storage systems, with the launch coinciding with reports that California’s JLM Energy is itself facing financial difficulty.

Yotta Solar claims that the design of its SolarLEAF system, mounting distributed and smaller battery storage around a solar array, includes ‘passive thermal regulation’. According to the company this enables it to operate in high temperatures, and removes the need for bulky HVAC and fire suppression systems.

The idea is also to reduce the footprint of energy storage systems, with Yotta claiming SolarLEAF could be used instead of centralised containerised storage.

The NASDAQ-listed manufacturer will launch a version of StorEdge at SPI/ESI which includes a backup interface and can be connected to larger systems which use multiple batteries. It can cover the energy demand of an entire home, as opposed to systems which have smaller capacities and capability and which therefore prioritise a few critical or lower power functions.

Expected to be available by the end of this year, the systems are compatible with LG Chem High Voltage RESU10 battery – with Tesla Powerwall compatibility now removed. 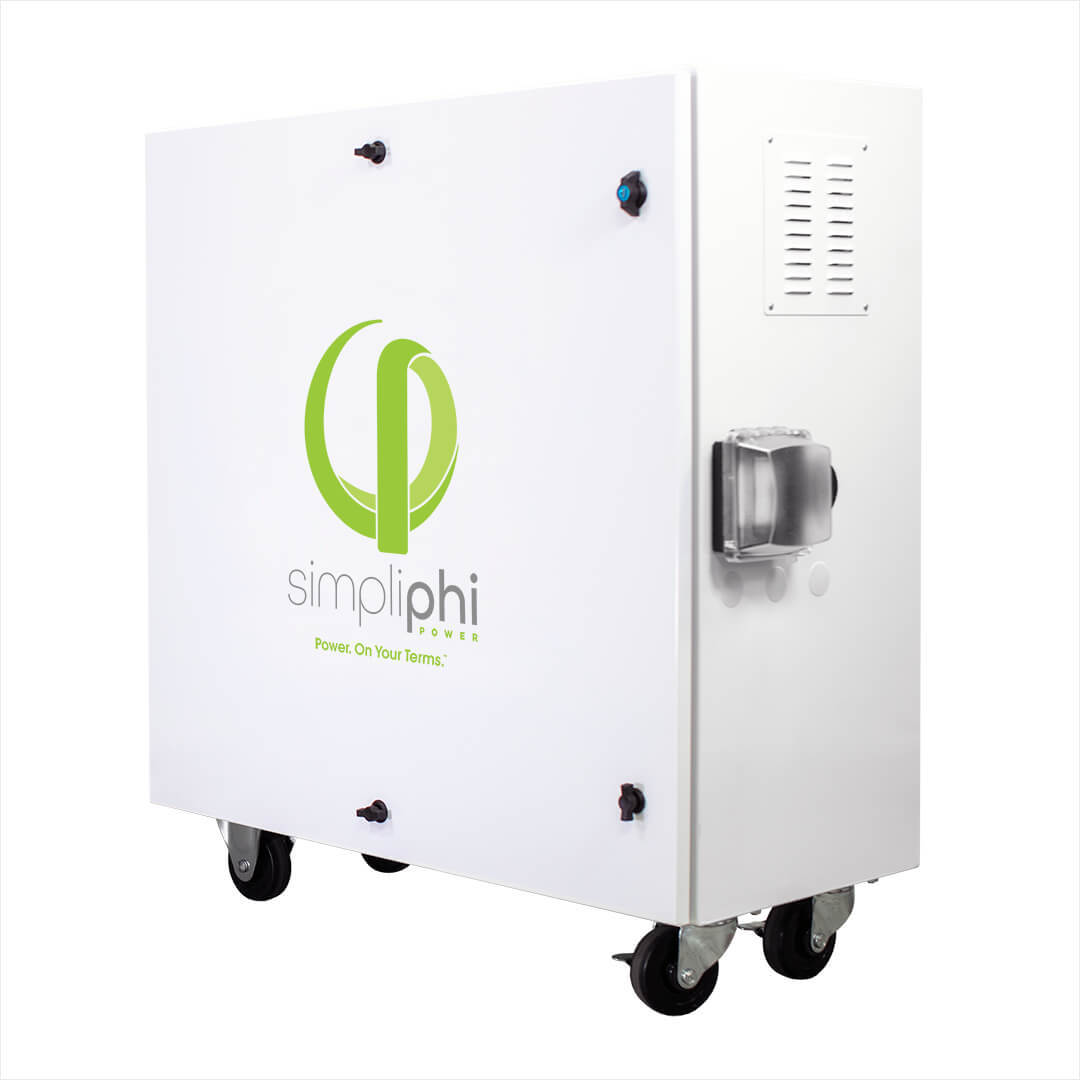 As intense weather events continue in the US and elsewhere, SimpliPhi Energy, the company which originated in supplying energy solutions but now provides home and commercial and industrial energy storage systems, has also expanded its backup power offerings.

SimplPhi is launching a high voltage unit aimed at the commercial and industrial (C&I) market. PHI High Voltage will enable businesses to store power to combat intermittency or blackout situations. In addition to this it will provide emergency backup, demand response, peak shaving and load shifting, available in scalable battery bank sizes using lithium iron phosphate (LFP) batteries that the company says do not run the risk of thermal runaway and do not utilise cobalt.

Using proprietary battery cell architecture and manufacturing processes, SimpliPhi will also showcase a mobile UPS and energy storage system solution which can power appliances in emergency situations while being portable enough to be on wheels. ExprESS, is a battery powered AC generator with uninterruptible power supply (UPS) and comes in 5kWh/240V or 7kWh/48V configurations.

From chatting about the weather to deadly climate events

It’s anticipated that the role of energy storage and other clean technologies in Puerto Rico’s recovery efforts will be much talked about. As a visitor to the US and a British person accustomed to discussing the weather, it’s striking how many conversations have been had or overheard that focus on extreme weather events here in America. Whether you believe there’s a connection between climate change and deadly or dismantling weather conditions or not (and the smart money says there is), energy storage and solar can most certainly form part of the resistance to – and protection from – climate change.