Naturgy, a multinational energy company headquartered in Spain, has bought a large-scale hybrid solar-plus-storage project in development in Australia.

Global Power Generation, a joint venture (JV) company started by Naturgy and the Kuwait Investment Authority sovereign wealth fund in a 75:25 ownership split, has acquired the Cunderdin project from developer Sun Bred Power (SBP). Financial terms of the acquisition have not been disclosed.

Located in Western Australia, near the town of the same name, Cunderdin will combine 125MWdc(100MWac) of solar PV generation with 55MW/220MWh of battery energy storage system (BESS) technology.

Connected to the South West Interconnected System (SWIS) electricity grid, it looks set to be a relatively rare early example of a large-scale hybrid plant with four hours of storage duration – most utility-scale BESS projects in the country to date have been one hour’ duration or less, with a more recent wave of 1.5 to 2 hour duration systems commissioned or in development.

Cunderdin marks Naturgy’s first entry into Australia’s solar PV market, although through Global Power Generation the company already has a portfolio of wind projects in the country, including 276MW of installed capacity in operation, a 109MW wind project coupled with a 10MW/20MWh battery system and 630MW more projects in development supported by power purchase agreements (PPAs).

Naturgy aims to invest €14 billion (US$13.97 billion) during the 2021-2025 timeframe under a long-term strategic plan. Through that, it wants to bring its global renewable energy asset portfolio to 14GW in 2025 from 5.2GW today, representing about two-thirds of the company’s investment over that time. Within Australia, the company wants to have 2.2GW of assets in operation by then.

The Cunderdin hybrid project will participate in the Wholesale Energy Market for Western Australia overseen by the Australian Energy Market Operator (AEMO). The SWIS is not connected to Australia’s other major grid networks and the battery system will enable the solar plant to support the wholesale market during peak demand periods.

The choice to go DC-coupled increases efficiency of the system by reducing conversion losses, as well as reducing the complexity and equipment cost of the whole system. BESS supplier has been selected as Sungrow, the Chinese inverter manufacturer which has been also integrating and manufacturing battery storage for several years.

Construction is scheduled to begin later this year, with the start of commercial operation targeted for the first quarter of 2024.

Naturgy is active in 20 countries, with end-to-end involvement in the natural gas value chain as well as its interests in renewables. It won 417MW of PV capacity in government auctions held in Spain during 2021, while the company entered the US renewable energy market for the first time last year as well, acquiring solar and energy storage developer Hamel Renewables. 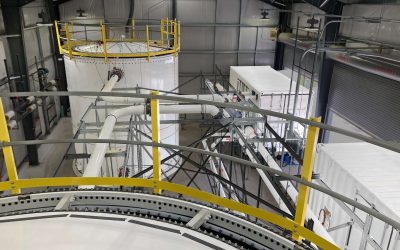 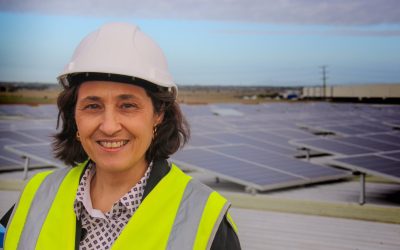 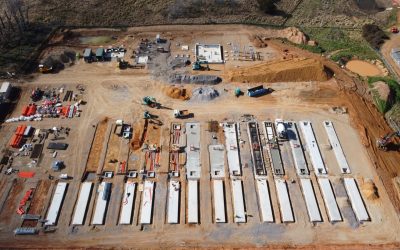