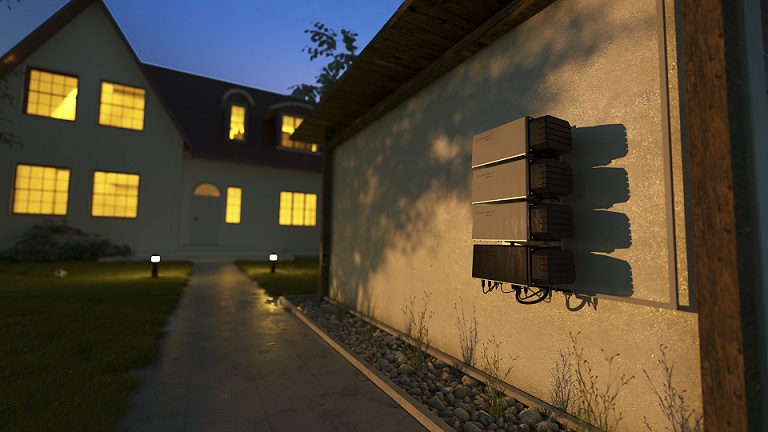 Solarwatt has unveiled the latest evolution of its MyReseve system, a fully modular storage system that can be customised to suit the demands of any application.

Around 400 partners of the German manufacturer attended a launch event in Berlin yesterday where the MyReserve Matrix was revealed.

The system is comprised of just two basic components, the Pack battery module and the Command power electronics unit, which contains all connectors, sensors and control software for the system. It can be installed with as little capacity as 2.2kWh but due to the scaleable design of the Matrix storage solution, more battery modules can be added up to 2.2MWh.

One control unit is needed for up to five battery modules, with the number of components able to be customisable to suit the end user's requirements.

Dr. Andreas Gutsch, managing director of the Solarwatt Innovation Technology Center and responsible for the development of the MyReserve battery, said: “Our entire system is based on a matrix of these two basic building blocks.

“With uncompromisingly scalable performance and capacity, there is a home battery on the market for the first time that fits all applications. Our installers need only deal with these two components. This means less training, storage, and transport costs – and, last but not least, faster and easier installation.”

Carsten Bovenschen, chief financial officer of Solarwatt, added that due to the variable prices for each system – €1,968 ($2,126) for the command module and €1,879 ($2,030) for each battery pack – it was very difficult to compare the Matrix to competitors.

The company added that high efficiencies and the low cost of scaling up the system, including installation and maintenance, means the system offers extremely competitive pricing across several applications.

Detlef Neuhaus, chief executive of Solarwatt, said “Our latest generation batteries will fundamentally change the power storage market. This is the first system that flexibly adapts to individual customer requirements, rather than the opposite.” 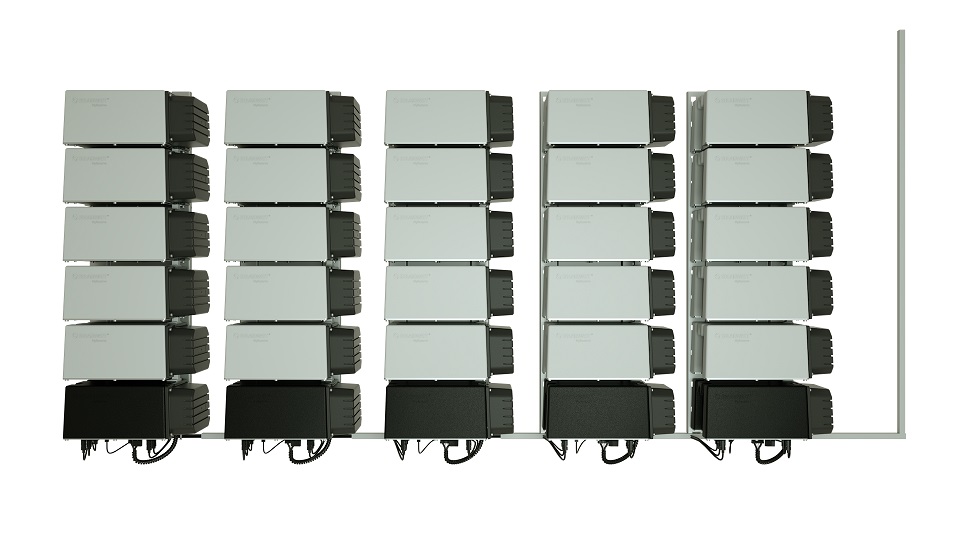 Solarwatt’s MyReserve Matrix can be scaled up to suit any application from 2.2kWh up to 2.2MWh of capacity. Image: Solarwatt.

The physical structure of the Matrix system, with each component fitted individually, means installation can be completed quickly. Installers learning about the system at the launch event completed an install of one control unit and three battery packs within six minutes.

Solarwatt added that maintenance could be easily carried out as individual faulty components can be removed and replaced with new hardware. The MyReserve Matrix comes with a 10 year guarantee and 15 year expected lifespan but components can be exchanged when needed, meaning it is unnecessary to replace the entire system.

The system is designed to connect directly to the DC system between the PV array and the inverter, however Solarwatt confirmed it was working on an AC option to be delivered within 12 months. This allows the Matrix solution to communicate and work with any brand of inverter, enabling to it be applied immediately to the retrofit market.

The system is continuing to undergo testing, including for a 1.5MW application, before being launched officially in summer 2017. A company representative said the first units would be sold in Solarwatt’s native market of Germany before being released in others in 2018.

Bovenschen added: “This consistent modularity will make it easier for us to introduce the MyReserve successfully in the various foreign markets that are of interest to us.

“If the battery needs to be adapted to specific conditions on site, only one of the building blocks needs to be modified, instead of the entire product. This results in significant scale effects.”

The system marks a departure from the residential market which Solarwatt has traditionally engaged with, having sold more than 20,000 units in Germany since the current MyReserve system was launched in 2015.

However, the scaleability of the system means the company will now seek to tackle commercial, industrial and even grid level applications.

Gutsch added: “Large-scale competitors will have to notice that we are here now.”

Read Dr Olaf Wollersheim of Solarwatt's guest blog for the site this week on safety and security in lithium-ion systems: Home battery storage systems: Security is not negotiable.