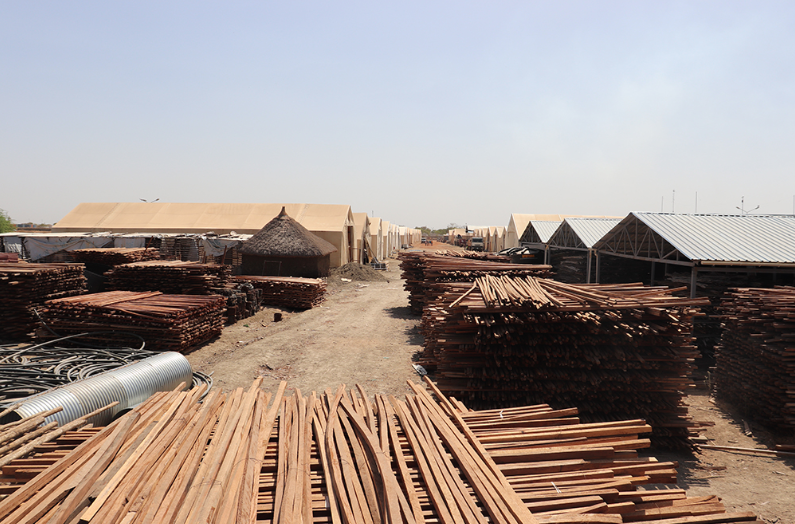 The battery system will use lithium-ion technology. credit IOM

Norwegian firm Scatec Solar has linked up with the International Organization for Migration (IOM) to provide a solar-plus-storage system to one of its humanitarian operations in South Sudan, while it plans to expand into other emergency zones in the region.

A 700kW hybrid PV project linked with 1.6MWh of lithium-ion battery storage will be installed at the IOM-managed Humanitarian Hub in Malakal, which houses close to 300 humanitarian workers that provide services to nearly 30,000 internally displaced persons (IDPs) in the nearby Protection of Civilians (PoC) site, a Scatec spokesperson told Energy-Storage.news.

This is the second solar system at Malakal, as IOM already uses solar pumps to distribute 500,000 litres of water daily to meet the water needs of the PoC and Humanitarian Hub residents.

The system, which is equity financed by Scatec Solar and supported by the United Nations, will provide around 80-90% of the round-the-clock power demand of the site, with the remaining 10% filled with diesel generation. It will reduce cost and carbon emissions for the UN entities and the solar systems can be easily scaled up to supply power to local communities or to other off-takers at a later stage. The initial 1,900 solar modules are expected to be installed by December this year.

IOM will invest in the initial hardware and installation costs, with funding from the UK’s Department for International Development (DFID). IOM will then lease the batteries and panels for an annual fee for the duration of its operations in Malakal.

When asked why the company chose South Sudan as a pilot location for its projects in humanitarian settings, the spokesperson said: “Scatec Solar’s partner Kube Energy has for several years been working with various agencies in South Sudan, helping them to analyse their energy needs and develop solutions to reduce their dependency on fossil fuel. Among these agencies, IOM has shown a strong determination to tackle the decarbonisation challenge with an innovative business model.”

Scatec and Kube are developing more projects in South Sudan and in other emergency zones in the region, as well as in West Africa.

Previously, Scatec Solar has signed agreements with an international agency for two hybrid solar plants with a total capacity of 2.25MW at two other locations in South Sudan. While construction has started, Scatec was not able to disclose more details on these agreements.

Discussing security issues, the spokesperson said: “While South Sudan security situation is improving with the implementation of the peace plan, the plants are located within the perimeter of the agencies premises and therefore best possibly secured from potential external threats. Scatec Solar is taking all the necessary measures to ensure the security of its staff and contractors.”

“We see that one of the challenges in Africa is that 250GW of diesel-run generators affect the environment, tend to be inefficient and very costly to run. This is why we believe this project can make a difference in South Sudan,” added Frédéric Grosse, SVP of Scatec Solar, in an IOM release.