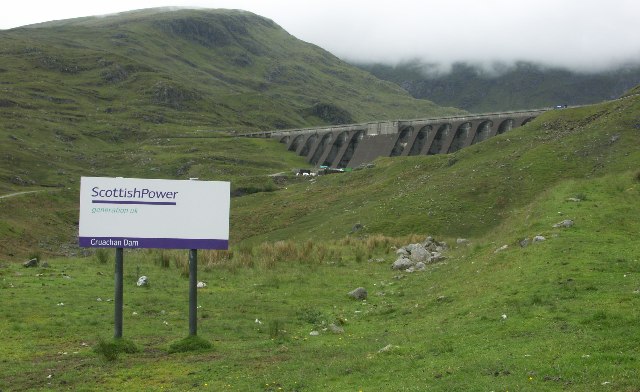 British vertically-integrated utility Scottish Power has come under scrutiny from the demand side response (DSR) sector after proposing to national regulator Ofgem that de-rating factors applied to large scale battery storage should be extended to those used to provide DSR in the Capacity Market.

The utility put forward the proposal to Ofgem last month, which included plans for a ‘storage DSR’ technology class which would force DSR providers to identify as part of their bid any battery storage unit within the CMU (capacity market unit) which would be de-rated.

The proposal was met with criticism from market participants who, as well as claiming the plan would not work in practice, added that such a move would set 'a dangerous precedent' for DSR.

Attention has now turned to Scottish Power and its reasons for making such a suggestion as an incumbent utility with “a vested interest” in keeping batteries limited in the Capacity Market, which is the mechanism by which generators are paid to keep some capacity available for so-called network stress events.

David Bowman, managing director of commercial and industrial energy consultant N-Ergy, pointed out: “Scottish Power has a vested interest in pumped storage and de-rating batteries works in its favour.”

Between its Cruachen, Galloway and Lanark assets, Scottish Power has 566MW of pumped hydro storage to call on and has already completed a two-year feasibility study that determined a further 400-600MW could be added to Cruachen.

While others were less straightforward in pointing out the link between Scottish Power, its existing interests and the competition posed by battery technology, DSR providers have posed questions over the utility’s opposition to alternative sources of flexibility.

Robert Owens, vice president of asset optimisation at SmartestEnergy, which secured 231.64MW of unproven DSR contracts in both the recent T-1 and T-4 Capacity Market auctions, said: “We can’t speak on Scottish Power’s behalf but clearly they have a number of assets which benefit from a Capacity Market without innovative new participants.

“They have a vested interest in the Capacity Market as a support mechanism for traditional generation and have been generally sceptical of the role that DSR can play.”

Michael Phelan, chief executive of GridBeyond – formally Endeco Technologies – which also secured 113MW and 149MW of T-1 and T-4 DSR contracts respectively, added: “We can’t be entirely sure as to what Scottish Power will gain from this, but what we can assume is that they don’t have a pipeline of behind-the-meter battery opportunities for their customers.”

Phelen also agreed with comments given to our sister site Clean Energy News by Kiwi Power last month, which questioned whether or not such a proposal could even be implemented.

“We do not believe it would work, mainly because an unproven CMU is exactly that. How can you possibly de-rate something you don’t know? The DSR CMU might consist of a number of assets, both battery and load. Within a mixed DSR portfolio, it is difficult to distinguish between the two when called upon in a capacity event as the battery is intrinsically linked to other operational requirements on a site,” he said.

However he added that the plans, if taken forward, would serve to make capacity “uninteresting” to investors following low clearing prices in the Capacity Market and the fact that DSR can only secure one year contracts in comparison to the 15 years offered to other technology classes.

“Further de-rating potential elements of the DSR CMU will have a negative impact on the value and will be one more reason for a project not to be developed,” Owens added.

“DSR already had a lot of challenges and the government should work on improving the conditions for bidders instead of making it tougher on them.”

Scottish Power has insisted that the proposal is to ensure fairness in the Capacity Market mechanism, previously claiming there was a risk of “over-rewarding such storage and increasing costs to consumers”.

“It is also contrary to the CM policy of technology neutrality and unfair to other market participants,” a company statement noted at the time of the proposals.

However, Phelan added that the length of contracts available across the Capacity Market shows a lack of neutrality across the technologies.

“If technology neutrality were to be achieved and every provider be treated in the same way, then either DSR contracts would need to be lengthened significantly (currently only 1 year), or directly connected generation and batteries would have their contract duration reduced (currently at 15 years), which creates a new issue,” he said.

Bowman added: “We do realise the necessity of continuous reforms of the capacity market to help it serve the cause it was created for, but we need to remember that changes should be fair to all parties and introduced at the right time.”

In response to the comments made by N-Ergy, Smartest and GridBeyond, a Scottish Power spokesperson reiterated the comanpy's position in a statement released to CEN.

“We think that the same duration de-rating should apply to batteries whether they are behind or in front of the meter. In the longer term, if other forms of DSR can only deliver for periods less than that of a typical system stress event, then it should be de-rated accordingly so as to ensure that security of supply is maintained.”