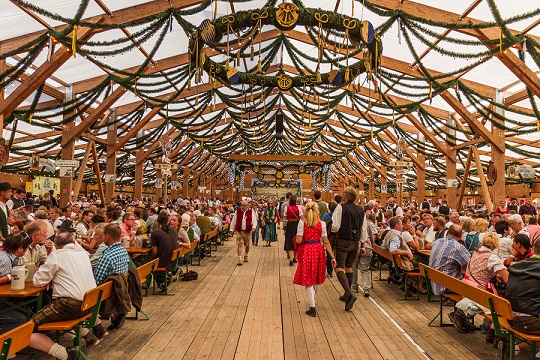 Inside the Festzelt Tradition tent at Oktoberfest, Munich. image: Tesvolt.

The largest tent at Munich’s Oktoberfest – with a kitchen that serves up to 8,000 customers at the busiest times – is now equipped with a Tesvolt TS HV 70 high voltage battery energy storage system (BESS). Using 70kWh of prismatic lithium-ion batteries supplied by Samsung SDI, combined with Tesvolt’s proprietary Active Battery Optimizer technology, the system reduces the amount of power drawn and used from the grid at peak times.

According to one of the Oktoberfest team, around 200,000kWh electricity demand is experienced by the tent, known as the Festzelt Tradition, about 70% of which comes from the tent’s kitchen and the remainder mostly from lighting and heat – including outdoor heating.

“Last year, we had peaks of over 300 kilowatts. The storage system should be a help to us here,” Feszelt Tradition’s Tony Winklhofer said.

“The electricity reserves that the power company keeps for peaks in consumption cost business owners a lot of money. The demand charges can sometimes exceed 160 euros per kilowatt,” Matthias Poeting explained.

Poeting said the high power density of battery cells used in Tesvolt’s BESS and the fact that it is designed so that it could be expanded in future years were among the factors behind the provider’s selection.

1 October 2018: Energy storage manufacturer Sunverge’s residential systems have been selected by US utility Arizona Public Service (APS) to help manage peak demand, with participating homeowners to be given cash incentives.

APS used a competitive bidding process to pick out Sunverge, the San Francisco-headquartered company behind some of the earlier trials and deployments of aggregated small-scale energy storage systems into virtual power plants (VPPs) in the US and other territories including Australia, the utility said yesterday.

APS, in early September, opened a programme called Storage Rewards, designed, like two similar ‘Rewards’ programmes for smart thermostats and hot water heaters, to help customers and the network alike use as much solar power as possible from mid-day peak generation. The customers’ behind-the-meter batteries help the network balance the peak, and help the customers to reduce their own peak usage and demand charges – which are currently quite high in Arizona. On activation of the battery and its connection to the network, participants also receive a one-time US$500 payment from the utility. 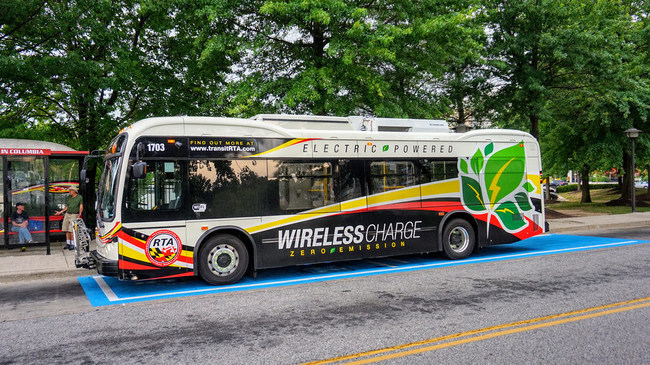 2 October 2018: Wireless charging systems for buses installed at Martha’s Vineyard, the affluent Massachusetts island community and tourist spot, will use 250kWh to 500kWh of battery energy storage per charger, to help integrate the infrastructure onto local networks.

All of Martha’s Vineyard’s diesel buses will be converted to battery-powered electric zero-emissions vehicles. Initially, the first 10 electric buses supplied by BYD to VTA will be retrofitted with the systems. Smart charge features will help the transport authority to manage utility loads, while VTA is also installing battery energy storage systems of 250kWh to 500kWh capacity to support the chargers and their integration into local networks. VTA will effectively be able to control the buses’ batteries and charging network, turning its control room into a microgrid control centre, Momentum said.

The systems, to be installed at Church Street Visitors Center in Edgartown, are scheduled to be connected in time for next year’s tourist season.