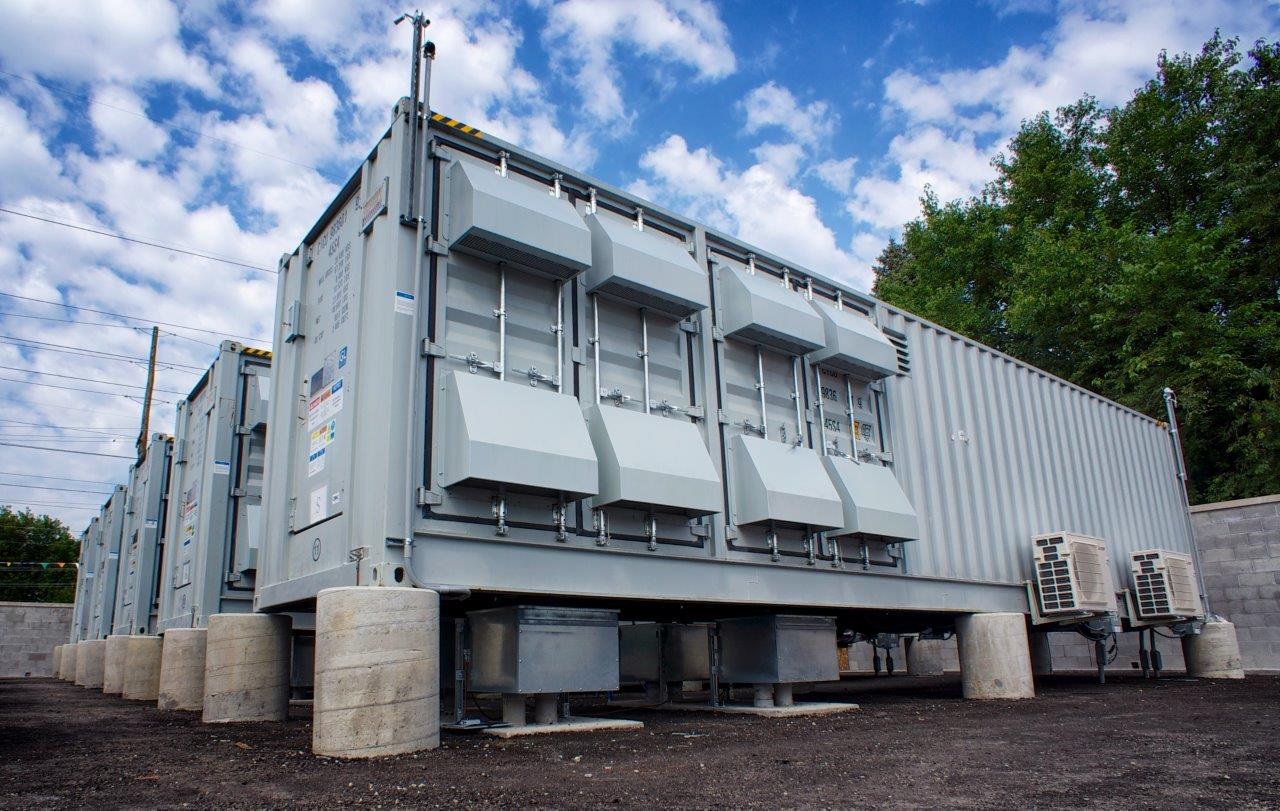 RES’ Elwood battery energy storage system, which along with its ‘brother’ project Jake, delivers frequency regulation in the US in PJM Interconnection’s service area. The pair of projects are named after characters from the film ‘Blues Brothers’. Image: RES Group.

Known historically for its oil and in the present day for deploying large amounts of wind energy and latterly for deploying batteries at wind farms, the US state of Texas is less well known for solar-plus-storage projects.

UK-headquartered multinational developer and EPC (engineering, procurement and construction) provider RES Group has just announced however that it has been contracted by Texas utility CPS Energy to execute a 5MW(AC) solar project co-located with 10MW / 10MWh of lithium-ion battery energy storage.

The combined system will be capable of capturing peak solar production around the middle of the day, to be stored and injected into the grid in the late afternoon and evenings when consumer demand has its own peak and solar production has tailed off for the day.

While the overall system size is relatively small, RES (Renewable Energy Systems) said that the distributed solar capacity is paired with a battery system that will be “strategically sized and configured” to optimise its effectiveness. RES also said that this solution could be scalable for use in other projects, touting the fact that it will help meet peak demand with lower emissions and more flexibility than existing and available balancing from fossil fuel generators.

The project will be located at what appears to be a former industrial plot of land in San Antonio now belonging to Southwest Research Institute (SwRI), with RES having been selected through a competitive process. The company will perform EPC tasks and carry out maintenance with construction scheduled to begin in October for the start of commercial operation by May 2019. SwRI will use its hosting of the project as an opportunity to “showcase” it.

“As beneficial as the site will be to the city’s energy future, SwRI will also benefit by leveraging the facility to become even more active in the grid-scale energy storage industry, and to work with battery suppliers and component manufacturers,” SwRI powertrain engineering division VP Daniel Stewart said.

The project for CPS Energy will be interconnected at distribution level with ERCOT's (Electricity Reliability Council of Texas) network. A Reuters report in late July highlighted that record-setting peak power demand levels occurred in ERCOT’s grid service area during heatwaves this year.

Meanwhile Texas has already installed about 3GW of wind energy but only about 238MW of solar. This has corresponded to activity seen in the energy storage space in the state. Notable energy storage projects have been delivered for wind farms including E.On/Greensmith’s Texas Waves and Younicos’ legacy project Notrees, which the company acquired along with the project’s original owner, Xtreme Power.

This is an important project that brings together solar and energy storage whose combination is a key enabler to achieve a zero emissions portfolio. The project aligns with our Flexible Path strategy and gives us the opportunity to learn how to integrate these new technologies into our electric grid,” CPS Energy COO Cris Eugster said.

RES will be on its 21st energy storage project worldwide with this latest announcement. Recent work reported by Energy-Storage.news this year alone includes projects for utilities in Germany, an enhanced frequency response (EFR)-contracted system in the UK for Enel and a four-hour duration project in California. With respect to the latter, as early as 2016, RES’ Patrick Leslie wrote for our journal PV Tech Power that “long duration lithium-ion is becoming viable”, in the feature article ‘Five lessons from the storage frontline’.