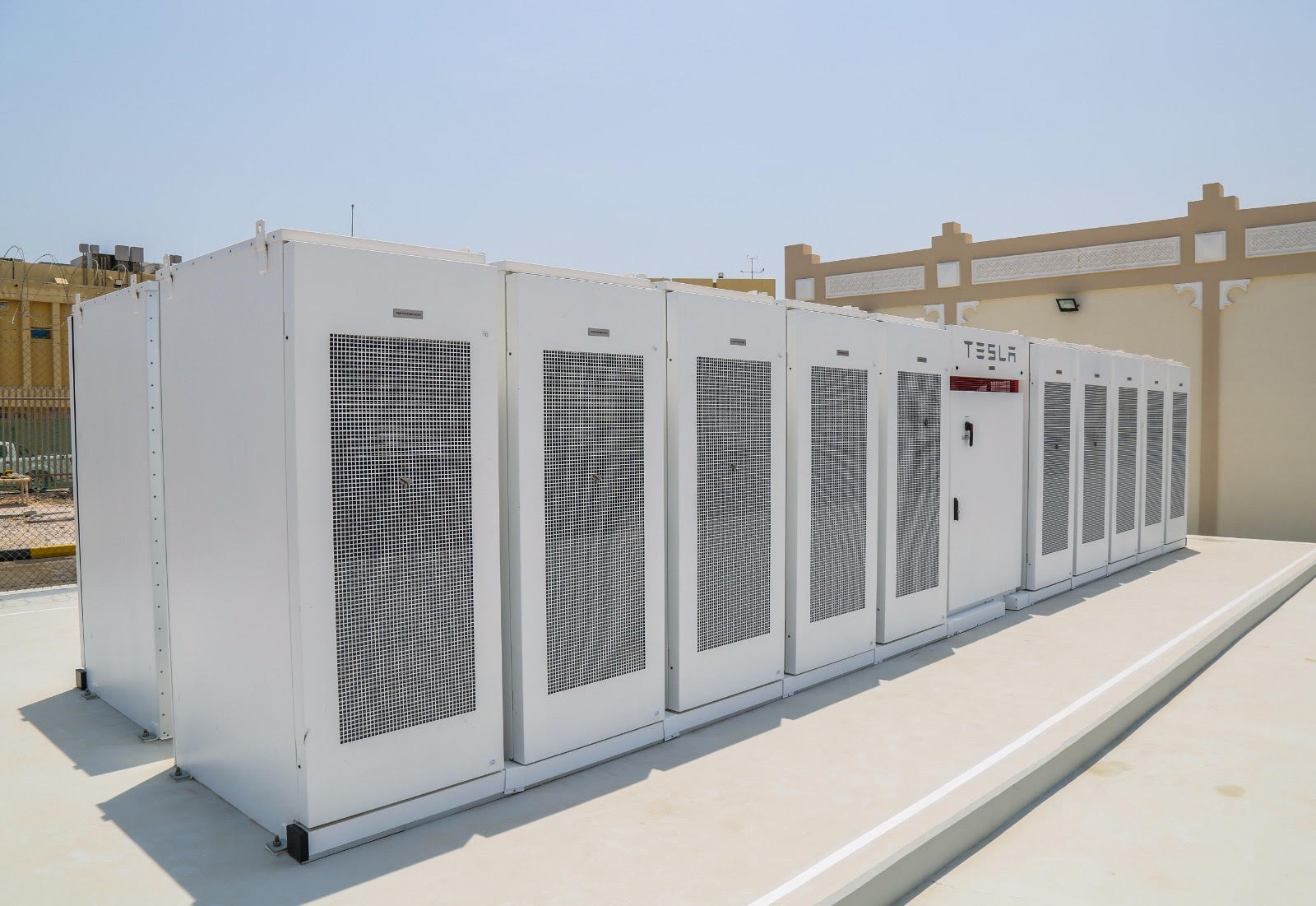 The state-owned electricity and water company announced last week that the deployment and grid connection of a 1MW / 4MWh Tesla Powerpack battery energy storage system (BESS) had been completed “ahead of schedule and beginning operations to benefit from it during the summer period,” during which Qatar’s energy demand is at its seasonal highest.

This was despite “many challenges” that a team of “young Qatari personnel” had to overcome during the project’s execution, Kahramaa said, particularly around managing and training workers during the COVID-19 pandemic.

The pilot project could prove to be important in the Gulf State if successful, with the electricity and water supplier and regulator investigating whether the technology and its applications could be scaled up to be used at high-load substations in the country’s electricity network, and could also be integrated with large-scale renewable energy projects including the 800MW solar PV project Al Kharsaah near Qatar’s capital Doha which was tendered for and got a then-record low-price tariff in January.

In a recent interview, Dr Imran Syed, head of energy storage at UAE-based sustainable energy project company Enerwhere said that utilities in the Middle East, which are generally state-owned, are mostly still “testing out technologies” when it comes to battery energy storage.

Dubai’s main utilities, Syed said, are “still trying to understand the systems before they invest,” in a pattern that the developer said was fairly common for the wider region at this time. However, with ambitions to increase solar penetration on the grid in countries including the UAE and Qatar, Syed said he believed that storage “will be needed at some point”.

From an industry perspective, as with any new technology, there is still a need to build up expertise, particularly when it comes to designing and maintaining systems that can deal with the heat and humidity of the region, he said in that interview.

Syed’s team at Enerwhere coincidentally is thought to have been the first to deploy a project based on Tesla’s Powerpack, a 200kWh unit that now helps an industrial off-grid facility in Sharja, UAE, operate on a combination of solar and diesel generators.

Qatar’s Kahramaa said that its 1MW / 4MWh pilot has been connected to a 11kV substation at Nuaijia. It is aimed at securing electricity production capacity at peak times to boost electric system efficiency as well as sustainability: the batteries charge off-peak and then help the station cope with periods of high load. It can also be used to control voltage, the utility company said.

The project cost a total of around QR 10 million (US$2.75 million) and was designed, planned and installed by Kahramaa in partnership with local infrastructure project company Al Attiyah Group, which also carried out civil works.