Forming part of a wider 1GW portfolio under development by Kona Energy, the BESS has been strategically located to participate in multiple energy markets and is situated at the landing point of six offshore wind farms.

The project is connecting on the B7a constraint boundary, which Kona Energy founder Andy Willis said is one of the most constrained areas in the UK where wind farms and other low carbon technologies are regularly curtailed.

“As these constraint costs rise, projects like this are essential to relieving network congestion and reducing unnecessary waste,” he said.

The award of planning permission to what will be one of the UK’s biggest BESS projects to date follows about a week after a 100MW BESS project also in northern England got the green light.

Developer Aura Power’s project at Drax in the English county of Yorkshire was granted planning permission by the local Selby District Council earlier this month.

“The alternative is generating power from diesel, gas or hydro-electric at times of high demand,” he said.

The site for the BESS was selected due to the available nearby grid connection required for import and export, with a grid connection secured at Drax Power Station – which is 600m from the site.

Drax Power Station was initially built as a coal-fired power station. Drax ended coal generation at the site in 2021, although the units won’t be formally closed until September when their existing Capacity Market obligations end.

At the beginning of this month, a 350MW/1,750MWh UK BESS project got planning permission, co-developers Penso Power and Luminous Energy announced.

To read the Kona Energy story in full, go here.

To read the Aura Power story in full, go here. 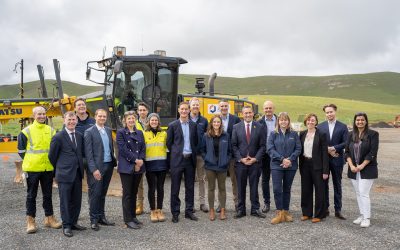 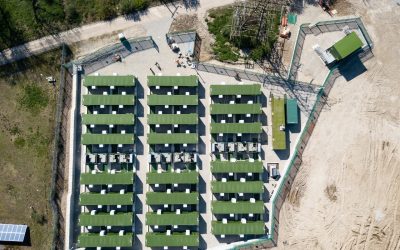 November 16, 2022
Zenobē has begun construction on three battery storage projects in Scotland which will total £750 million (US$892 million) of investment.