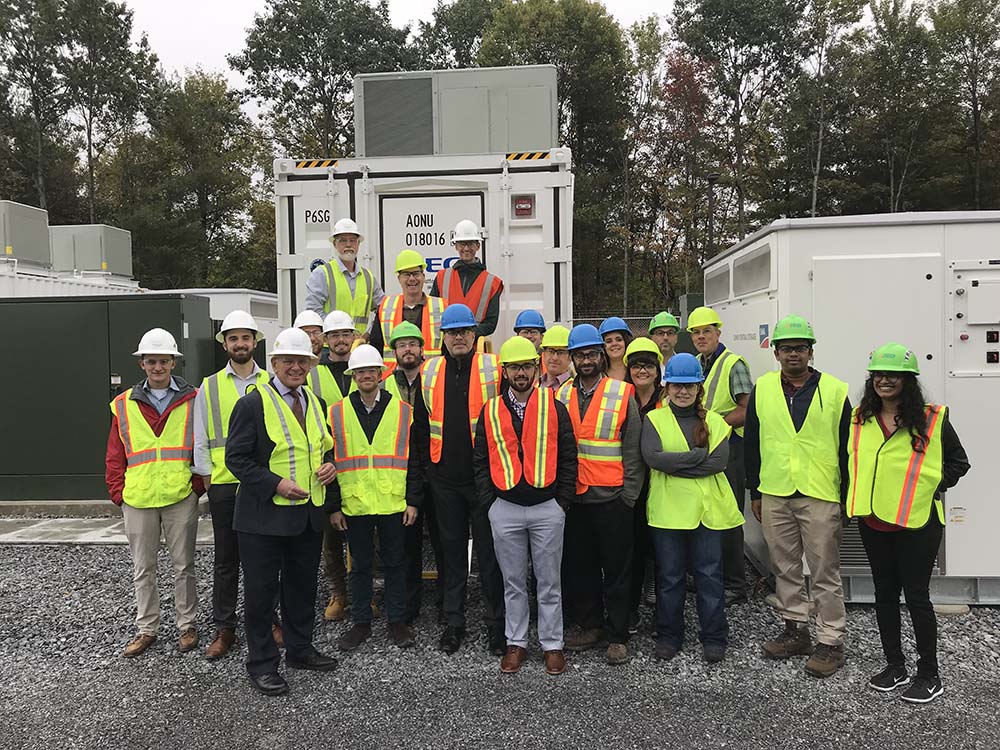 A new strategic plan putting the New York Power Authority (NYPA) on the path to 100% carbon-free electricity by 2035 – five years earlier than the target set out in the US state’s policy goals – has been approved by the state public power organisation’s Board of Trustees.

NYPA supplies around 25% of New York’s electricity and already sources around 80% of the electricity produced by its 16 generating stations through hydroelectric power. It has described the new plan, VISION2030, as a roadmap to transitioning the state’s energy infrastructure to a “clean, reliable, resilient and affordable system over the next decade”.

“Climate change continues to greatly influence our work and we will aggressively pursue decarbonisation while at the same time enhancing the state’s ability to have a thriving economy–thus creating a blueprint for others to follow,” NYPA’s CEO and president Gil C. Quiniones said.

It includes going carbon-free in its electricity network by 2035, with steps along the way including the deployment of 325MW of distributed solar at customer sites by 2025; enabling 450MW of energy storage deployments by 2030 and facilitating the accelerated transition to electric transport. NYPA also said that it will be a “first mover in developing and demonstrating new low-to-zero carbon technologies and short- and long-duration battery storage”.

The utility recently kicked off the trial of a lithium-ion ‘Supercell’ designed by startup Cadenza Innovation which the company said prevents thermal runaway from occurring in failed battery cells, the primary cause of fires at battery storage sites. NYPA R&D director Alan Ettlinger told Energy-Storage.news that the technology solution could help bypass some of the safety concerns that have prevented the widespread deployment of lithium battery storage at urban sites in the densely populated areas of the state.

NYPA is also building a publicly-owned and operated large-scale lithium-ion battery storage system in Franklin County, northern New York State – far outside the metropolitan centres. The 20MW / 20MWh system will be only the second transmission-connected utility-scale battery storage facility in the entire state, helping to balance peak demands on the local network and funded by NYPA. The utility doesn’t receive tax money or credit from the state but funds its operations through bond sales and revenue it earns from activities including electricity sales.

‘Ahead of time’ achievement dependent on natural gas fleet decarbonisation

New York Governor Andrew Cuomo introduced the Climate Leadership and Community Protection Act last year, which set the goals of a 70% renewable energy-powered electricity system by 2030, carbon-free electricity in the state by 2040 and carbon-neutrality in the economy by 2050. That legislation also set a target of 3,000MW of energy storage to be deployed in New York within 10 years.

NYPA is also targeting 70% renewable electricity by 2030 but also said that with the new plan including the transitioning of its fleet of natural gas plants to low or zero carbon emissions technologies by 2035, it would reach that carbon-free electricity goal ahead of time. The utility recently signed an agreement with a coalition of environmental justice groups to investigate how it can reduce emissions and other harmful environmental impacts of NYPA's fleet of 416MW peaker plants, with energy storage among the options cited.

NYPA’s VISION2030 will also see the utility build out a bigger and improved transmission network to facilitate the uptake of renewable energy while maintaining the strong role that hydroelectric power plays in its energy mix.