NREL: Rapid growth of energy storage to enable high shares of renewable energy on US grid

Energy storage is poised for “rapid growth” in the US, with between 130GW to 680GW of diurnal storage capable of integrating an 80% share of renewables on the US grid by 2050.

That’s one of the key takeaways from work by the US National Renewable Energy Laboratory (NREL) in Storage Futures, a seven-part series of studies which has just concluded with the publication of its final chapter: ‘Key learnings for the coming decades’.

NREL has conducted what it described as ‘high-resolution modelling of future scenarios,’ calculating the value of diurnal battery energy storage — defined as storage with <12 hours duration as well as the potential need for longer duration solutions.

The latest report summarises and evaluates a series of key findings from the previous six editions. The overriding conclusion, according to the study’s principal investigator at NREL, is the high likelihood that energy storage deployments will increase rapidly, even under conservative reference case scenarios, providing a valuable tool for the grid across four main use cases.

“Each phase of the study has indicated a potential coming wave of energy storage, with US installed storage capacity increasing by at least five times by 2050. Overall, we find energy storage offers significant value, from easier grid operations to fewer costly thermal start-ups to reduced emissions,” Nate Blair said.

NREL emphasised the “many potential benefits” of energy storage for the grid. From its well-recognised complementary nature to solar and wind generation in providing capacity at times when the sun isn’t shining or wind not blowing, to its role in increasing utilisation of transmission infrastructure and providing peaking capacity or operating reserves, to the potential for distributed energy storage to protect the grid from stress during peak demand periods.

The study’s conclusion comes with eight key learnings, as follows:

Due to its economic competitiveness, energy storage deployments will grow significantly, and quickly. Across a range of scenarios, NREL forecast between 100GW to 650GW of new storage capacity in the US between today and 2050. As referred to by Nate Blair, even at the lower range, that’ll be about five-fold growth from 23GW of capacity installed by 2020.

Storage of 4-6 hours duration will be most common, and storage will drive decarbonisation of the grid together with renewable energy additions.

Regular readers of Energy-Storage.news will note that in the short-term, the pattern of declining battery storage costs the industry has enjoyed for several years is somewhat challenged by a mismatch between rising demand for lithium batteries and manufacturing and upstream supply.

Lithium-ion batteries are likely to continue dominating installations, but other technologies are also likely to improve and could have opportunities for deployment, if they can be proven competitive on price with lithium batteries.

While energy storage can provide four main sources of value for the grid, it’s the ability to meet demand during system peaks and replace gas turbines and other conventional generation, acting as firm capacity, which will be most critical to realising its full potential.

4. Energy storage is becoming a competitive source of grid flexibility

5. Energy storage and solar PV are a great complement to one another

There is a “highly synergistic relationship” between diurnal energy storage and solar energy. In most locations where peak demand occurs between midday and evening each day, increased solar PV deployment can reduce the duration of energy storage needed to provide firm capacity.

Conversely, as PV deployment increases, so does the ability of diurnal energy storage to provide capacity at peak times. The lack of a consistent daily generation pattern for wind energy makes it somewhat less of a good fit with energy storage. There are certainly strong complementary elements between wind and storage, but that relationship is more complex, NREL found.

6. Building-level energy storage deployment will increase as a source of backup power

Under all scenarios, there is “significant economic potential” for distributed battery storage systems, NREL said. Anything from 85GW to 244GW of 2-hour duration storage (170GWh to 490GWh) could be deployed by 2050, with customer payback and return on investment to dictate whether the lower or upper limit is reached.

7. As deployments increase, so will storage duration

At present, 4-hour duration energy storage is determined as enough to meet summer peak periods in many parts of the US. However, with increasing storage deployment, net peak load periods become stretched to longer timeframes. In which case longer duration of energy storage will be needed to provide firm capacity of a similar value.

The main scenarios modelled show how very low-carbon and high renewable energy grids can be enabled, in the range of 80% by 2050. However, to get to 100% decarbonisation scenarios, it’s very likely variable renewable energy (VRE) paired with diurnal storage will not be enough. Seasonal storage — with durations of days, or even weeks or months — from technologies like hydrogen could help push the grid to fully carbon-free, especially if they can become cost-competitive. 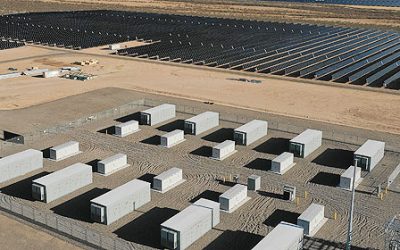 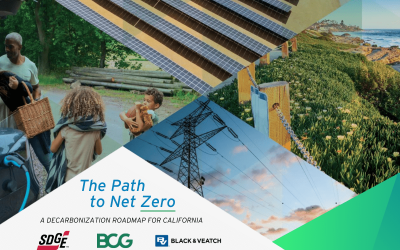 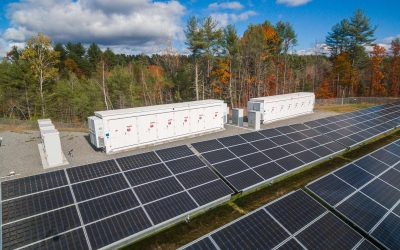 March 23, 2022
News in brief from around the world in energy storage.