New York's iconic yellow taxi cabs Image: wikimedia user: chevronz.
In light of the Paris COP21 climate conference, New York City&nbsp;announced plans&nbsp;to incorporate 2,000 electric vehicles (EVs) into its municipal fleet by 2025. New York City claims this move will make it the largest EV fleet operator in the world.&nbsp; New York City already operates a fleet of 27,000 vehicles, which contributes to 4% of the entire city&rsquo;s on-road transportation greenhouse gas emissions. The 2,000 EVs will primarily go towards nonemergency vehicles, as commercially available EVs do not meet city requirements for emergency vehicles. The city will appoint an EV taskforce to design and manage phase-in plans for each agency, oversee the roll out of charging infrastructure, and issue several Request for Information (RFI) processes for things like charging and hydrogen fueling infrastructure.

Overall, New York City&rsquo;s announcement is welcome news, as it becomes the second major U.S. city,&nbsp;after Los Angeles, to make a broad commitment to fleet electrification.&nbsp;Despite aiming to be the largest EV fleet, NYC&rsquo;s plan is far from aggressive.&nbsp;At 2,000 EVs in 10 years, New York City&rsquo;s fleet would have just an 18% penetration rate into the passenger vehicle part of its fleet (and a 7% penetration of its fleet as a whole, which also includes additional types of vehicles).

China and other regions are also deploying fleets of electric vehicles.
While New York City is going beyond just purchasing these vehicles in establishing RFIs and rolling out charging infrastructure, further action is required for this city to catalyse EV adoption on behalf of other municipalities and the private sector.&nbsp;New York City is addressing the low-hanging fruit with its procurement of 2,000 nonemergency passenger vehicles, but rather than issuing RFIs in a vacuum, the city should be working with forward thinking cities, states, and private sector fleet operators to aggregate buying power. There are key white spaces in EV adoption like police cars and several commercial vehicle types, and a unified customer class could help accelerate their adoption.

In this proposed partnership, the consortium could publish key performance metrics for developers to achieve, much like the&nbsp;U.S. Advanced Battery Consortium, whose strategic vision is to promote &ldquo;long-term R&amp;D within the domestic electrochemical energy storage (EES) industry and to maintain a consortium that engages automobile manufacturers, EES manufacturers, the National Laboratories, universities, and other key stakeholders&rdquo;, launched by the United States Council for Automotive Research. However, given the collective buying power, the parties could agree to a volume-based deal if metrics were hit. The act of publishing key performance requirements with the prospect of sizeable volumes would spur innovation amongst technology developers and even larger OEMs to help build the electric fleet of the future.

New York City has an opportunity to lead the wave of municipalities in electric transportation, and while its initial commitment would likely make it the largest electric fleet operator, it should be much more aggressive in leveraging its buying power and budget to accelerate EV adoption. The city has already botched the Taxi of Tomorrow project, opting for comfort over efficiency (effectively choosing a plain internal combustion engine over a much more efficient hybrid, or some other form of electrification).&nbsp;However, a very similar process to the Taxi of Tomorrow &ndash; soliciting RFPs and inviting automotive OEMs to compete for purchase orders &ndash; could be reapplied to spur adoption of vehicles where electrification is not an option today.&nbsp;

Beyond aggregating buying power, New York City should leverage its public investment in charging infrastructure to support private sector and resident adoption. If executed properly, New York City&rsquo;s electric vehicle program could be a galvanising force for hundreds of thousands of vehicles in the next decade, but under its current vision the city risks missing the bigger opportunity.

A competition to develop a 'Taxi of Tomorrow' for New York was botched. Image: wikimedia user: Mr.choppers. 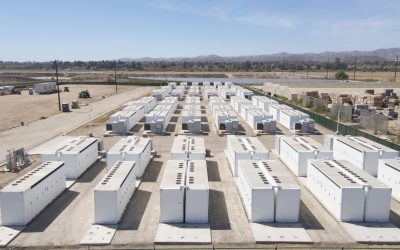 June 30, 2021
After local opposition to the construction of a new gas peaker plant in Oxnard, California, a battery storage plant that was chosen instead has gone online just nine months after construction began. 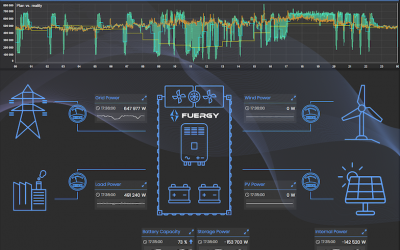 May 3, 2021
With batteries today finally reaching the size and capacity that enables renewables to replace medium-sized natural gas generators, a future ruled by solar and storage is just around the corner, writes Radoslav Stompf, CEO of FUERGY. 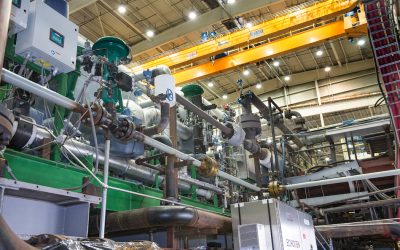 America’s clean energy transformation is an investment, not a gamble

April 12, 2021
For the US to thrive while achieving its decarbonisation goals, it needs a robust clean energy economy, creating well-paid jobs and a strong trajectory for technical innovation, argues Philip Brennan, CEO of Echogen, an Ohio-based provider of waste-heat recovery systems and electro-thermal energy storage solutions. 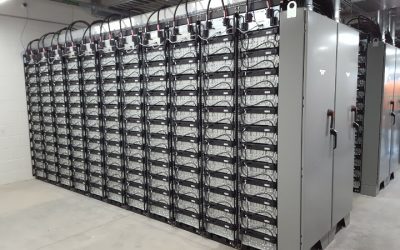 December 21, 2020
The cost of Lithium-ion battery packs has fallen close to 90%, and rates lower than US$100/kWh have been reported for the first time, foreshadowing rapid declines across the energy storage market.