The company announced that work has started on Azur Stockage, a project in the Azur municipality, Nouvelle-Aquitaine. It will be controlled remotely and will respond in under 30 seconds to grid signals, helping inject or draw power from the grid to keep it balanced at its 50Hz operating frequency.

The project’s ‘largest’ tag comes with the qualifier that it is the largest on the French mainland – Energy-Storage.news and our sister site PV Tech have reported over the past couple of years on ongoing tenders for solar-plus-storage projects on France’s numerous island territories.

Projects awarded as a result of those tenders include 17 projects totalling 22.3MW on La Réunion and 16 projects totalling 15.6MW in Guadeloupe. Solar development stalled in France a few years ago, although current President Emanuel Macron and in particular predecessor Francoise Holland and his minister for ecology between 2014 and 2017 Ségolène Royal, saw the island territories, which pay large amounts of imported fuels for electricity, as a win-win for reviving the solar sector in a country largely dependent on domestic nuclear facilities and companies. As a result of the first round of tenders, bids in the next round came in 40% lower, on average.

Neoen is building a 9MWp solar PV plant near to the new facility in Azur and is therefore already active in the local area. Energy storage system provider and integrator Nidec ASI will assemble containers for the batteries and all auxiliary equipment in France. Nidec will then create the turnkey battery energy storage system (BESS), also becoming responsible for its operations and maintenance (O&M) when it goes into service.

Neoen’s teams will remain responsible for oversight of these activities. Local transmission and distribution (T&D) network operators RTE and Enedis are coordinating the project with Neoen, with the project set to be connected to Enedis’ grid by February of next year. Neoen said the project would help the company and France’s networks prepare “as effectively as possible for the arrival of this new breed of storage unit in the European balancing reserve market”.

The developer is perhaps best known in energy storage circles for developing the wind farm co-located with Tesla’s 129MWh lithium battery in Hornsdale, South Australia. Since the completion of that project at the end of 2017, Neoen has announced its involved in other similar projects in Australia including a 194MW wind farm with 20MW / 34MWh of energy storage. The company is also developing a ‘green energy hub’ in Queensland that could include up to 100MW of energy storage. 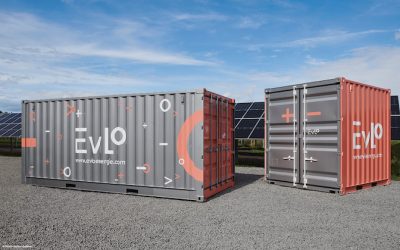 July 25, 2022
Innergex has completed a BESS project in France, using a solution designed by a subsidiary of utility Hydro-Québec.