Image: Portland General.
A &lsquo;multi-stakeholder&rsquo; approach, where different parties benefit from batteries at different times, could be the key to enabling communities to deploy grid-connected energy storage systems, DNV GL has said.

The technical services and certification group has just launched a consortium to examine the feasibility of community battery systems in both social and economic terms. Also joining Netherlands-headquartered DNV GL in the consortium will be Peeks, a commercial aggregator which trades flexibility in energy systems and Alfen, which manufactures and integrates substations, energy storage systems, EV chargers and other equipment for the grid.

The group has committed to producing a framework document by September 2017. Community battery storage, which is on the utility side of the meter and shared in ownership, can benefit distribution and transmission network operators by helping them integrate more renewables and balance their electricity systems. However, DNV GL said, there is no solid business case for their deployment yet.

Grid codes and other regulatory restrictions at present prohibit grid operators from owning storage, as this would mean they are participating in commercial markets for electricity. Changing these codes, as well as enabling more collaborations between stakeholders that include network operators, energy suppliers and customers, could help boost the business case. In other words, business models that allow for the &ldquo;stacking&rdquo; of multiple benefits and therefore revenue streams need to be developed.

One example cited by DNV GL in announcing the news is that energy storage can be used in low voltage systems by grid operators to avoid expensive upgrades to infrastructure. However, systems used for such purposes may be underutilised and only used for short periods of the year equating to about 10% of the time the system is available. Allowing another party to use the storage system during the remaining 90% of the year, perhaps to trade energy in markets such as primary reserve or the spot markets operated in Holland, Belgium and the UK by APX Group, would allow grid operator and consumers alike to benefit.

&ldquo;Stakeholders are expected to benefit from lower network operation and management costs and build a more robust network for the future.&rdquo;

In a recent guest blog for Energy-Storage.News, Julian Jansen of Delta-ee highlighted that out of three disruptive business models for energy storage in Europe, community storage was less likely to impact the market in the short term than so-called &ldquo;shared ownership&rdquo; or &ldquo;storage for free&rdquo; models. 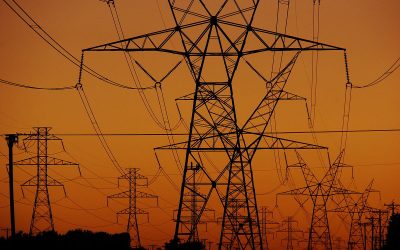 July 11, 2022
Battery storage is the most obvious medium-term solution to help stabilise the grid and act as a catalyst to enable renewable energy.

July 8, 2022
Quinbrook developing A$2.5 billion ‘Supernode’ site in Queensland for storing energy and data that would include 2,000MWh of battery storage.