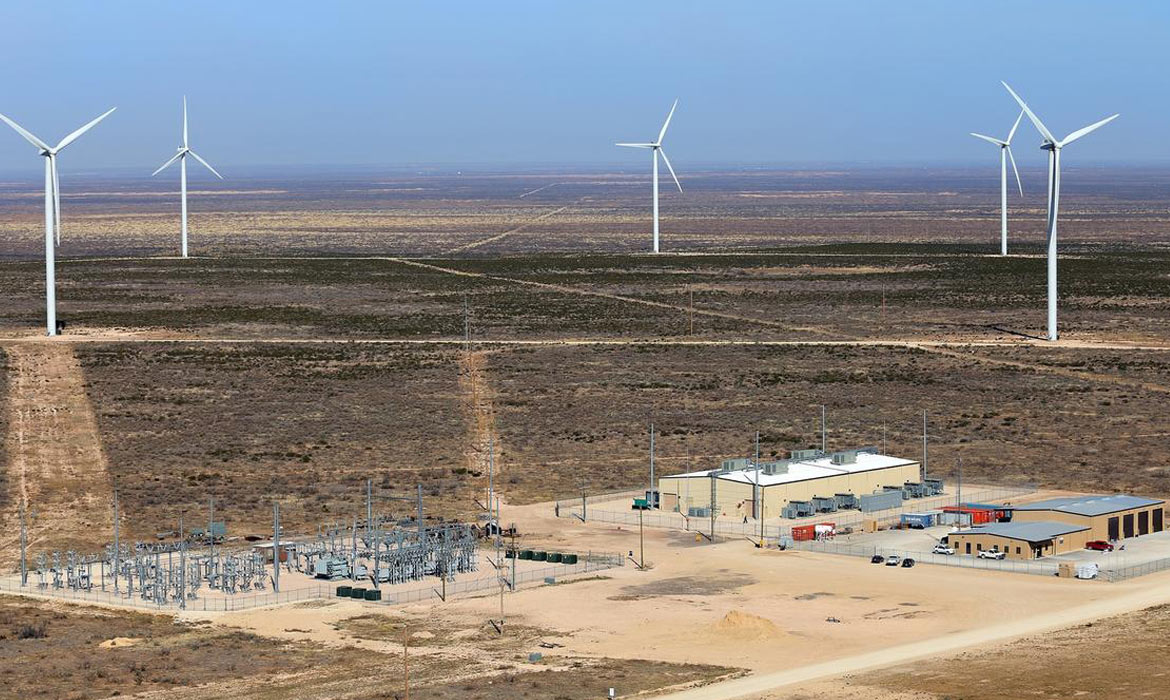 German-American system integrator and technology provider Younicos has completed a two-phase operation to upgrade a lead acid energy storage system for lithium batteries, at the 36MW Notrees facility in Texas.

Notrees is a wind farm owned by major utility Duke Energy, with 153MW of turbines, straddling the west Texan counties of Ector and Winkler. Xtreme Power, an energy storage integrator acquired by Younicos in 2013, had executed the battery storage portion of the project a year prior to that, utilising lead-acid batteries. The wind farm itself started running in 2009.

Back in 2015, Younicos spokesman Philip Hiersemenzel had told Energy-Storage.News that Duke Energy was using the Notrees battery system “more for primary frequency response rather than ramping and peak shaving which they originally thought they would do”. This was due to an increasing economic value attached to fast-responding frequency response with batteries in the US, in markets such as those operated by PJM Interconnection and also ERCOT’s (Electricity Reliability Council of Texas) Fast Response Regulation Services (FRRS), which Notrees participates in.

Younicos replaced the advanced lead-acid batteries Xtreme Power installed. In the first phase, half of the lead-acid was taken out and replaced last year. The second phase, replacing the rest of the lead-acid with li-ion, has now been completed, the company said.

“What was special about us doing it is that we were able to minimise the downtime of replacing the system. The way that we did it, there was a couple of days’ downtime, versus, potentially months, had you just shut off the system, replaced it. That would have been months,” Hiersemenzel said yesterday. 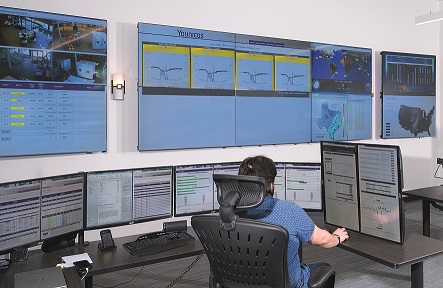 A remote monitoring centre was among the assets of developer-tech provider Xtreme Power, which originally installed the lead batteries at Notrees, before the company was acquired by Younicos in 2013. Image: Younicos.

System run as hybrid prior to full switch

Aside from the batteries themselves, the system upgrade necessitates new software and tweaks to adjust controls on existing software. According to Hiersemenzel, the amount of data produced in operating, monitoring and controlling lead-acid batteries is nowhere near as vast or detailed as you would get from running a similar-sized system with lithium batteries.

“Now, lithium provides a lot more data from the individual cells than lead-acid, which in turn requires a more sophisticated software optimally manage the batteries and to keep in their ‘feel-good zone’ as much as possible,” Hiersemenzel said, adding that maximising battery performance, availability of the battery resource and optimising battery lifetimes were key aims of the software developed by Younicos.

After swapping out one half of the system, the whole thing was run as a ‘hybrid’ for some time, using both battery chemistries. During that period, Hiersemenzel said, Younicos “had to make sure not to interfere with the running of the ‘other’ system and that we basically kept the system in the market. Our local team’s knowledge in Austin of the ERCOT market helped a lot in keeping that in the market”.

That local team includes several staff from Xtreme Power, most of whom were retained by Younicos on acquisition of the company. Duke’s reasoning behind the decision to make the switch was heavily influenced by falling lithium prices, the fact that lead-acid has limitations such as on lifetime and propensity for heavy duty cycling and that the market opportunities now existed to reward the faster-acting resource.

“Though it has to be said that in all fairness, the old lead-acid system didn’t experience a day of outage or anything, it ran smoothly until the day we switched it off,” Hiersemenzel said.

“So, not to do down lead-acid as a technology – obviously it was enormously helpful that we were the ones that installed it [originally under the Xtreme Power banner].”

The upgraded system uses batteries from Samsung SDI. The Korean battery maker also carried out some engineering, procurement and construction (EPC) duties and provided some battery management system (BMS) hardware. It is expected that the system’s improved capabilities will increase its involvement in Ercot’s FRRS market by increasing the duration of discharge from the system. ERCOT is also in the process of redesigning its grid and balancing services markets, which is likely to create further opportunities for the Notrees battery system to earn revenues and deliver ancillary services.

“Duke Energy Renewables was a pioneer in its early adoption and installation of the Notrees Battery Storage Project, one of the largest in the nation. Investing in updated technology will extend the life of the project, enhance performance and reliability, and expand the value it provides to the ERCOT market,” Duke Energy Renewables VP of operations, Jeff Wehner, said.