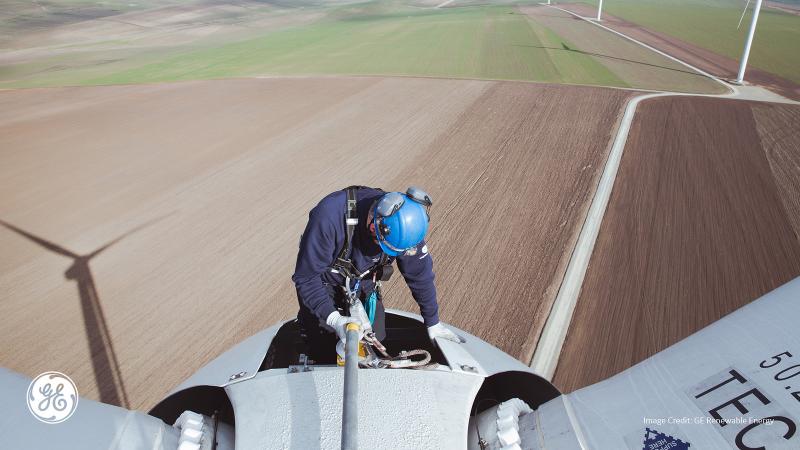 Microsoft is going to be the off-taker of power from a 37MW wind power project in Europe, trialling the use of integrated battery energy storage to trade the energy generated.

The international software giant has signed a deal with fellow US-headquartered multinational company General Electric (GE) under which Microsoft will buy the entire output of GE’s Tullahennel Wind Farm in County Kerry, Ireland.

The deal is a 15-year power purchase agreement (PPA) for energy generated by the 37MW facility. In what is claimed to be the first use of integrated batteries in wind turbines in Europe, the brand new power plant will have battery energy storage built into each of the turbines. GE and Microsoft will jointly measure and assess how effectively the facility’s batteries can be charged from the turbines and the excess stored for later use or sent directly into the grid. Neither party has yet revealed the size or other specifications of the batteries.

The main aim of doing this is to smooth out the intermittency of the wind farm’s output and seamlessly integrate the power onto the grid. Microsoft will actually be procuring an Irish energy supplier’s license from GE, which the software company said would allow it to continue investing in Irish renewables. GE’s interest in Irish wind farms began with equity investments in 51MW of projects through its GE Energy Financial Services subsidiary in 2014.

The system will support growing demand for Microsoft’s cloud-based services, with datacentres an ever-growing potential market for renewables-plus-storage. It will utilise GE’s Digital Wind Farm technology, which is built on Predix, a platform for forecasting and integrating the power plant’s output.

Microsoft and GE began what the two parties called a “broad strategic partnership” in summer 2016, beginning with efforts to marry the Predix platform to Microsoft’s Azure cloud technology. A Dublin-based company, Electroroute, majority-owned by Japan’s Mitsubishi Corporation, will provide energy trading services from the turbine-plus-battery installation.

The deal appears well-timed to give Microsoft some market penetration in the country. The Bill Gates-founded company has now reached 600MW of renewable energy projects procured worldwide and has invested in forestry and energy efficiency schemes in Ireland.

Meanwhile Ireland announced its first overarching support schemes for renewable energy projects only as recently as September this year, with solar and other renewable energy technologies set to fight it out in large-scale government auctions. The government had been expected by some to set up a feed-in tariff (FiT) scheme but decided against it.

In an interview with Energy-Storage.News earlier this year, prolific US clean energy investor Nancy Pfund of DBL Partners, a company which seeks to deliver positive social impacts coupled with healthy returns, pointed out that Microsoft has also been trialling the use of zinc bromide flow battery energy storage systems at its corporate HQ.

That project, which uses a Primus Power flow battery, Pfund said, was “very significant in terms of signalling that part of the toolkit for corporations to reduce costs by going renewable and achieve their sustainability goals, a big part of that toolkit is the battery or the storage architecture”.

At this stage of the energy storage market’s development, Pfund said, the role of large corporations in procuring clean energy and low carbon solutions will continue to grow in significance.

“As we see the move towards 100% renewables on the part of massive companies like Apple and Google and Microsoft and Amazon, they are now becoming, as they build that renewable infrastructure for their servers and operations, not surprisingly, some of the earliest [energy] storage customers,” Pfund said.