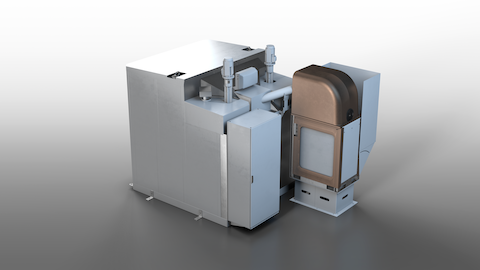 An Azelio TES POD unit. Recycled aluminium alloy is used as a phase change material to store heat which is then converted to electricity. Image: Azelio.

Update 11 December 2020: Azelio got in touch with Energy-Storage.news to explain the scope of the project, the system order size and its application: “Our energy storage system is modular, and this, our first [commercial] order is for one single unit, which has a capacity of 13kW, enough for the needs in this application,” a company representative said. “The TES.POD is designed for daily cycling, charging the storage during 4-6 hours, and then dispatching electricity for 10-12 hours. It has 13kW output power with a storage capacity corresponding to 13 hours of electricity production. It will be used to provide baseload power when PV doesn’t do it directly. Batteries are not intended to provide baseload power, but will be used for grid balance.”

The company’s TES technology stores energy as heat in a phase change material (PCM) made of an aluminium alloy warmed to 600 degrees Celsius, which is then converted to electricity using a Stirling engine. Azelio claims the technology can enable 13 hours’ duration of electricity storage as well as provide heat on demand, is effective in hot or cold climates and has an expected system lifetime of 30 years.

Azelio said yesterday that it has received an order for one of its units to be deployed at a visitor centre being built as part of Phase IV of the vast solar park complex’s development. While the company did not give the rated output and capacity of what is to be installed, it did say that it was for a single unit that will be combined with solar panels and “fast-response equipment such as state-of-the-art lithium-ion batteries”. While those batteries will manage the stability of the visitor centre’s mini-grid, the TES system will provide energy shifting for baseload power, the company said.

Azelio described the order, which came from the project’s lead engineering, procurement and construction (EPC) partner, ALEC Energy, as “strategically important” as well as a “major milestone”. Azelio and ALEC Energy have a Memorandum of Understanding (MoU) in place for 49MW installed capacity of the thermal storage units, while ALEC Energy is also installing an Azelio unit as a verification project in Abu Dhabi together with clean energy developer Masdar and a local university.

Azelio has signed a number of Memorandum of Understanding (MoU) documents with partners in countries including Jordan, India and Mexico and commissioned its first grid-scale system in Morocco late last year in partnership with the Moroccan Agency for Sustainable Energy (MASEN). In August, the company said it had selected UL as the certifying authority for its energy storage tech.

“Being present in the world leading MBR Solar Complex allows us to showcase our solution to important audiences and demonstrate how our long-duration energy storage can make solar power available around the clock in an affordable way,” Azelio CEO Jonas Eklind said.

While the total development is planned to reach 5,000MW of solar generation capacity by 2030, the fourth phase will see 950MW of a mix of concentrated solar power (CSP) and solar photovoltaics (PV) deployed. A capacity of 1,013MW of solar PV has already been installed at the project.

In late November, the Dubai Electricity and Water Authority (DEWA), which is behind the project, also said that the fourth phase of the MBR Solar Complex will have “the largest energy storage capacity in the world of 15 hours, allowing for energy availability around the clock”. DEWA formed a project company called Noor Energy 1 to design, build and operate the plant in a consortium with parties including Saudi Arabian renewable energy developer ACWA Power. 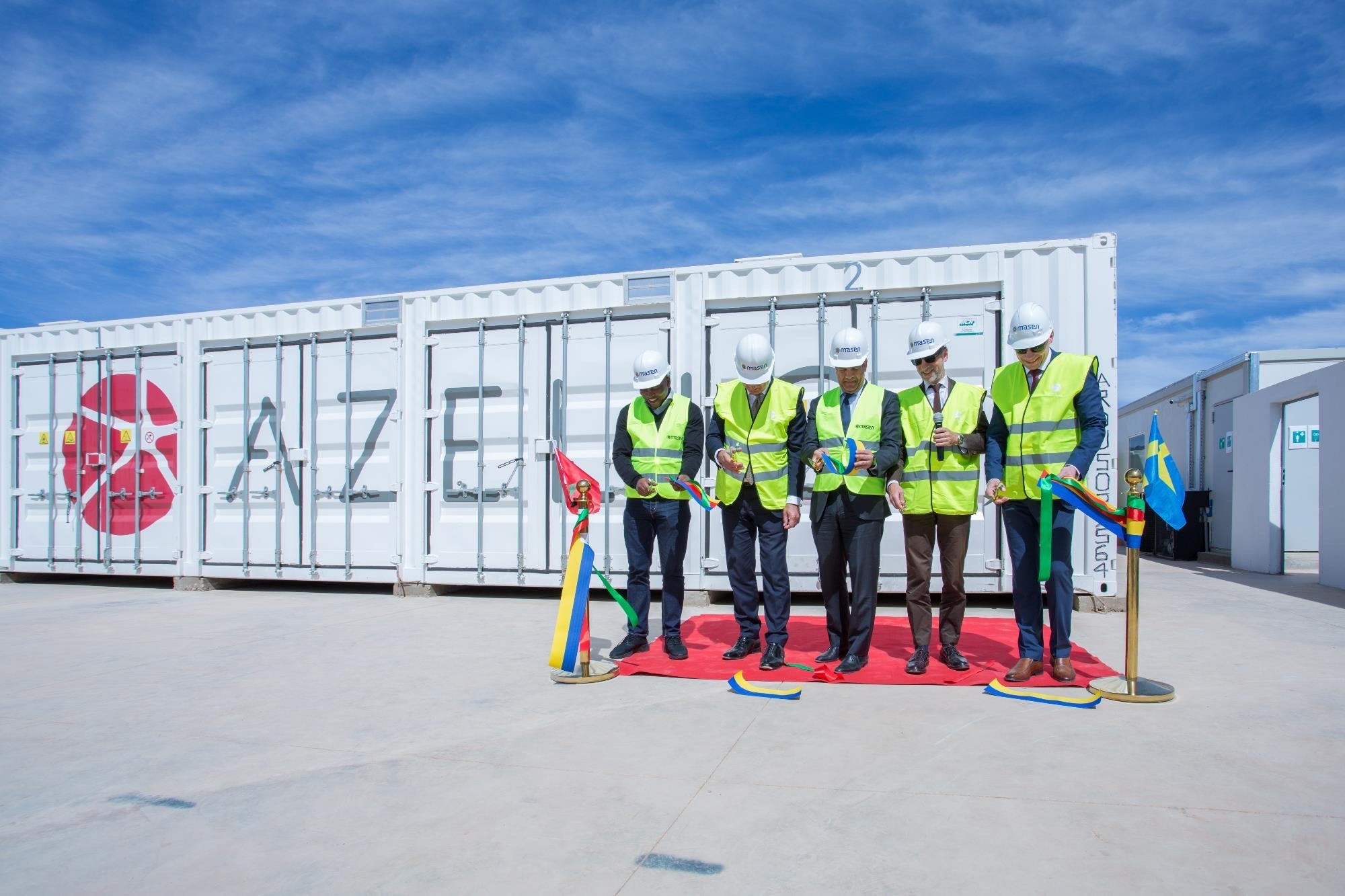