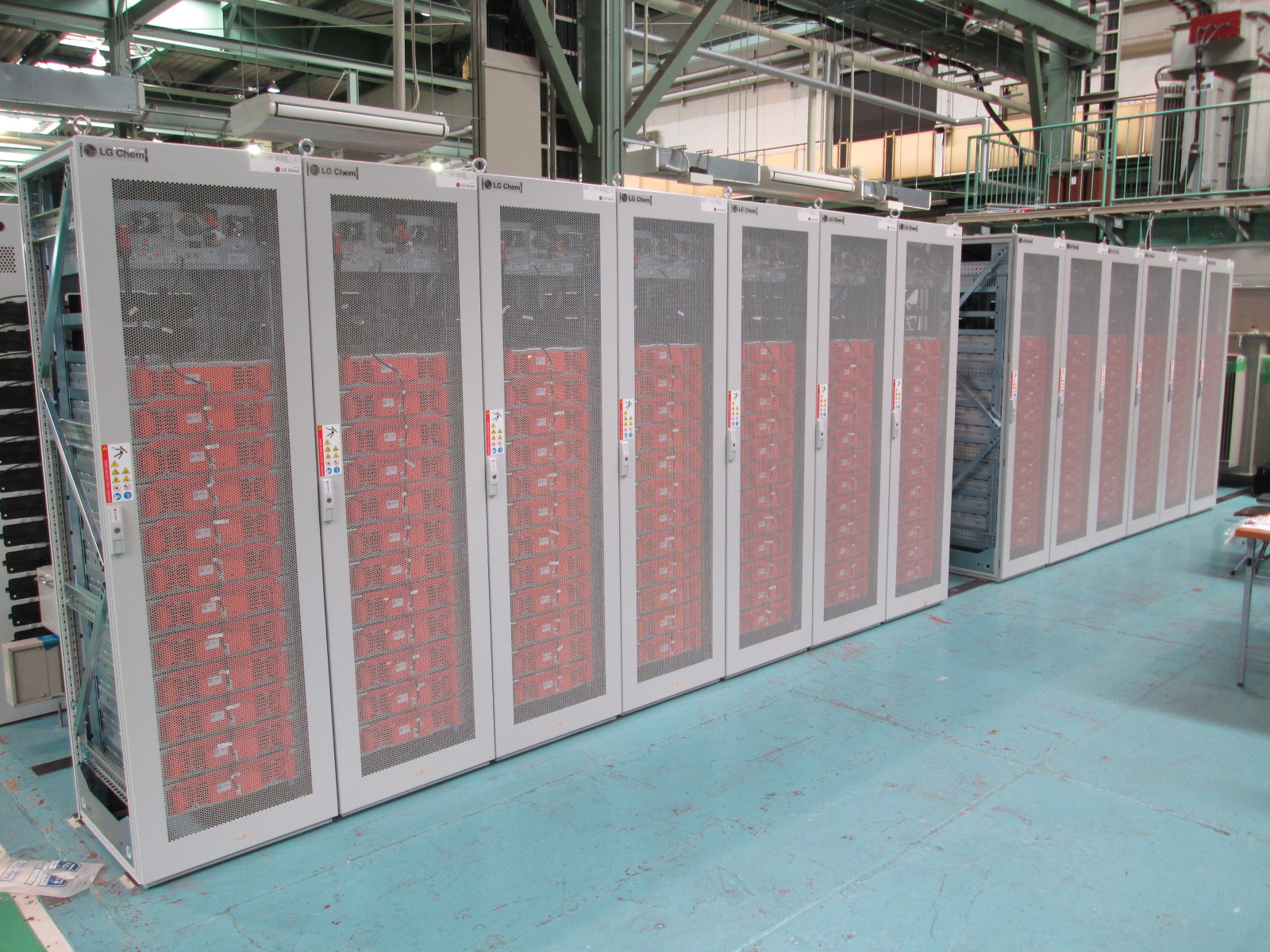 A new study from Navigant Research into the strategy and execution of various lithium-ion battery providers in the utility-scale energy storage industry identified Korean companies LG Chem and Samsung SDI as “leaders” of a rapidly-growing sector.

Companies in the “contenders” category just below that are China’s BYD and Japan’s Panasonic and Toshiba, another South Korea-headquartered company, Kokam, along with Saft (France) and Leclanche (Switzerland). In a third and final ‘challengers’ category, are Canada’s Electrovaya and Chinese company CATL.

Navigant found that manufacturers of lithium batteries, now the go-to solution for most large-scale stationary energy storage developers as well as for the EV and consumer and portable electronics spaces, are becoming more and more competitive. The company claims that with the 29GW of stationary grid-scale batteries it has forecasted for deployment by 2026, the value of the market will balloon from US$2.9 billion in 2017 to more than US$23.1 billion by that year.

Regulatory changes and incentives in the key regions of North America, Europe and Asia-Pacific are expected to provide powerful drivers for those three to lead the world, the report’s authors said. Low cost and high performance are the technology’s greatest strengths, while its longevity and safety aspects remain potential disadvantages against other battery types. 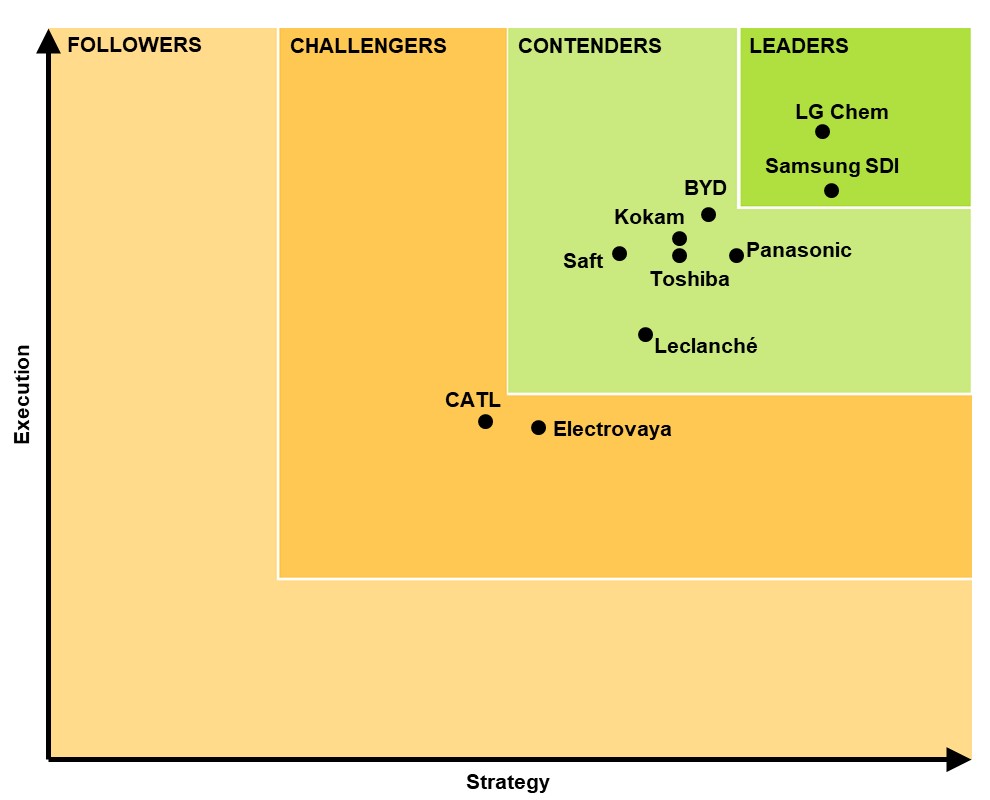 Navigant selected only vertically-integrated vendors that manufacture their own battery cells and not outsource them to outside manufacturers and that have a dedicated business for grid storage, with enough scale and partnerships in place to deliver battery cells or modules into more than one national market. It also excluded companies facing bankruptcy proceedings.

Judging based on criteria ranging from geographic reach, pricing, vision and production strategy to technology and staying power, Navigant said only the two clear leaders performed “exceptionally well” in both execution and strategy.

“These companies are multinational conglomerates that have made Li-ion battery ESSs an integral part of their business, offer a competitive product, have reported dozens of profitable deployed systems, and have the financial resources to offer competitive warranties,” Navigant analysts including lead author Ian McClenny said.

The leaders have also implemented integrator capabilities into their lithium-ion storage business models. The research firm said it believes LG Chem and Samsung SDI could hold this leading position for both current and next-generation lithium batteries “in the coming years”.

Meanwhile, those in the ‘contender’ categories have exhibited “required staying power in the market” as well as having significant financial capabilities to invest in their market presence. Both ‘contenders’ and ‘challengers’ – which utilise a variety of market strategies – still have some barriers to overcome to reach the heights of the two leaders.