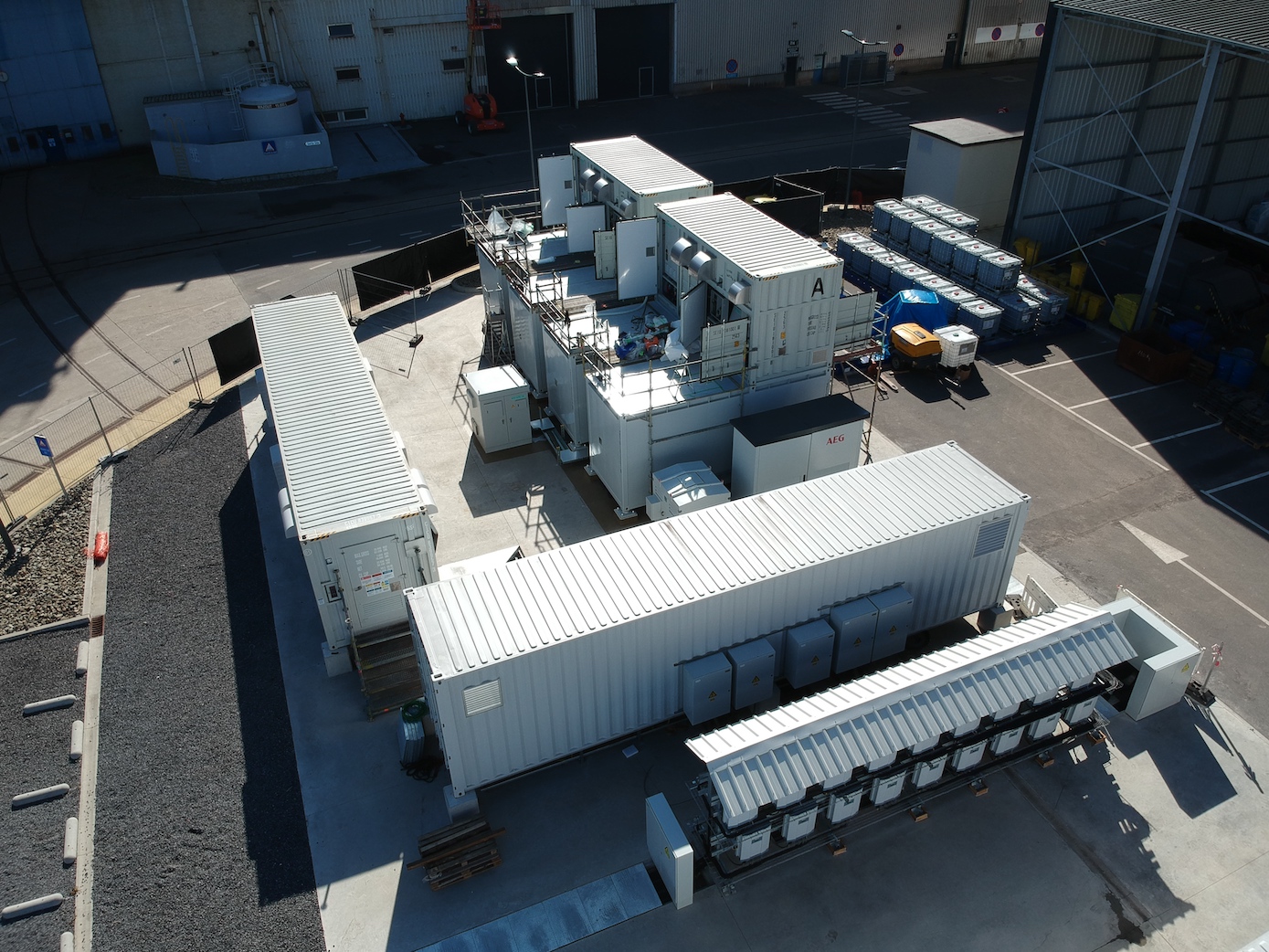 ‘Europe’s largest’ energy storage pilot project at an industrial site, combining 2MWp of rooftop solar with a total of 4.2MWh of energy storage across a lithium-ion battery system and two flow batteries has been inaugurated in Belgium.

The distributed resources have been integrated into the microgrid ‘MiRIS’ (‘Micro Réseau Intégré Seraing’), a project “demonstrating the advanced integration of intermittent renewable energy resources” with batteries, producing a dispatchable energy resource, at the headquarters of CMI Group, a manufacturer of steam heat recovery systems, boilers and other thermal equipment for industry. CMI claims it is the largest project of its type so far in the continent.

Located in Seraing, Belgium, CMI subsidiary CMI Energy’s president said the project can help “eradicate the major flaw” of renewable energy, namely it’s intermittency of production. When the project was first announced, Jean-Michel Gheeraerdts also acknowledged that energy storage has other benefits that could increase its value even further.

“Energy storage and management can be applied in a number of fields as an alternative to diesel generators for unconnected regions, as a way of deferring investment in parts of the network, as a means of optimising existing photovoltaic or wind systems, and as an enabler of participation in the primary or secondary reserve markets,” Gheeraerdts said.

A CMI Group spokesman told Energy-Storage.news today that the company is investigating C&i energy storage for potential customers in markets including Belgium and Germany that want to become “autonomous” and free from pressures of rising energy costs by securing their own onsite generation and storage. As might be expected, many C&I customers will want to mitigate the impact of peak electricity pricing in both Belgium and Germany where, CMI spokesman Laurence Petit said, “cases are similar” while in the case of Germany, customers may also want to use their batteries to participate in primary reserve markets for balancing the grid’s frequency.

Coincidentally, at Intersolar Europe this year in June, Alvaro Garcia, who is a service partner for BYD batteries through his company EFT, told Energy-Storage.news that the C&I sector in Europe, though still largely unlocked, is potentially the most exciting market segment for energy storage in the continent. So far the fastest-moving C&I market appears to have been in the US, based mainly on the high peak pricing levied onto commercial electricity users in many states of the country.

CMI Group’s Laurence Petit also said today that CMI’s existing or potential customers with high power consumption in regions such as Africa are often dependent on expensive and polluting diesel gensets, which again can be replaced or offset by renewables-plus-storage. The CMI spokesman also identified supplying resilient power to sectors which are most vulnerable to both the social and economic effects of outages – anywhere from hospitals to mining operations – were also of interest.

This article has been amended to reflect that 4.2MWh is the total capacity of the combined energy storage systems, not the lithium-ion portion alone as was originally reported. 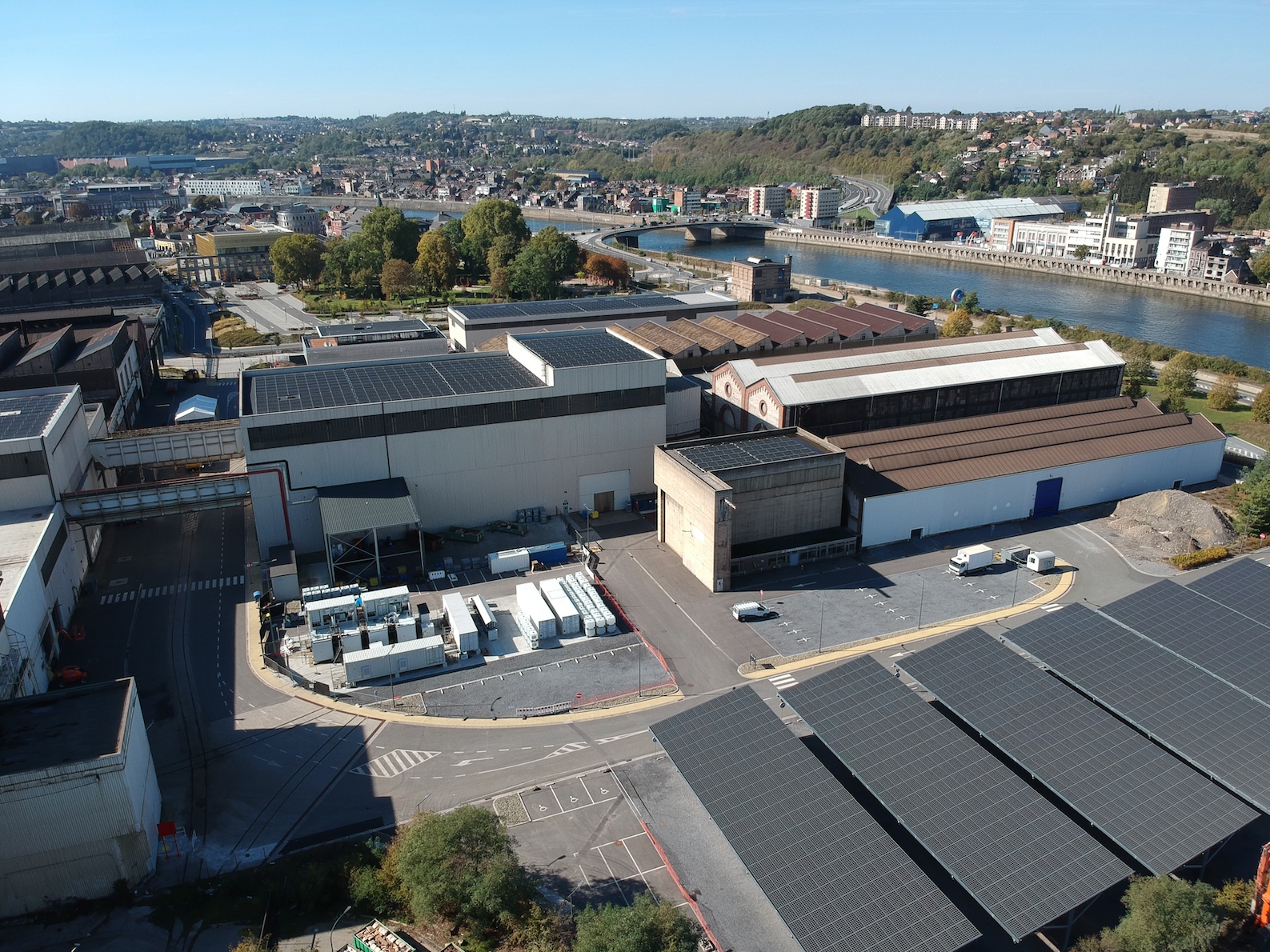