How to field questions from billion dollar investors, with Jigar Shah 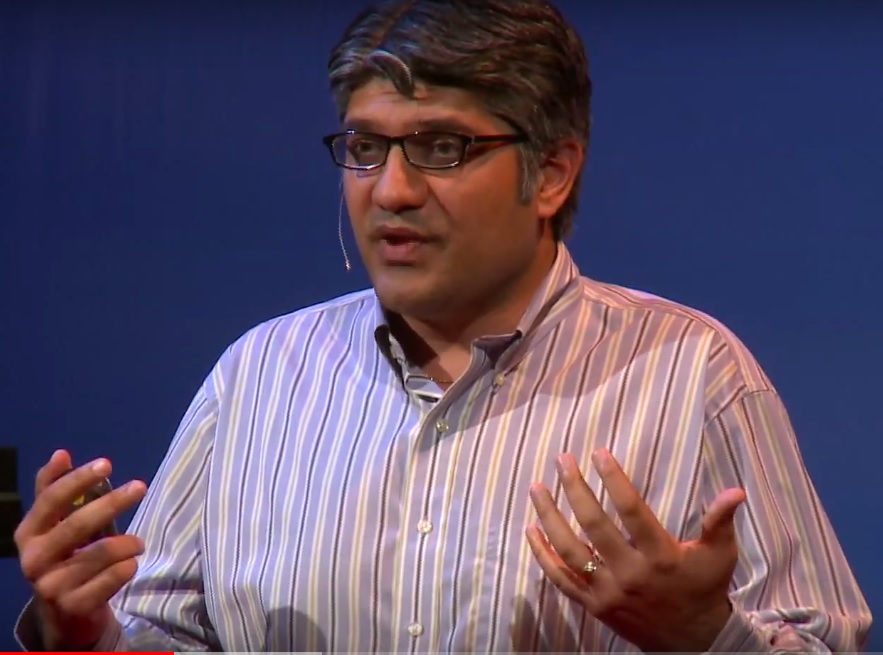 What got this project up and running? What were the key value propositions for the school district that will be getting these solar-plus-storage solutions?

Well, as you can imagine, at the end of the day we like to talk about how solar is cheap and solar saves money. But it doesn’t actually save that much money for that particular customer [Santa Rita School District]. For a school district that has a US$50 million-a-year budget, US$40,000 a year in savings is not a big deal, even if it’s [a] 20% [saving].

What’s really amazing about this story is that the school is saying, “…the reason we went solar is for the energy storage. For us, we have kids here and we have real resiliency problems and when that happens, if we can run the school for 2-5 hours, we can actually evacuate the school or do what it needs to do to make sure the kids are well taken care of. That’s worth a lot of money to us”.

With residential or even some commercial energy storage, it’s been hard to put a value onto the backup. For a public body or a school with mission critical functions and a duty of care to the kids, does that make it a bit easier for the project to put an economic value on it?

That’s the trick! I’m still not sure that I can actually put a number on it. But they’re willing to trade the savings from the solar for the resiliency. So the school is still saving money on the solar-plus-storage system, they’re just not saving as much.

It that because you need to add the longer duration storage for backup and extra capacity?

Right. And from the school’s point of view, they’re saying, “we get this essential service for our kids and we can now double as an emergency shelter if something were to go wrong in the community because of this capability,” that’s priceless. Being able to trade dollars they didn’t have in the budget – the savings they created out of the solar – for this priceless public service, that’s a big deal

So at this point in California, the vast majority of the early adopter environmentalists have gone solar. And so now, we’re going after the mass market to get even more solar installed in California so we can get to 100% renewable energy, as set out in the legislature’s aspiration.

To do that, we need the decision makers to see the value of what we’re providing. And a lot of them are far more compelled by the energy storage [than by the solar].

Well, SGIP is certainly useful but it’s [overall value proposition is] honestly more about the savings on the solar. We’re asking people to trade some of the savings from the solar to get the resiliency from the storage. So if the solar is really tight, if you’re in a market where solar barely saves the customer any money, then it’s tough to make things work. So the SGIP is useful but not vital.

Ultimately, this is about getting people to be passionate about the solution. This stuff doesn’t sell itself. There’s some sales person that has to be reallocated to sell this stuff. And if the installer isn’t excited about the margins that they make from the solution, they’re not going to tell their sales person to sell the next system.

We’re talking about the value of the backup power, but the peak demand and bill reduction is obviously a component too. Going forward, would you guys look at commercial projects in the way Stem or Green Charge does and see peak demand reduction as a bigger portion of your business model? Or is it really backup power as a sweet spot?

Both are available. If you do a battery-only system, of which we fund many, then today you really do need a subsidy from SGIP. The demand charge savings alone don’t cover the cost of the battery. So that subsidy can come from SGIP or in the future it could come from the solar savings. The customer can contribute the solar savings to subsidise the battery because they want the resiliency.

We’re the largest owner of behind-the-meter storage assets in California, so that is an investment strategy that we believe in. But I think that the solar-plus-storage breakthrough here is really about [sales]. This project, being the largest coming out of the SGIP programme, actually can be replicated and there are thousands of solar sales people looking for something to sell right now. So this is something they can sell to their public sector and other clients.

Back in 2015, in an interview you said not scaring banks away was the key to financing energy storage. Is it really a question now that it’s easier to get a sense of what the risks are, to mitigate them, and so on?

Well, the technology risks are still there. We’ve put in a lithium-ion battery solution here which is quite well understood and respected but had we been asked to put in a brand new technology that came out of the lab last week, we may not have financed that. So you still have to worry that you’re not going to scare the banks away!

It always seemed that while there is an evangelical slant to how you talk about clean energy and decarbonisation, as a financier is there a practical sense of initially finding those niche markets where things are first working?