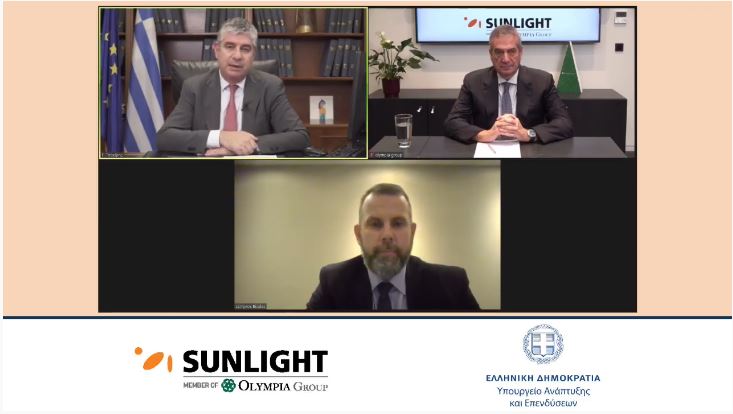 A €105 million (US$127.6 million) push to develop low-cost, environmentally-friendly lithium-ion battery technology by Sunlight, a designer and manufacturer of batteries headquartered in Greece, will receive €49.9 million in grant funding.

Sunlight’s plan has been deemed an ‘Important Project of Common European Interest’ (IPCEI) under the European Union’s European Battery Innovation (EuBatIn) proposal, and the company has been approved to receive state aid from the Greek government under that categorisation. Germany’s Varta also received funding from its home government in July to pilot the production of large-format lithium-ion cells with €300 million in support to transfer the company's existing lithium-ion technologies to the new format as an IPCEI.

The plan involves the building of a research and development (R&D) facility in Athens, and Sunlight said it will fund the remaining €55.26 million of the total expected cost of €105.26 million. The company already has one R&D facility in Xanthe, Greece.

Sunlight is the first Greek company to be a part of an IPCEI consortium and the country’s Ministry of Development and Investment decided that the benefits of investing in a green future and the innovative nature of Sunlight’s project were worthy of funding, Sunlight said.

A company spokesperson told Energy-Storage.news today that Sunlight wants the lithium battery technologies it develops to play a key role in areas including automated guided vehicles, electric buses and shipping, as well as in “smart storage systems for renewable energy sources”. Whilst the company is technology agnostic, the spokesperson said, the research facility in Athens “will be used to further develop lithium cells”.

It’s a timely announcement, with the EU having just published a set of proposals for the European battery value chain that includes stipulations that makers and suppliers must provide carbon footprint declarations from mid-2024 – and then adhere to maximum carbon footprint thresholds from mid-2027. The proposals also include a wide range of other measures to address concerns over responsible sourcing of materials, sustainability and other issues.

The spokesperson for Sunlight said that “sustainability is a core objective” of the company being awarded the state aid funding, with Sunlight aiming to “adopt design and manufacturing principles that minimise the environmental footprint of batteries”.

Several aspects of the company’s strategy were highlighted. The representative said that Sunlight aims to explore innovative water-based meths for electrode manufacturing, thus minimising the use of organic solvents; that Sunlight’s cell designs are cobalt-free; the company wants to develop large format cells which would minimise the use of raw materials; design battery systems “with the objective to be easier to recycle and retrieve raw materials” and finally to make battery electronics that are designed for second-life use, thereby extending their usage and minimising the environmental impact that they create.

“As far as the manufacturing process is concerned, the company plans to evaluate raw material suppliers not only on their quality and price, but also, on the sustainability footprint of their product. They also aim to establish carbon free production lines, through the use of renewables,” the Sunlight spokesperson said.

The facility is expect to create up to 1,500 jobs both directly and indirectly, including employment for specialised scientific personnel, as well as creating collaborative opportunities with academic institutions.