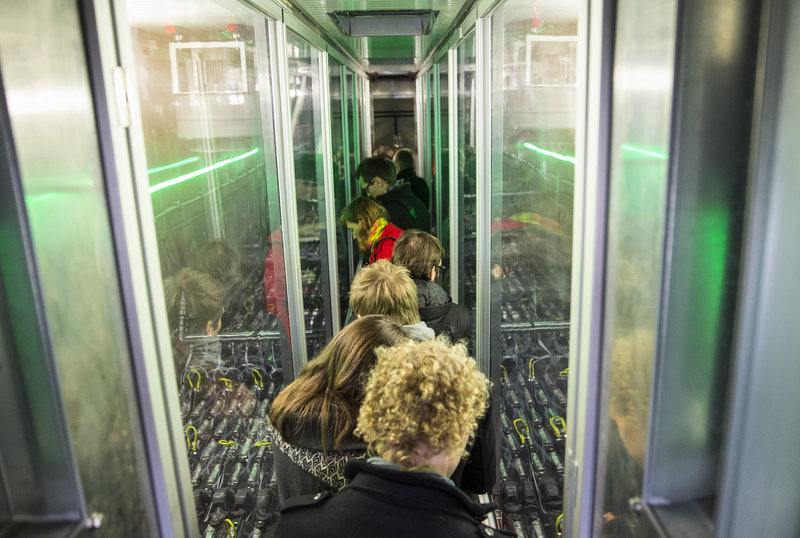 Officially opened in 2017, the single-digit megawatt-scale energy storage system at Alt Daber solar farm in Germany was something of a milestone, but the scale and scope of the technology’s application appears to be evolving. Image: Belectric.

Not only can energy storage be used to “mimic” the roles of existing assets in the electricity network, a gigawatt-scale initiative in Germany shows how ways of thinking about energy storage could save transmission and networks “billions of dollars”, the COO of Fluence has said.

A portfolio of 1,300MW of energy storage was recommended for Germany’s transmission networks in a grid development plan for enhancing network stability, produced by the utilities that own those networks. In a recent white paper, Fluence looks at what it calls “Energy storage as virtual transmission,” taking the example of the German grid operators’ plan, called “Grid-Booster”, as a means to put this ‘virtual transmission’ concept into action at gigawatt-scale. The plan is currently seeking regulatory and policy approval.

“Though we’ve worked on a variety of things, when we first started on storage we were most focused on generation alternative jobs and improvement of the existing generation fleet,” John Zahurancik, COO at technology provider Fluence – itself part-owned by Germany-headquartered Siemens – said in an interview at Solar Power International in Utah a few weeks back.

“I think what we’ve seen most recently now is more and more wires alternatives becoming something where storage actually suits the bill…I think the really neat thing to see right now is that we have proven energy storage I think is viable and able to meet the kind of rigorous performance standards of the electric utility sector needs that people are looking at more and more cases on the transmission and distribution wires system to bring storage in,” Zahurancik said.

In the Grid-Booster example, grid stability can be aided and network costs potentially lowered by adding that huge portfolio of energy storage. Instead of building a separate, third transmission line for backup transmission capacity (the N-1 grid reliability standard which allows for redundancy), two utility-scale energy storage systems, will be placed at either end of the two operational transmission lines. Obviating the cost of operating the third line while rarely using it, if ever, could enable greater efficiency being wrung from existing power transmission infrastructure.

“Upgrades could be a billion dollars, or multiple billons of dollars. Putting storage at either end of it, could help you ride through the condition at a much lower cost and then that could be relocated to another place if and when it becomes sensible to [physically] upgrade that line,” Zahurancik said, adding that this could happen in “places where we have limitations on the use of the transmission lines and its’ difficult to upgrade or investment is so ‘lumpy’.”

Speaking separately about the proposed project at this year’s Solar & Storage Live event in the UK, Zahurancik’s Fluence colleague Marek Kubik explained that despite the fact that those systems are intended to be used solely to relieve transmission constraints and will not play into the energy market, the systems will pay back in a “handful of years”.

The “particular challenge” for Germany is that “all of the wind is in the north and all of the demand centres are in the south, where coal and nuclear plants are shutting down. Meanwhile, Kubik, a market development director at Fluence said that constraints of wind power are worth more than a billion Euros per year and as the country’s four grid operators identified, there is a huge amount of under-utilised pole and wire infrastructure.

“Existing poles and wires have a lot of constraints, upgrading them takes a lot of time, and batteries can do the job by basically giving you your contingency instead, your N-1 contingency, because these lines can carry more power on them than they are [at present], but regulatory conditions limit them [from doing so],” Kubik said.

“When you see three power lines, two are carrying electricity and the other one isn’t. You replace your N-1 with the battery, which is just backup, meaning you can use all three power lines and if it’s carrying 500MW, you’ve got a 500MW battery that replaces it. It can be just a few hours of generation, just long enough for the TSO to come in and balance the system.”

Kubik also said that its interesting to see the four TSOs propose a diversity of ownership and business models for the large-scale systems. When GridBooster was proposed early this year, it was revealed the 1,300MW could be split among just a handful of batteries in the service areas of Germany’s four transmission system operators, with the largest single project at 500MW. One of those operators, TenneT said in a paper on GridBooster that it is one of the most promising among various concepts “of automated grid operation” being developed by a collaborative research project, dubbed InnoSys 2030. That project brings together 17 stakeholders from transmission and distribution system operators, control system manufacturers and research institutes, finding ways to increase network utilisation that can later be put into action. Existing international initiatives, such as France's Project RINGO, have already proven the concept, Marek Kubik said.

In a separate project, TenneT along with energy storage company Sonnen (now owned by Shell), trialled the use of interconnected home solar-plus-storage systems and blockchain ledger technology as another means of balancing the grid across Germany – and parts of the Netherlands. Meanwhile, energy storage has long been proposed as a promising 'non-wires alternative' to transmission and distribution infrastructure for a couple of years but the idea appears to have more recently gained further traction – and been seen in practical and often commercial applications in the field.