UK liquid air energy storage (LAES) start-up Highview Power said its first ever 250MWh ‘Cryobattery’ installation will be placed at the site of a decommissioned thermal power plant in the North of England and could be Europe’s largest 'battery' system when completed.

The company is a designer and manufacturer of liquid air energy storage (LAES) systems and claims that the technology enables the safe and reliable storage of energy at large scale and long durations, without requiring significant scale-up in costs. Company CEO Javier Cavada wrote a technical paper about the LAES systems and their economic appeal for our journal PV Tech Power earlier this year.

Highview has been in the public eye over the past few months after Energy-Storage.news in June reported that several 50MW / 250MWh sites are in development in the company’s homeland, as well as the potential for development in the US.

“We will start construction next year, we have commenced agreements, we have the firm services to be provided to National Grid and it will be the largest battery system in Europe at 250MWh,” Highview Power’s Javier Cavada told Energy-Storage.news yesterday.

Keeping the decommissioned power plant site ‘on the map’

The project is planned as the first of five of the same size to be developed in the UK by Highview, and Cavada said the choice to replace a fossil fuel plant site on the grid was instrumental.

“We will be using the same connection and the same electrical infrastructure [as the thermal plant], so there is no need to make [new] transmission lines. So where we are they are decommissioning a fossil fuel plant, we will use the same point of [grid] connection for the cryobattery.”

The LAES system will perform many of the same tasks that the thermal plant has done, as well as “getting electrons from the grid that are hopefully more and more renewable every day and shifting them to the right moment to meet demand,” and will be able to provide voltage support, inertia and other services to the grid.

Highview said it is currently still in discussion with potential off-takers for other services and applications the cryobattery system could provide, with market arbitrage, frequency management and grid constraint management services among its other potential uses.

Highview CEO Javier Cavada said that utilising the existing infrastructure maintains the “economy of location”. Highview built and launched its first megawatt-scale demonstration plant for the technology in Greater Manchester, in early 2018.

“The importance of that location will be ‘vanishing’ when decommissioning the thermal power plants. We will have a high tech, cutting edge technology, a storage plant that will keep that location ‘on the map’ from an electric map point of view and from a technological point of view we’ll be several levels up [from where we were],” Cavada said. 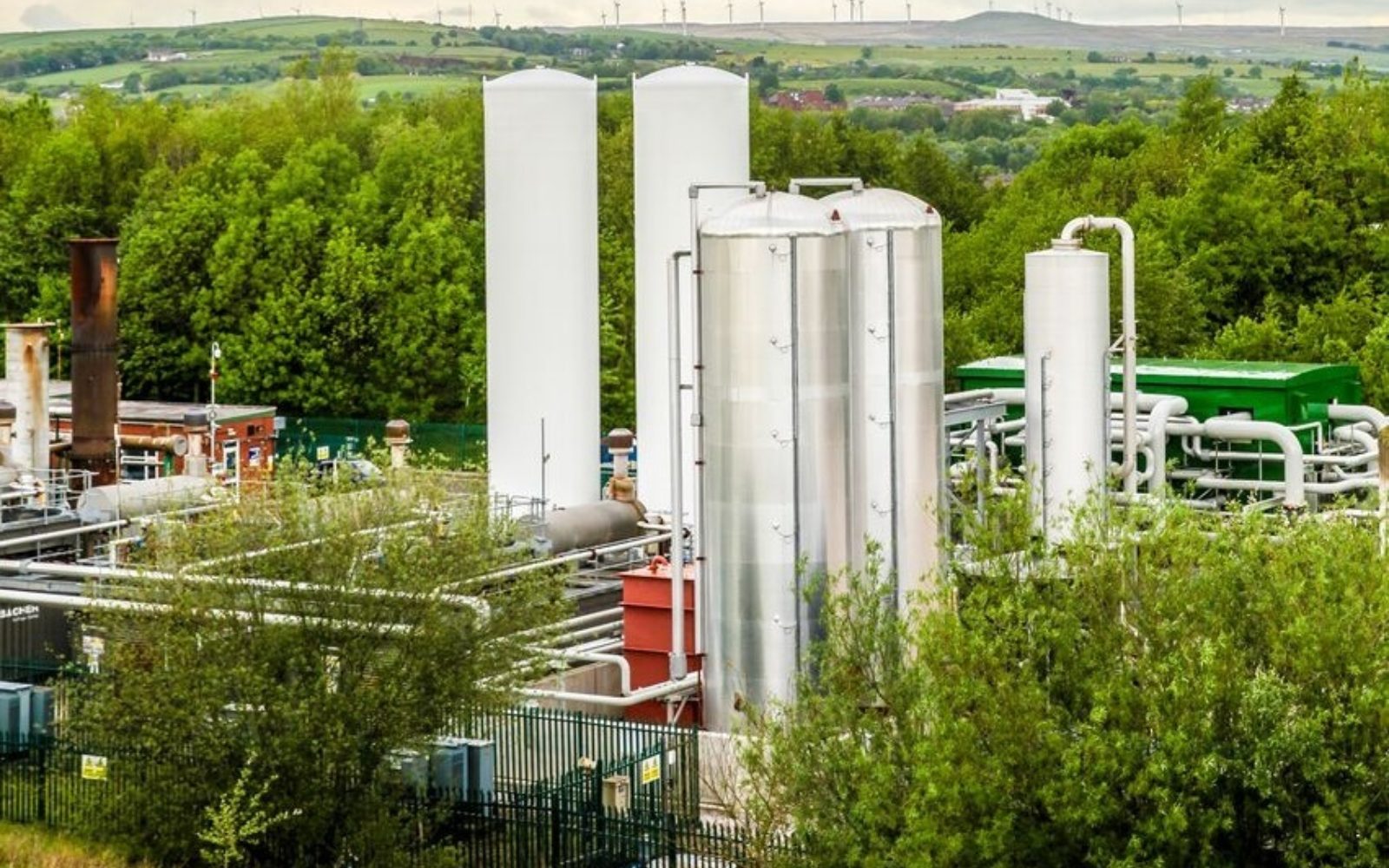 Advantage lies in potential for large scale and long duration

One of the key advantages of the LAES technology, at least on paper, is that storing more energy for longer durations can be done by simply scaling up the size of the tanks used. CEO Cavada argues that this means doubling capacity of a system can be done with only a 10% increase in Capex, as opposed to electrochemical battery storage, where doubling in capacity or duration often equals augmentation of cells and other associated costs.

“Our technology, from a certain size, from 25MW and four hours onwards, going up into 25MW to 50MW, 75MW to 100MW and four hours’ [duration] to five, six, even up to 10 hours and beyond, our costs are coming down exponentially, so we are getting economies of scale, in terms of cost per megawatt and megawatt-hour.

“Lithium-ion and let’s say electrochemical units and cells, the costs are growing linearly, while in our case it’s a curve, so the smaller the more expensive, the larger the cheaper.”

Highview claims the point of inflection for its technology is at around four hours of storage, beyond which CEO Cavada said LAES is “not beatable, because the larger you make it the lower it goes [in costs]”.

As before, Cavada said, the “real competition” for Highview remains the use of fossil fuel power plants, rather than other energy storage technologies. While shorter duration storage needs can be met with a variety of technologies including lithium and potentially flow batteries, Highview’s sweet spot is 50MW storage systems with more than five hours of storage duration, the CEO said.

“We are simply starting now the entry of larger-scale, longer duration [energy storage] into the UK grid which will help integrate renewables more quickly, it’s (renewable penetration on the grid) going to more than double and treble and then reach 60% renewables pretty quickly, and beyond.”